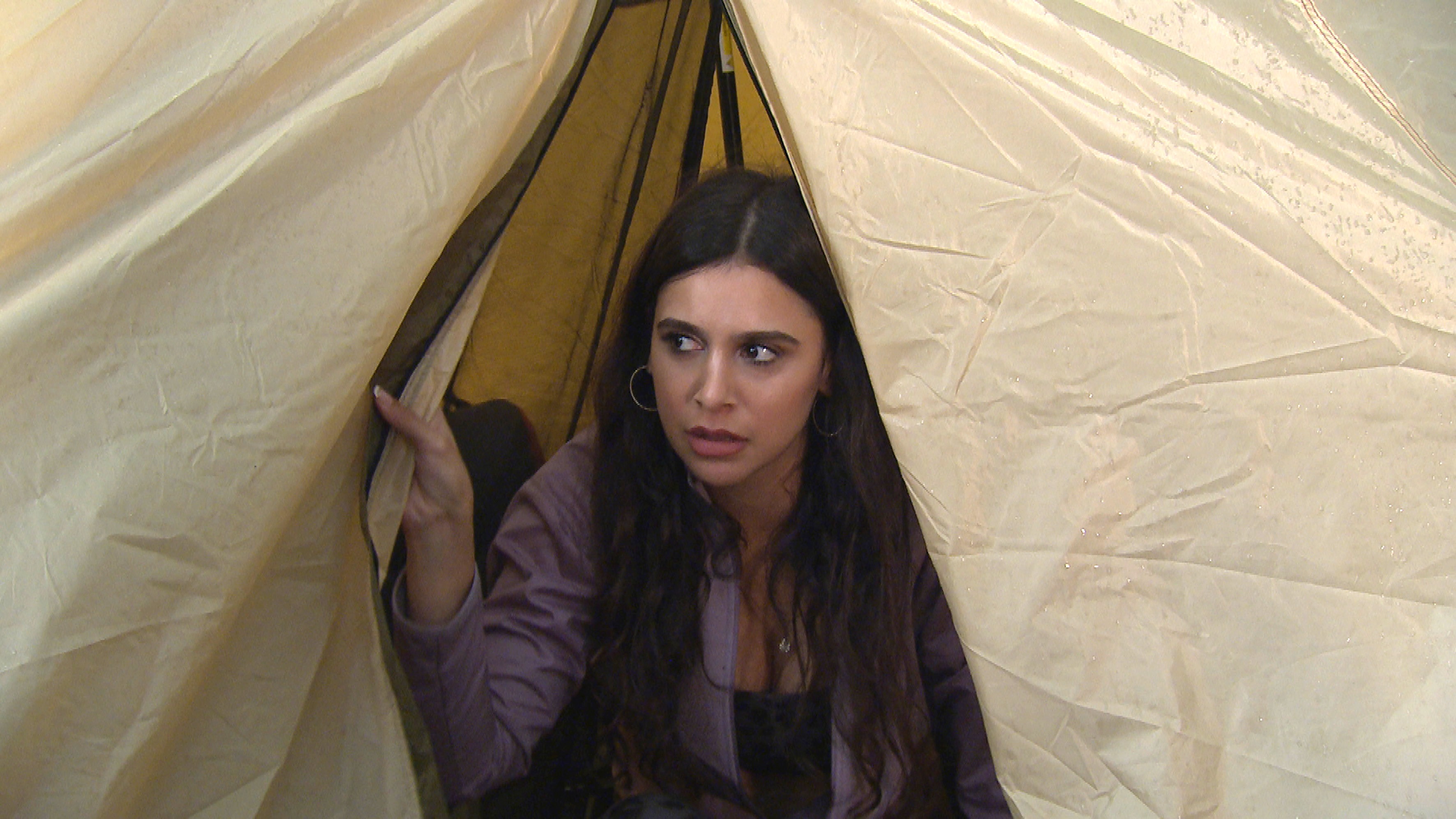 Meena Jutla (Paige Sandhu) has just one mission in mind for the upcoming Emmerdale survival event – and that’s to ensure that Victoria loses, literally. Having overheard David Metcalfe (Matthew Wolfenden) confessing he reciprocates the love Victoria Barton (Isabel Hodgins) has formed for him, Meena is seething.

She has long been on edge when it comes to Victoria but now that she is on the cusp of losing David to her, it’s time to take action in her mind. And she plots a horrific murder.

Recent filming on location saw Victoria struggling in water, with David apparently leaping into the water to try and save her, which might not be a part of Meena’s ploy.

With Meena planning Victoria’s murder intricately and scenes which involved fatal stunts, it seems like it could be the end of the line Victoria.

Has her fate been sealed?

Speaking about the scenes ahead, Matthew enthused: ‘Beyond the shooting and the siege, David does recover and we’ve got a huge week coming up which we’re filming at the minute which has something to do with Meena.

‘There are four big stunts that happen over the course of that week. We’ve just been filming that over the past month.

‘Two of them in particular have never, ever been done before on a soap. I’m covered in bruises and cuts and it’s been fantastic.’

Maybe less fantastic for Victoria if Meena has her wicked way.