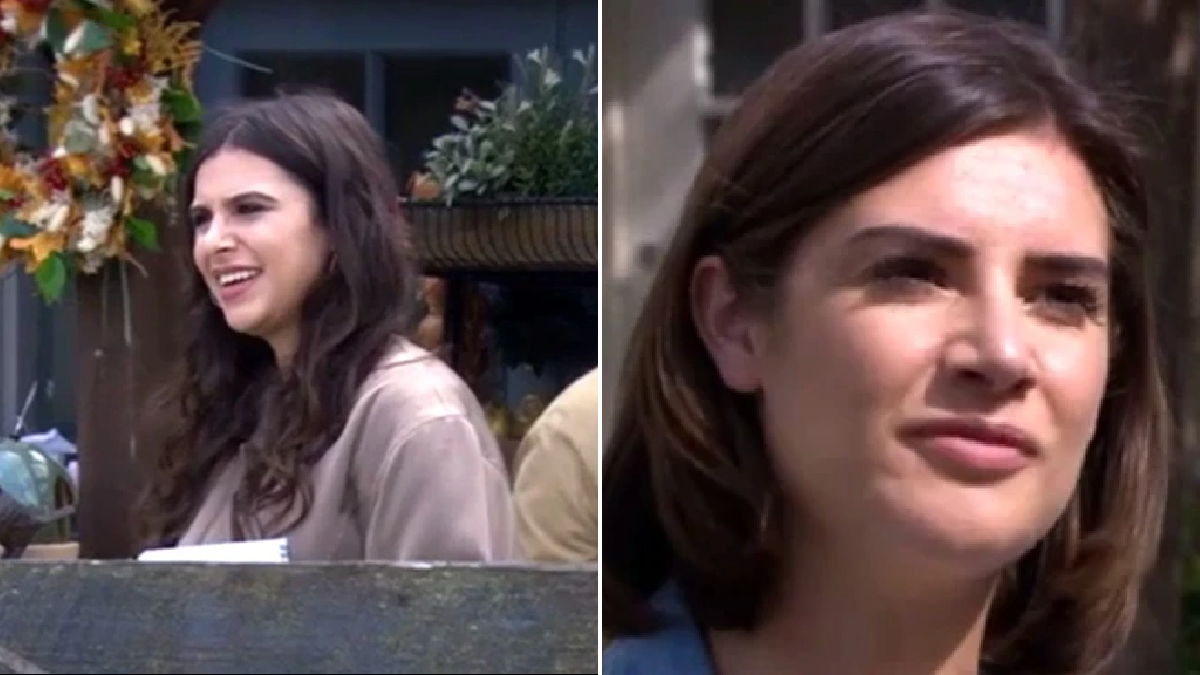 Last night, after swapping David’s medication, Meena continued to isolate him from the world and, more importantly, Vic.

Despite her attempts at seeing David, Vic couldn’t get passed Meena so tonight, she tried again.

In the house, unwell David remained in bed as Meena checked his phone, clearly growing frustrated over Vic’s constant texts.

After an interaction with Pollard (Chris Chittell), who told her to stay away, Meena stormed over to the shop.

Attempting to be forceful, Vic tried to stand her ground and almost pushed past Meena, wanting to check in on David.

But Meena stopped Vic, telling her she didn’t need to speak to David about the bravery award, as she had already done it.

Vic was confused at Meena’s behaviour, pointing out how reluctant she was over the award yesterday, but keen to put David’s name down for it today.

The two women locked eyes as Vic said, ‘I’m onto you’, and walked away.

Onto her she may be, but little does Vic know what’s ahead.

A trailer has been released that shows Meena on a mission to kill, but can Victoria make it out of the deadly week alive?