Vikings season six, part two was the final instalment in the historical drama and fans met Elsewith, the wife of King Alfred the Great (played by Ferdia Walsh-Peelo). Elsewith was a pivotal character when it came to the final battle in Wessex, against Alfred and Ivar (Alex Høgh Andersen). The show’s creator Michael Hirst spoke exclusively to Express.co.uk about Elsewith and her role.

Who is Alfred’s wife?

The final episodes of Vikings followed Ivar the Boneless as he defeated Prince Oleg (Danila Kozlovsky) and travelled back to Kattegat.

He found returning home was not the best decision as he did not feel his life had been fulfilled.

Ivar and Hvitserk (Marco Ilsø) made the decision to gather an army to travel to Wessex in England and avenge their father Ragnar Lothbrok (Travis Fimmel).

In Wessex, viewers saw Elsewith, who was the wife of an older King Alfred the Great.

She was against her husband’s decision to flee the kingdom, believing they should stand their ground. 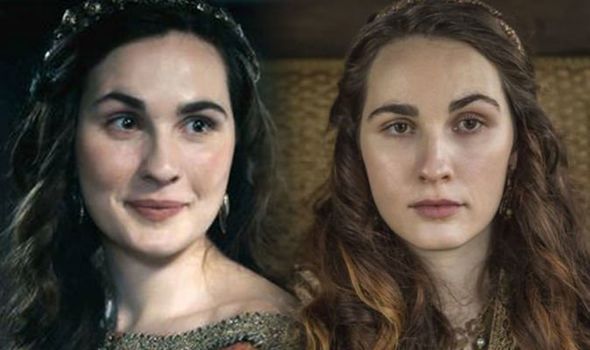 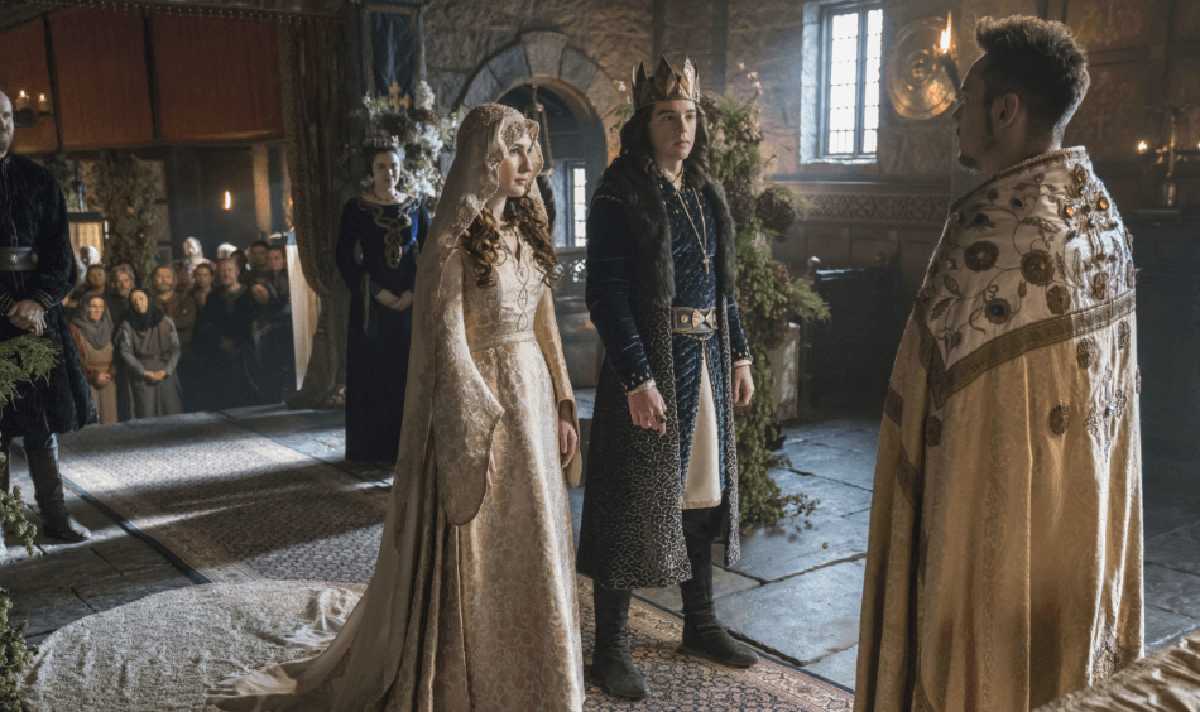 She explained to Alfred how the Vikings had been manipulating him by calling for peace treaties and never delivering on them.

Elsewith said her husband needed to make a stand against the Vikings once and for all, otherwise, Wessex would be lost.

In the end, she encouraged Hvitserk to be baptised, proving his loyalty by renouncing his Pagan faith.

Creator Hirst explained the idea between Elsewith’s character, who is based on a real historical figure.

He said: “I wanted to give her some agency. We had some Viking women fighting and being equal to the men, and being strong. 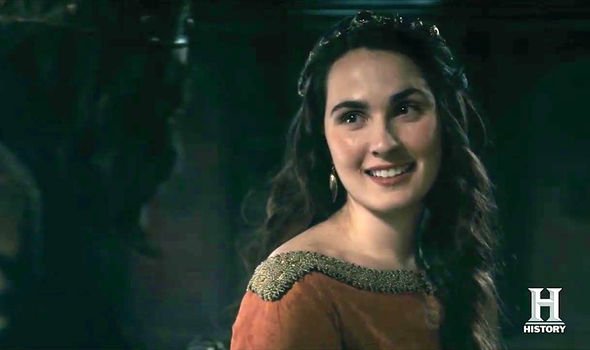 “We also have some strong Saxon women, but Elsewith was an extraordinarily strong-minded woman.”

As well as keeping their kingdom safe, Elsewith had the added burden of looking after her sick husband who suffered from a mystery illness.

Hirst added: “Alfred did have a recurring illness and she had to nurse him through, and at the same time have his back.

“She worked very hard, she had prestige, but in the last season, I wanted to give her more than a ceremonial or domestic role.

“When Alfred and the bishop decided to hustle her away to safety, she decided she wasn’t going to. 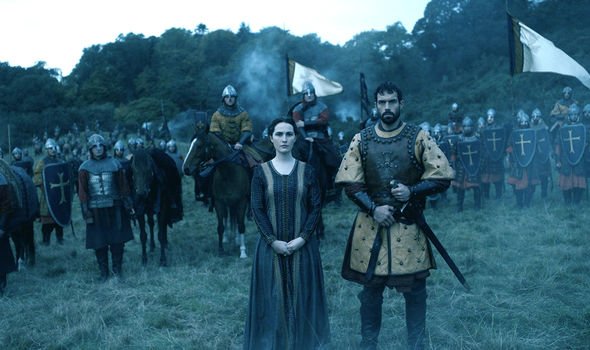 “The old Alfred would have conceded to Ivar as they were in dire straits, it was Aelswith’s extraordinary bravery and courage that helps drive the cause.”

Roisin Murphy is an Irish actress who is also known for her roles in The Clinic, 100 Code and What Richard Did.

She is based in Dublin and trained at The Gaiety School of Acting for seven years.

The actress is on Instagram and she has shared plenty of behind the scenes photos from season six.

In one hair and make-up shot, she said: “Poor Elsewith was put through the wringer in season six. Love that dishevelled look tho [sic].”

In another post, she said: “I loved the wardrobe so much in Vikings. You could work your whole life and never get to wear costumes like these.

“Also hair & makeup were amazing. I’m wearing extra hairpieces in almost every ep in season five and you would never know [sic].”

Russell Balogh, who plays Bishop Aldulf in the series, also spoke exclusively to Express.co.uk about how his character joins forces with Alfred and Elsewith.

He said: “Filming that battle scene was an amazing experience. When it comes to such battles, the director Steve Saint Leger is one of the best at putting them together and having them play out on screen so intensely.

“I think Michael Hirst and the team did a great job of telling the story while giving the audience that grand finale.

“Seeing leading characters such as Ivar fall, cements in the mind even more that it’s over. I think Hvitserk’s baptism was a great twist and a real shock, seeing what the character has been through in the past.”