With the arrival of Ma Rainey’s Black Bottom on Netflix, playwright August Wilson’s celebration of Black lives once again takes center stage. The film, produced by Denzel Washington and starring Viola Davis, Chadwick Boseman and Colman Domingo, chronicles the day in the life of the legendary blues singer and her backing band as they record music one afternoon in the 1920s. It also marks the second time one of Wilson’s award-winning plays has been adapted for the screen. The first, of course, being Fences, which Washington produced, directed and starred in. The two-time Oscar winner has also made it his mission to make movie versions of Wilson’s 10 plays, known as the Pittsburgh Cycle.

Also referred to as the Century Cycle, nine of the 10 plays depict different generations of African Americans living in Pittsburgh’s Hill District, with the other, Ma Rainey’s Black Bottom, being set in Chicago and focused on the singer. Overall, Wilson’s aim was to bring Black experiences — not just a singular one — in America to the stage, with all 10 eventually performed on Broadway.

“He wrote vital plays,” director Ruben Santiago-Hudson told ET of Wilson’s work. “Plays that had pulses. They reflected each generation and each time specifically in importance and nature of issues of that era. But things change only so much, the disguise just becomes different. August has a lot of revolution in his plays; it’s not just survival, there’s a lot of revolution.”

The last one to make it to Broadway was Wilson’s first play, Jitney, which was directed by Santiago-Hudson and starred Andre Holland among an ensemble of Black actors. It opened at the Samuel J. Friedman Theatre in New York City in 2017, just as Fences was earning accolades, including four Academy Award nominations — with one being a posthumous nod for Wilson in Best Adapted Screenplay — and eventually one win, for Best Supporting Actress for Davis’ performance opposite Washington. 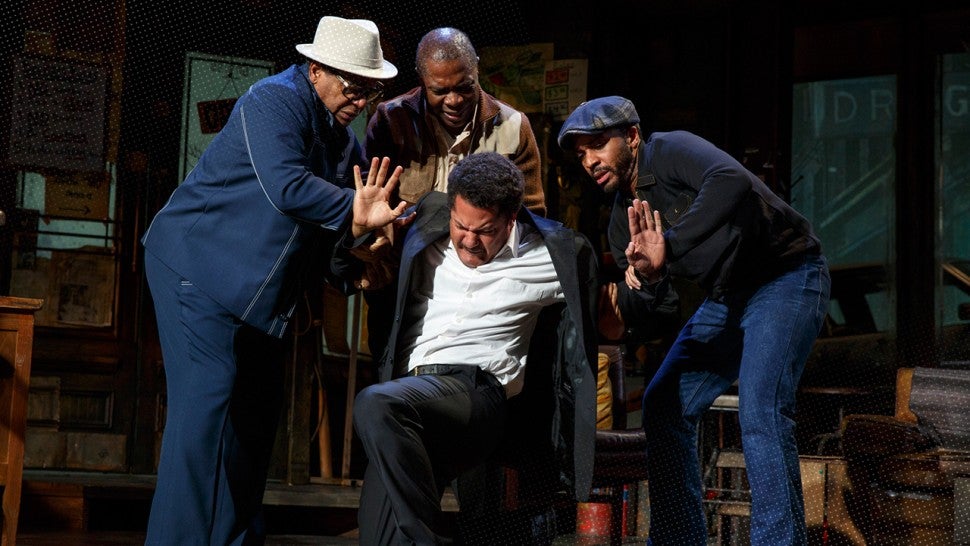 “[Audiences] are being exposed to greatness,” Davis told ET, when asked about the significance of Wilson’s two works being produced for stage and screen at the same time. “I think the worst thing is to be that great and to live in any sort of obscurity, because I know I’ve reaped the benefits of the words and that writing and those characters and those narratives and how much it enriched my life. That’s the beauty of it. People are being exposed to the effects of that writing.”

She added, “He’s no longer unknown. He’s going to be right at the tip of everybody’s tongue. It’s not going to be ‘August Wilson who?’”

“It’s significant because people recognize this extraordinary quality, and it allows the integrity of August Wilson’s star to shine so bright right now,” Santiago-Hudson also said of the zeitgeist moment, sharing Davis’ sentiment.

Several years later, Wilson is back in the spotlight as both Ma Rainey’s Black Bottom and Giving Voice, a documentary produced by Davis and Washington about an annual monologue competition inspired by his work, find their way onto Netflix. The projects also come amid a cultural reckoning in America, as the Black Lives Matter movement not only challenged the systemic and institutionalized racism in all facets of the country but encouraged the importance of Black stories in entertainment.

If director George C. Wolfe had it his way, Ma Rainey’s Black Bottom would have been released during the height of the movement over the summer. But Washington and others discouraged him from that knee-jerk reaction. Ultimately, the most important thing is that the film is out there, available for audiences to see again and again, unlike the play, which people often only get to see that one time. 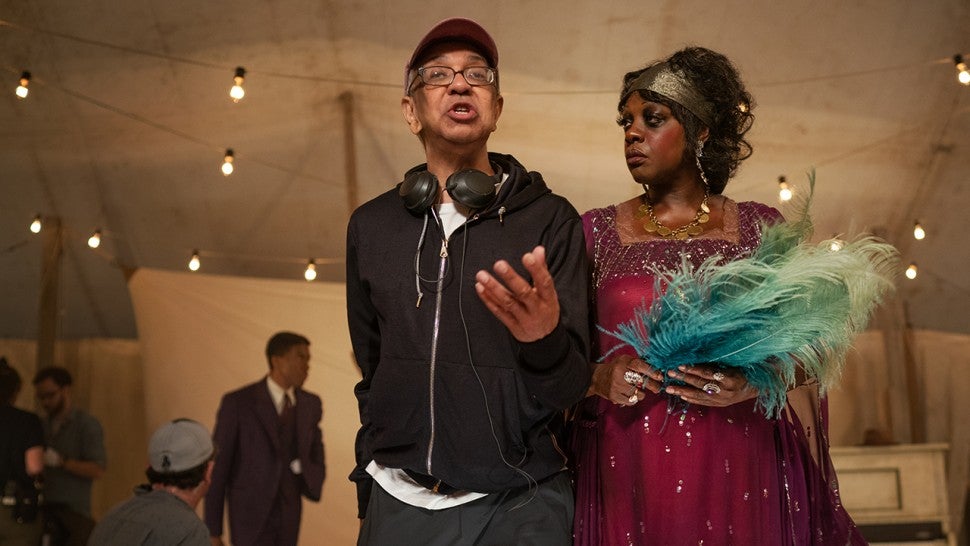 “People all over the world are going to see it,” he tells ET now. “I think that feels really kind of thrilling to me simply because all of a sudden, even people who know nothing about him or who have heard of him but haven’t seen the play will now have his language and his understanding of the world and his characters in their lives.”

And what sets Ma Rainey’s Black Bottom apart from Wilson’s other plays, and perhaps what makes it even more resonate as more stories about LGBTQ people of color are being told, is that it focuses largely on a queer woman. “I think that’s something that needs to be even celebrated more so,” Domingo says, adding that Wilson’s plays tend to be very male-centric and normally don’t include any gay characters.

But when it comes to Ma, the actor adds, “she’s a force to be reckoned with, who was an openly gay blues singer who was fighting so many fights in one day. Just to get through the day, she was a woman, she was a Black woman, she was a queer, Black woman in a male-dominated industry.”

That diversity within the Black experience is even reflected in Giving Voice, and the new generation of performers who are interpreting and performing Wilson’s words in the annual August Wilson Monologue Competition. Every year, thousands of students from across America vie for a chance to perform on Broadway.

And despite Wilson’s work being written decades ago, for many of the young competitors, it still relatable to what many are going through today. “If this play was written a while ago and this is still happening, we need to do something about it,” says Gerardo Navarro, one of the teenage performers in the documentary.

No matter what, with both projects available on the streaming platform, “People will now know the majesty of August Wilson’s work,” Wolfe says.