Meanwhile, Fox co-owned the rights to the character with Disney’s Marvel Studios, so they cast Evan Peters as Quicksilver aka Peter Maximoff for their separate X-Men movies. But now that Disney have bought Fox, MCU boss Kevin Feige can do as he pleases with past incarnations of X-Men and Fantastic Four characters.

Back to WandaVision episode 5 and it was made clear by the dead puppy that Scarlet Witch cannot resurrect the dead.

So when her deceased brother Quicksilver knocks on the door of her sitcom reality, it was Peters’ version of the speedster who some fans reckon she somehow pulled from his Fox X-Men universe into the MCU. After all, Marvel Phase 4 is set to explore the multiverse, with Sony heavily rumours to be bringing back their former Peter Parkers Tobey Maguire and Andrew Garfield for Untitled Spider-Man 3 this Christmas.

But for MCU fans not familiar with Peters’ Quicksilver, here’s our X-Men movie timeline of his character, so you know which movies to go back and watch; some of which are on Disney+. 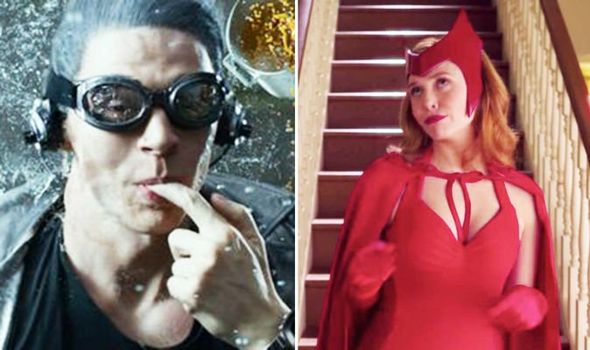 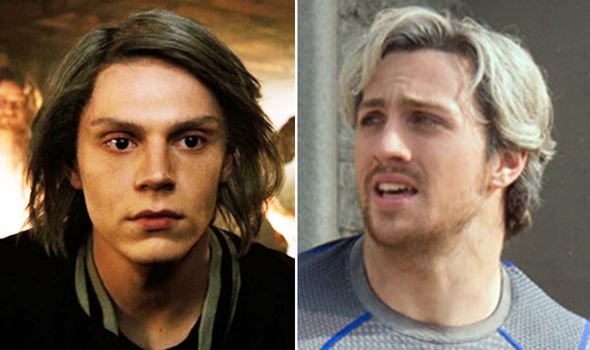 The X-Men movie timeline is particularly crazy and convoluted thanks to time travel, meaning there are two realities across the blockbusters.

We’d actually recommend not watching the movies in release order but in chronological order from the first timeline to the rewritten one since it will make the most sense. 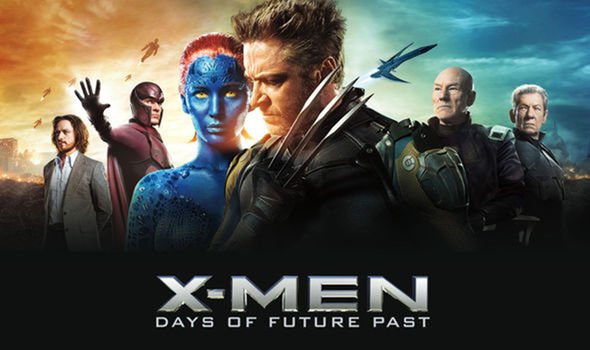 Peters’ Quicksilver features in only three X-Men movies: Days of Future Past, Apocalypse and Dark Phoenix.

It was X-Men: Days of Future Past that changed everything. Set in 2023, the world is a post-apocalyptic landscape and the last surviving mutants hide in pockets around the world from the genocidal advanced Sentinels.

Realising their only hope is to change the timeline, Wolverine, who has his adamantium claws back (presumably thanks to Magneto), agrees to be sent back to 1973.

Well, it’s here that we first meet Peters’ Quicksilver, who is heavily hinted to be the son of Michael Fassbender’s Magneto. After all, twins Scarlet Witch and Quicksilver are his children in the Marvel Comics, although there is no Wanda in the Fox X-Men movies.

Without going into too many spoilers, X-Men: Days of Future Past changes the timeline in 1973 and Peters’ Quicksilver goes on to feature in the 1983 set X-Men: Apocalypse and the 1992 set X-Men: Dark Phoenix.

Although amusingly he doesn’t really age at all over this 20 year period, much like James McAvoy’s Professor X and Fassbender’s Magneto.

Of course, there’s also the two present-day set Fox Deadpool movies which make fun of the confusing X-Men timeline. Peters’ Quicksilver, alongside other Dark Phoenix characters, cameoed for a split second in Deadpool 2 even though they were from the 1990s set film.

Don’t think about it too much, Reynolds’ Merc with a Mouth is all about the meta humour and he’ll no doubt be referencing the Disney-Fox merger when he enters the MCU soon.

Another big difference between Peters’ Quicksilver and Taylor-Johnson’s is the Fox incarnation is American and was born in 1955, while the dead MCU twin of Wanda was a young man in 2015 and from Sokovia.

Interestingly, Peters’ speedster was introduced during the 1980s sitcom era of WandaVision, which would make sense considering that’s the setting of his second of three X-Men movies. Amusingly he’s taken on a Fonzie-like persona from eighties sitcom Happy Days.

As mentioned, our best bet is he’s been drawn in from the Fox universe into the MCU by Wanda since he’s an alternate Quicksilver and she can’t resurrect her brother – ergo he’s the next best thing.

Now considering WandaVision is a prelude to 2022 movie Doctor Strange in the Multiverse of Madness, we’d be very surprised if Peters’ speedster is the only Fox X-Men character to enter the MCU.