Jurassic World: Camp Cretaceous made its debut on Netflix back in September 2020 and in October, it was renewed for a second season. Season two landed on the streaming platform in January 2021 and fans have already binged their way through the eight episodes. In the season two finale, a mysterious creature emerges from a room and it has been referred to as E750.

What is E750 in Jurassic World Camp Cretaceous?

This particular story takes place both during and after the events of the Jurassic World film.

The series follows six teenagers who end up stuck on Isla Nublar after a number of dinosaurs were let loose.

Camp Cretaceous is an exclusive adventure dinosaur camp, but fans have learned there may be darker goings-on.

The final episode of season two was called Chaos Theory and it saw the group attempt to scare off a group of dinosaurs. 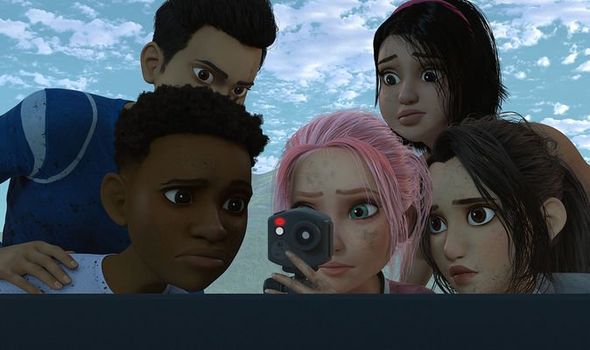 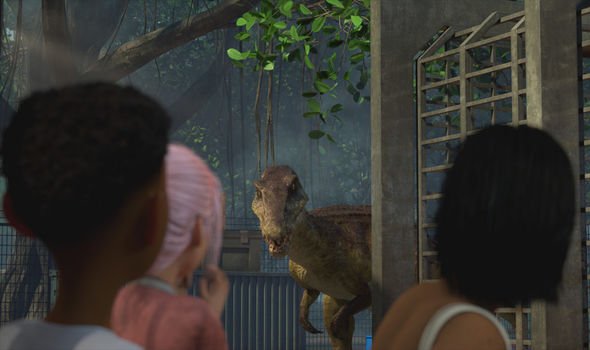 They managed to cause a stampede which ended up killing recurring characters Mitch (played by Bradley Whitford) and Tiff (Stephanie Beatriz).

Following the stampede, the teenagers once again found themselves trapped on the island.

While all of this was going on, a creature that had been kept in cryostasis escaped from a room known as E750.

Cryostasis is a form of reversible cryopreservation of live biological objects. In theory, the process can immortalise certain beings by freezing them. 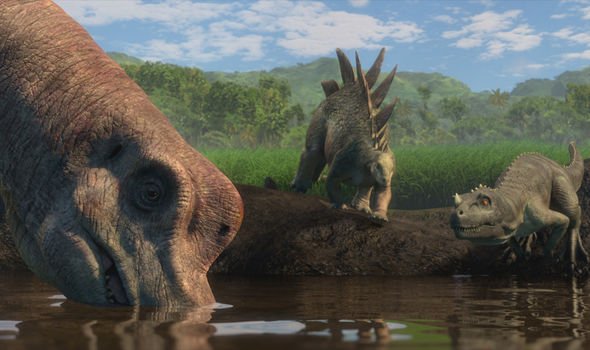 Fans have taken to multiple platforms to discuss what E750 could be and how much of a threat it poses.

A Fandom page has been created which says: “E750 is a (most likely) a frozen dinosaur in InGen’s secret tunnels.”

The page went on to describe the creature as having a “spikey tail, quills or feathers or a set of small sharp teeth”.

Loud footprints were heard after the creature was released, suggesting it could be a large monster.

Fans have also taken to Reddit to come up with their theories, as user BaetuBoy said: “It’s clearly a raptor snarl at the end.

“It’s a tie into the Jurassic World VR game: Aftermath. I recently finished playing it and it takes place two years after the events of Jurassic World and considering that the three raptors in the game weren’t present in the fall of Jurassic World in any piece of media, it would make sense if that’s how they escaped.” 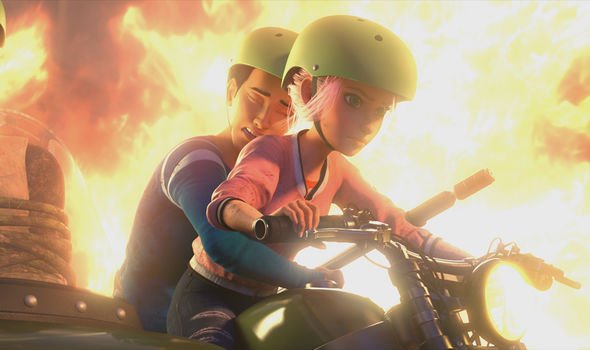 Fellow fan under the name Botthere went on to say: “Someone also said that the e750 represents the epoch 750000 which was when sabretooths were around.”

Clinical trials have been linked to E750 which makes some fans believe it is definitely some form of “extra-unusual hybrid”.

Redditor PotatoJoe97 added: “Going by what I observed, it is possibly the Spinosaurus. Going by Wu’s computer we see the Carno, Rex, Raptor, and Spino. Three of the four made the Indominus.

“Well, Ingen’s spino is technically sorta a hybrid since it was labelled as a failed experiment. Well, what if Wu was using the spino as a reference to put together the genetic code of the Indominus? Using a pseudo hybrid to make an actual hybrid [sic].”

At the end of the series, the teenagers were able to set off the distress signal in a bid to find help.

Darius (Paul-Mikél Williams), however, was growing frustrated with the original plan and he said the group needed to up their game if they wanted to escape.

While they were trying to figure a new way out, the smaller Compy dinosaurs managed to chew their way through some cables.

In doing so, they released the door to the E750 experiment and unleashed the new kind of beast.

The series is yet to be renewed for a third season so fans will have to wait and see what damage the E750 experiment causes.