Home » TV & Movies » Where is EastEnders filmed and can you visit? 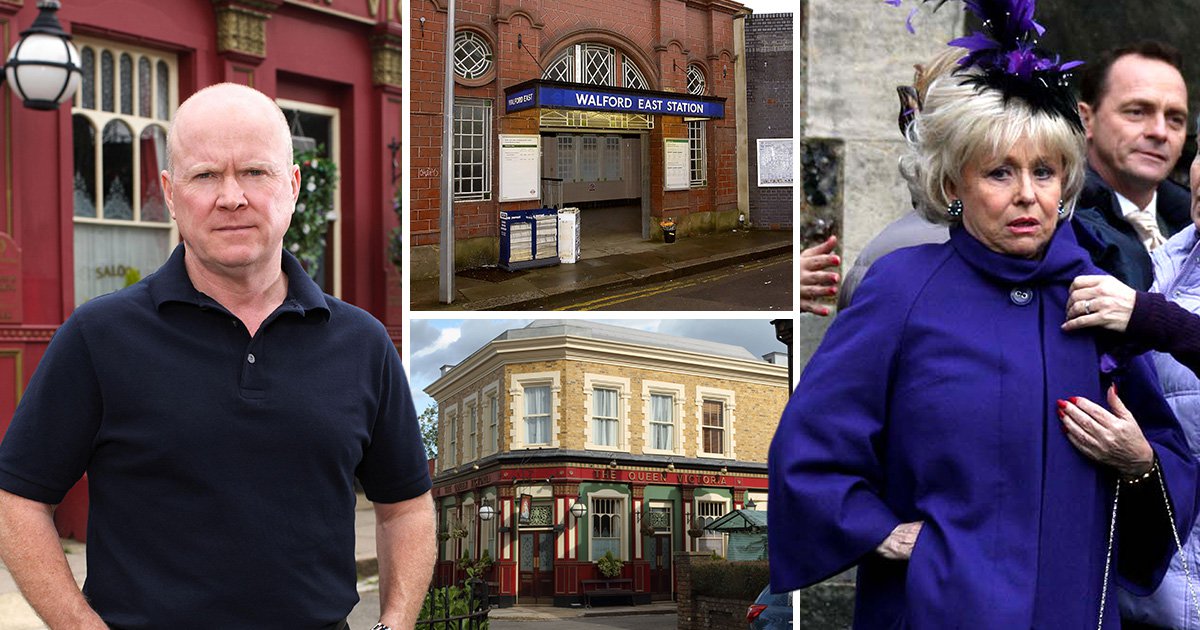 EastEnders has become one of the most ubiquitous shows on our screens since it first aired in 1985.

And it’s not just the characters and storylines that have kept us watching – but also the famous setting of Walford and Albert Square, both of which have become synonymous with the soap as the Mitchells and the Beales.

Walford is, of course, a fictional part of London’s East End – and Albert Square itself is fictional, too.

So, since its setting doesn’t really exist, just where exactly is the soap filmed? And can you visit the set?

Here’s what you need to know.

Where is EastEnders filmed?

The BBC One soap isn’t filmed out and about like many TV shows are, but has its own purpose-built set at Elstree Studios in Borehamwood, Hertfordshire.

A new, £87 million set at Elstree has been in the works for years, but will finally appear on screens in April 2022 – with the cast having begun filming there in January 2022.

The upgraded set is wider, made of real brick and has an aged look to it – though there are new areas and a lick of paint for old favourites such as Beale’s Plaice and The Queen Vic pub.

Chinese restaurant Eastern Blossom, painted in a lovely yellow, is on one of the lot’s new roads – and you can also see the garages and gardens at the back of residents’ houses.

Former producer Dominic Treadwell-Collins first announced plans to refresh the set in 2014, saying: ‘It should feel more like London. It’s been frozen in aspic for too long…

‘You’ll see the edges of Shoreditch creeping into EastEnders. It’s got to reflect the modern world.’

Originally, the set was due to be built by 2018, with the estimated budget put at £60 million or so – but it was revealed that year that work had gone £27m over budget.

Fans were given a sneak preview update about the new set in 2021, when it was close to being completed.

Where did EastEnders film before the new set was done?

While the current set is brand new, the soap has filmed at Elstree since 1985 – with the original set built in 1984 with the specification that it should last at least 15 years.

Both the interior and exterior scenes are filmed on the set, with the initial set-up consisting of three sides of Albert Square.

Back in 2008, it was reported that filming was set to transfer to the famous Pinewood Studios in Buckinghamshire.

Alas, by 2010 it had been confirmed that Elstree would remain the home of EastEnders for a number of years – and the set underwent another rebuild.

During this particular rebuild, scaffolding was often seen on the set, with some storylines – such as the Queen Vic fire – reportedly written into the show to accommodate this.

Can you visit the set of EastEnders?

Unfortunately, it’s not possible to visit the EastEnders set – as much fun as it would be.

Unlike ITV rival Coronation Street, which offers weekend tours when the soap’s not being filmed, the EastEnders set is not open to the public due to the production schedule.

To be fair, it would be a bit strange to see a guided tour happening in the background of an episode…

EastEnders airs from Monday to Thursday at 7.30pm on BBC One, with recent episodes available on iPlayer.