BBC soap EastEnders is upping the ante with its sinister storyline involving Sharon Mitchell (played by Letitia Dean) trying to slowly kill off Ian Beale (Adam Woodyatt). Ian is becoming more ill as time goes on but is unaware why he’s not well. But what are Sharon’s motivations for harming Ian in such a dangerous way?

Why is Sharon poisoning Ian?

Sharon started her poisoning scheme towards the end of 2020 but her plans initially failed.

However, she didn’t give up and continued her campaign to take him down with Sharon using pills.

The plot wasn’t easy and at times Sharon even considered a U-turn, particularly recently after she clashed with Ian’s mother Kathy Beale (Gillian Taylforth).

She had a brief change of heart after she realised how damaging it was, telling Phil Mitchell (Steve McFadden) she wanted to call it off. 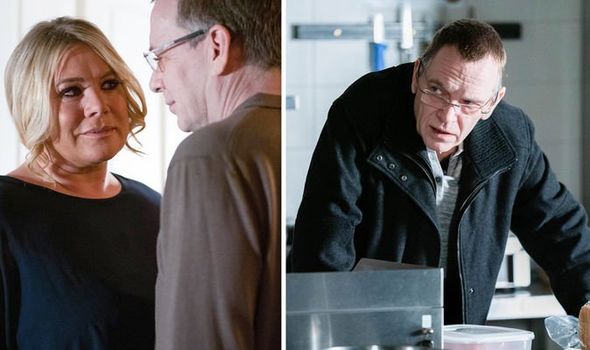 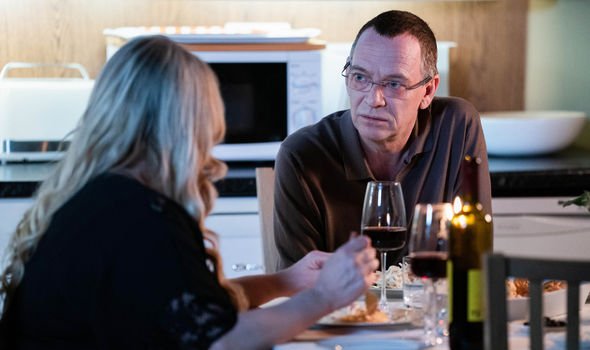 As with any soap, there was another twist in the tale and the poison plot was quickly back on again after Sharon and Phil spoke about their late son Denny (Bleu Landau).

Fans will remember how Sharon and Phil were left devastated when Denny died after drowning while getting stuck trapped on the sinking vessel during the boat party last year.

This is the reason Sharon has been poisoning Ian on EastEnders: revenge for Denny’s death.

By poisoning Ian, she is hoping to get away with murder but make Ian pay the ultimate price for taking her son’s life. 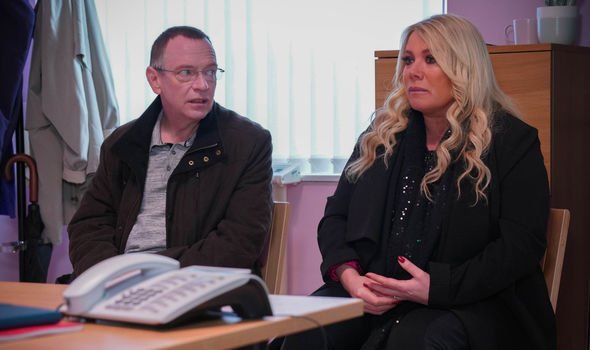 Ian locked Denny below deck and took away the keys in order to teach the youngster a lesson for his vile ways.

During the party, the boat crashed and Ian went back to unlock Denny from the room.

Although Ian saved Denny from the room, the teenager didn’t make it to the top and ended up in a watery grave. 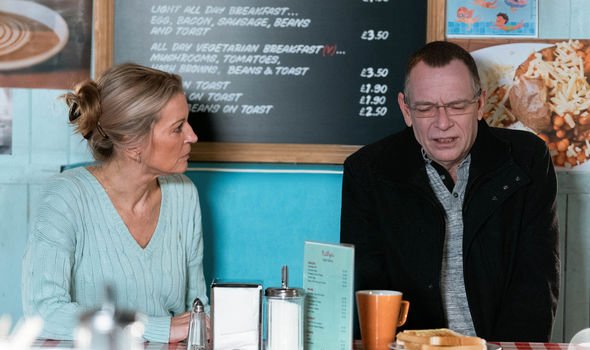 Sharon later learned the truth of what Ian had done and was determined to make sure the long-standing Albert Square member got what he deserved.

Speaking to the Mail last year about the beginning of Sharon’s murder plot, which involved a piece of Christmas pudding laced with a deadly substance, soap star Dean said her character was “determined” to serve Ian his just desserts.

Dean said: “The pain and hurt of losing her son, and her best friend lying about the circumstances for so long, by far outweighs any rationality.

“I don’t think she finds it hard to lie to Ian at all but it’s with other people that the cracks can start to show.

“Obviously Ian being Ian, he has managed to anger many others over the past few months and anyone could have taken matters into their own hands.”

Fans will have to tune in to see whether Sharon will succeed in bumping off one of the most long-standing members of EastEnders or whether she will get caught.

Either way, this intriguing plotline could rumble on for some time to come.

EastEnders airs on BBC One tonight at 8.35pm

Ina Garten Once Revealed the 'Most Overrated Tool' in the Kitchen