Popular newsreader Simon McCoy has confirmed today (Thursday, March 25) will be his last broadcast on BBC News. McCoy, who has accumulated a huge fanbase as a result of his dry-humour, hilarious on-screen gaffs and famous sarcastic responses to royal news is leaving the BBC after 18 years but why? Express.co.uk has everything you need to know.

The news Simon McCoy was leaving BBC news broke on Twitter earlier this morning when McCoy began retweeting messages from colleagues who had been paying tribute to the much-loved presenter.

He first reposted a tweet from his Floor Manager, Niall Jackson, who posted a series of photographs of them together with the caption: “If you think he’s a handful on-screen, imagine what he’s like off it? Only got to floor manage 4 years of his 17+ at @BBCNews so was nice to do his final week.

“Made the dreariest of heavy news days instantly more manageable. May the road rise up to meet you @BBCSimonMcCoy Sláinte.”

McCoy simply replied ‘Thank You Niall. I all miss you!” to the message before other farewell messages came pouring in. 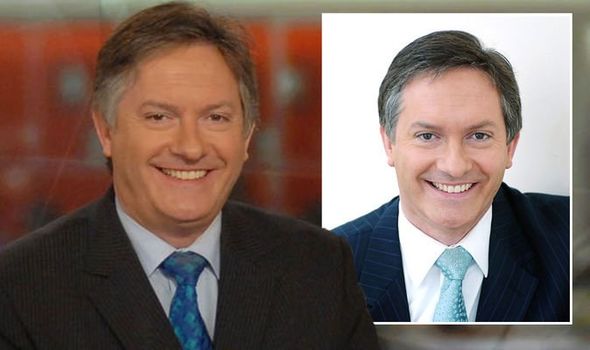 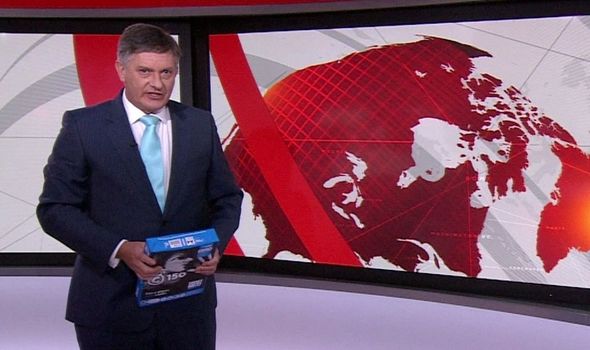 When asked the reason behind McCoy’s departure, the BBC issued a statement to Express.co.uk confirming his exit.

Sam Taylor, Head of Live & Breaking for BBC News said: “Sharp, funny and a great colleague – it has been a delight to have Simon at the helm of the BBC News Channel and BBC News at One.

“We’ll miss his one-liners, pregnant pauses and commitment to breaking news in every form, and wish him the very best for the future.”

Express.co.uk will update this article when more information is available about McCoy’s departure from BBC News. 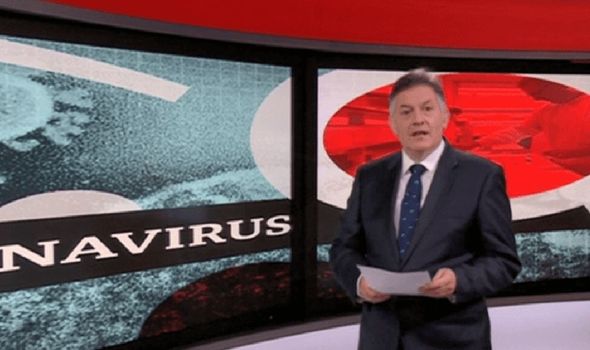 The 59-year-old joined the BBC news in 2004 after serving a number of years at Sky News.

He initially started out at a producer on Sky News breakfast programme Sunrise before stepping in front of the camera.

Mcoy was appointed Royal Correspondent at Sky News in the 1990s before presenting Sunrise and later Tonight on Sky News.

In 2003, McCoy co-anchored Sky’s coverage of the Iraq War on location in Kuwait and Basra.

DON’T MISS…
Union Jack to be flown on all Gov buildings every day of year [NEWS]
BBC Weather: Summertime on the horizon but temperatures will plunge [WEATHER]
EU vaccine claims questioned by BBC after AstraZeneca attacks [COVID-19] 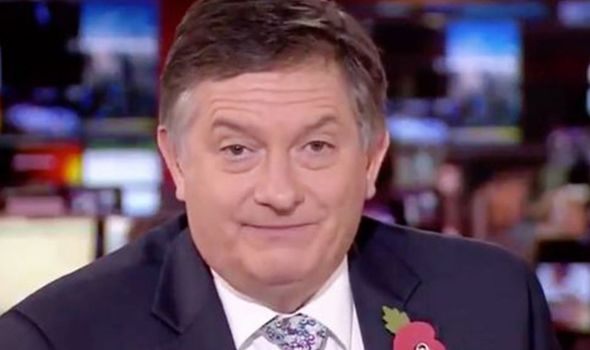 In 2004, McCoy moved to the BBC, appearing on BBC Breakfast and BBC News 24 as a cover presenter.

In September 2005, he secured a morning slot on BBC News alongside Kate Silverton.

McCoy made his debut on the BBC News at Ten in August 2019 before taking up the role of the main presenter of BBC News at One in March 2020.

McCoy will be remembered for numerous things, from tackling serious breaking news to sharing his dry humour when it came to reporting minor royal stories or not-so-important news.

Most famously, McCoy went viral in 2013 when he began presenting a live news broadcast holding a packet of printer paper instead of his iPad.

At the time, the BBC issues a statement which read: ” This morning as Simon McCoy was preparing to introduce this story, instead of picking up his tablet to hold as he went to air, he mistakenly picked up a ream of paper that was sitting next to it.

“In the rush of live news, he didn’t have an opportunity to swap the items, so simply went with it.”

BBC News viewers have been sharing their love for McCoy and their sadness he will no longer be presenting BBC News at One.

Journalist Paul Waugh tweeted: ” Say it ain’t true! But it IS true. The wonderful @BBCSimonMcCoy has his last day today.”

One fan added: ” There are News Presenters and then there is @BBCSimonMcCoy, a true gentleman & a pleasure to meet. Whilst I am not sorry to see you leave the Beeb, I do look forward to seeing you progress in media. It was a privilege….. THERE’S ONLY ONE SIMON McCOY!””