Clint Kickwood is here to solve all your problems (except for the busted door, we guess) 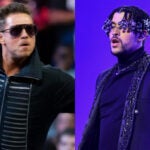 He definitely does seem to kick an awful lot of stuff — especially when he played twins in the movie “Double Kick.” But his mission here is more one of mending a brotherly relationship.

Watch the video above, which is exclusive to TheWrap. 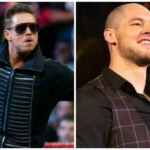 On Saturday’s episode, when Lex (Jules LeBlanc) and Presley (Jayden Bartels) discover that Munchy (Isaiah Crews) doesn’t have his own room but Jaget (Jacques Chevelle) has two, they go to drastic lengths to make Jaget give up one of his rooms. Their plan backfires and Munchy gets kicked out of both rooms so the kids make a Plan B.

“Side Hustle” follows best friends, smart and sarcastic Lex and confident and tough Presley, after fireworks accidentally destroy a boat belonging to the dad of their quirky friend and neighbor, Munchy. Needing to find a way to pay him back for the boat, they devise a plan to take on local jobs in order to make enough money to cover the costs. Using KidDING!, an app created by Presley’s tech-savvy younger brother Fisher (Mitchell Berg), the friends are able to connect with people looking for help with odd and unusual jobs, while Munchy’s bossy older brother Jaget makes sure they keep up with the payments.

Year to date, “Side Hustle” currently ranks as the No. 2 live-action program on cable among kids 6-11 — behind fellow Nick series “Danger Force.” 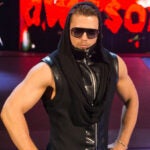 “Side Hustle” was created by Dave Malkoff, who also serves as executive producer and showrunner alongside John Beck and Ron Hart. Production of “Side Hustle” for Nickelodeon is overseen by Zack Olin and Shauna Phelan, the co-heads of Nickelodeon & Awesomeness live-action.

Omar Camacho is Nickelodeon’s executive in charge of production for the series.

Miz’s episode of “Side Hustle” airs Saturday at 8 p.m. ET/PT on Nickelodeon.