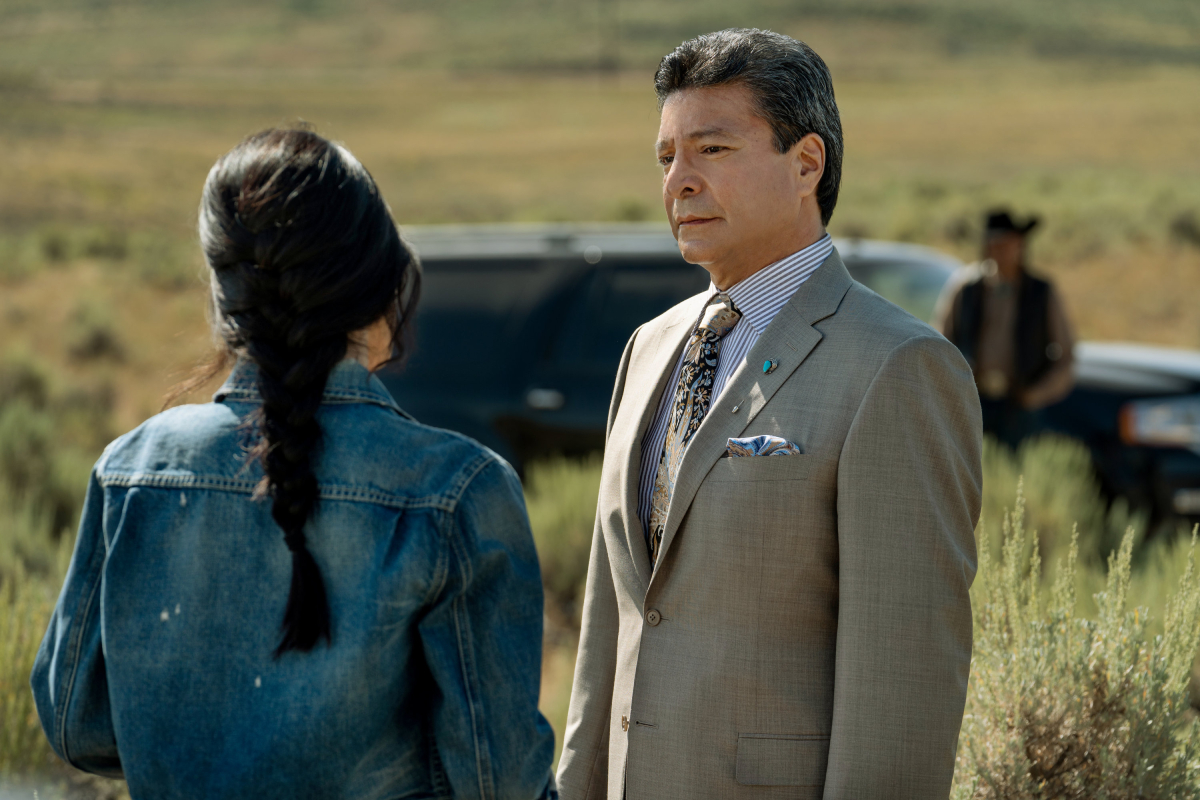 Yellowstone tells the story of John Dutton (Kevin Costner) and his beloved Yellowstone Ranch. The massive property has been in his family for six generations. But John has a long list of enemies that are making a claim on the Dutton land, and they’re ready to fight him for it. One of those enemies is Chief Thomas Rainwater (Gil Birmingham) and the Broken Rock Reservation.

The neo-western is Taylor Sheridan’s modern-day version of Cowboys and Indians, with John and his family as the focus. However, Yellowstone has also brought strong Native American characters to the small screen while highlighting some of the population’s biggest issues.

In an interview with Showbiz Cheat Sheet, Birmingham said that two specific episodes were the most profound in the series’ first three seasons.

The Broken Rock Reservation wants their land back in ‘Yellowstone’

The Yellowstone narrative centers on John and the dysfunctional Dutton family, the owners of the largest ranch in America. But it also tells the story of the Native American tribe who was there before the Duttons. And, who want their land back —  the Broken Rock Indian Reservation.

Birmingham told The Salt Lake Tribune, that the opportunity to play a modern Native American character like Rainwater doesn’t come around very often.

“It was such a beautiful opportunity to actually play a contemporary representation of a Native American. Because you rarely ever see that,” Birmingham explained. “Especially one that has some kind of leverage and is a powerful player in the game.”

The character of Thomas Rainwater has an impressive resume. It includes a Harvard education and stint on Wall Street before becoming the tribe’s chairman. He’s been at war with John Dutton since the series premiere. And even though he hasn’t taken the land back yet, he has outmaneuvered both big-time land developers and members of his own tribe who want to bring him down.

“I love the character so much. I love all his scenes,” Birmingham said. “Especially those scenes that we get to address some of the issues that we’re concerned about in the Native world.”

During season 3, Yellowstone aired two episodes that highlighted the issue of murdered and missing indigenous women — “All For Nothing” and “I Killed a Man Today.” Birmingham called the episodes “powerful stuff.” And as an advocate for Native American rights, the actor praised Sheridan for highlighting the issue.

“It’s such heart-wrenching stuff because we know that’s a real portrayal of what’s happening nowadays, and that was just one incident,” Birmingham told Showbiz Cheat Sheet exclusively.

“There are thousands of murdered and missing indigenous women over the years. Taylor did that in another movie he did, Wind River, as well. And those are probably the more profound episodes that I’ve been involved with since the start of the show.”

Chief Rainwater teams up with Kayce Dutton in ‘All For Nothing’

The sixth episode of Yellowstone season 3 — “All For Nothing” — began with a family on the reservation realizing their oldest daughter Sila was missing. To help with the search, Chief Rainwater calls in Livestock Commissioner Kayce Dutton.

Not only does Kayce call every available livestock agent, he also brings along his wife Monica (Kelsey Asbille) and everyone she can contact on the rez. The search didn’t end well, but it did highlight an issue that’s been plaguing indigenous women for decades. And the payoff of the story comes two episodes later.

In the season 3 episode “I Killed A Man Today,” a stranded Monica gets picked up on the side of the road by a creepy guy in a van. At first viewers were worried this scene was setting up a sexual assault. But, it turns out that she was baiting a serial killer and rapist who had previously gotten away.

It was a sting set up by Chief Rainwater, that Monica was hesitant to tell Kayce about. But she was successful in bringing down a man who had been terrorizing women on the reservation. And that’s a story that Birmingham finds “profound.”