Good tomatoes are finally here. Those of us who endure the long wait for sweet, ripe summer tomatoes are beginning to reap dividends, even if the very best ones won’t arrive until August or September.

Whether you’re in the garden, observing hard green fruits at last turning color, or at the market, seeing flats of colorful tomatoes stacked high, it’s a thrill.

Small, medium and large heirloom varieties of all sizes come in many colors and have snappy names. Cherry tomatoes may be tiny, fat and round, oblong or pear shaped, in red, yellow, orange and burgundy. Traditional red slicers go by beefsteak, Mortgage Lifter, Moscow and Ferris Wheel, not forgetting Early Girl and Better Boy. A host of others (they number in the thousands), with names like Mr. Stripey, Nebraska Wedding and Pineapple, abound in rainbow hues. 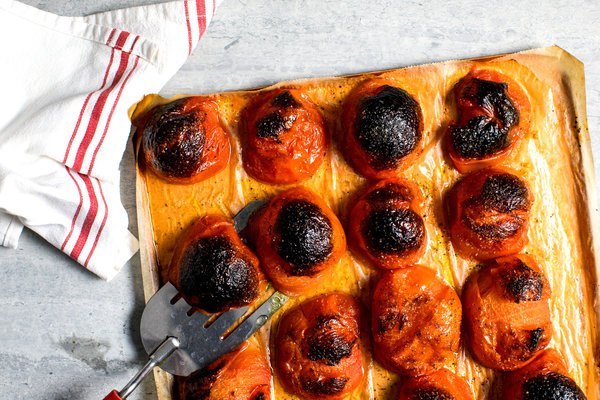 A reminder, though: Even if a tomato has a fetching color, it may not be ripe. The so-called heirlooms grown in hothouses and found in supermarkets year round are often mealy and can give true field-ripened heirlooms a bad name. If the fruit is hard, it won’t be sweet — it must look, feel and smell ripe.

The first tomatoes are best enjoyed sliced, sprinkled with salt and nothing more. Then it’s time to move on to tomato salads and salsas. For sweltering days, however, nothing beats a gazpacholike chilled soup.

I often make one using raw tomatoes, but if you have a grill going, charring the tomatoes adds a pleasant rusticity and a slightly smoky flavor. Don’t light a grill just to make this soup — a broiler will work just as well. But you can also char the tomatoes while grilling something else, then refrigerate them and make the soup the next day.

It’s a simple matter of puréeing the tomatoes, charred skins and all, with cilantro, coriander seeds, a touch of garlic and a splash of vinegar. When chilled, the soup is exceedingly refreshing.

But to up the interest factor and make it a bit more substantial, I spoon in some quartered cherry tomatoes and a dollop of fresh ricotta or thick yogurt.

It is served in a soup bowl, but you may wonder: Is this a soupy salad or a saladlike soup? No matter — it’s cool, delicious and full of sweet, summery tomato flavor. 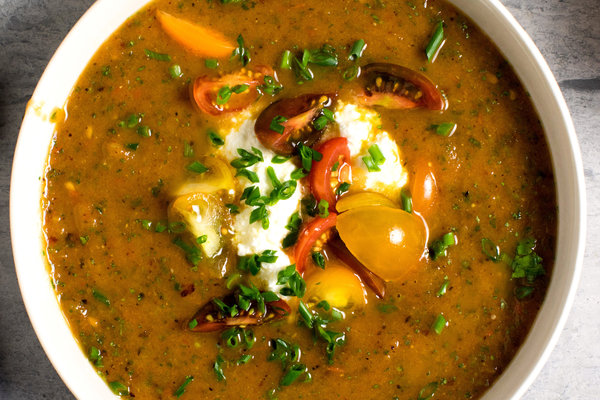 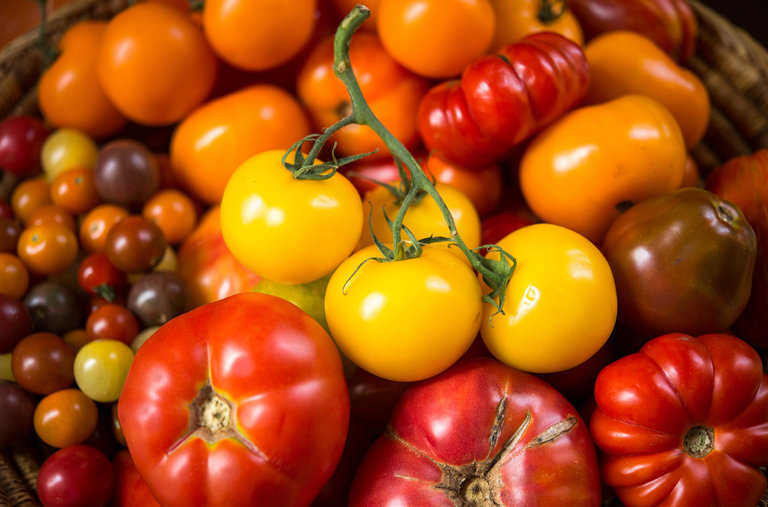