In a political blunder Australians will find familiar, New Zealand’s opposition leader has gone on holiday in Hawaii while telling Kiwis he was at work in New Zealand.

His social media said otherwise, with Luxon declaring in a video “Today I’m in Te Puke, the heart of kiwifruit country”. 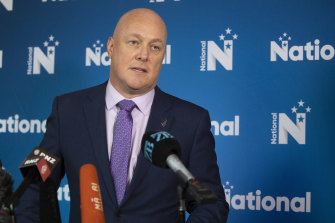 In the clip, he meets with IT workers, shares a morning tea with community leaders, and describes a “special” automated logging process at a timber business.

“All in all, a fantastic day in Te Puke. I even got to sample some kiwifruit briefly. A wonderful, wonderful time,” he says.

On his return to parliament, he admitted his holiday, saying, “I went to Hawaii with my family as I tend to do in July”, and the discrepancy came as his “social media team released what I’m up to over a given week”.

The former Air New Zealand chief executive said he did not think he had misled Kiwis.

He also denied breaking COVID-19 public health advice by appearing in the clip unmasked throughout.

The blooper recalls a defining moment from Australian prime minister Scott Morrison, who covered up his own holiday in Hawaii taken during savage bushfires in December 2019.

While Morrison’s mistake was a millstone that hung around his neck for the rest of his political career, Luxon’s transgression is nowhere near as serious. 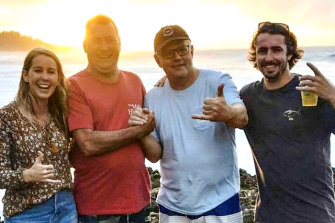 Scott Morrison’s judgment was called into question over his Hawaii holiday during the bushfires.

It still overshadowed his party’s announcement on Tuesday, a proposed inquiry into the Reserve Bank for its stimulatory response to virus lockdowns.

“We’ve got a government which is addicted to spending and we’ve had an unprecedented amount of printing of cash by the Reserve Bank of New Zealand,” he said.