Adele is postponing her highly-anticipated Las Vegas residency. The Grammy-winning singer addressed fans directly in an emotional video on Thursday, citing multiple COVID-19 related delays. The news comes one day before she was set to kick off "Weekends With Adele."

"Listen, I'm so sorry, but my show ain't ready," she tearfully began in a video posted on social media. "We've tried absolutely everything that we can to put it together in time and for it to be good enough for you, but we've been absolutely destroyed by delivery delays and COVID. Half my crew, half my team are down with COVID, they still are and it's been impossible to finish the show. And I can't give you what I have right now and I’m gutted. I'm gutted." 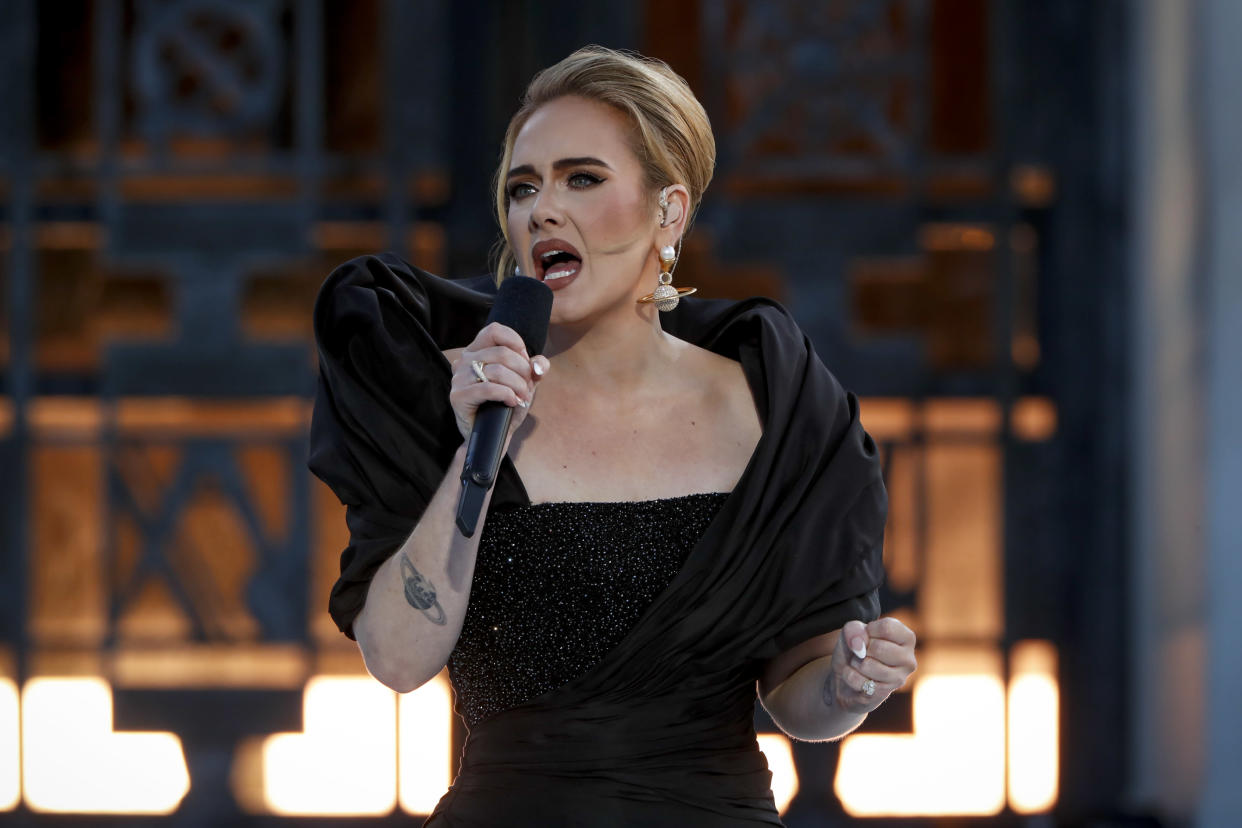 The 33-year-old continued, "I'm sorry it’s so last minute, we've been awake for over 30 hours now trying to figure it out and we've run out of time… I'm so upset and I'm really embarrassed."

Adele apologized "to everyone that traveled" to Nevada to see her, repeating, "I'm really, really sorry."

"We're going to reschedule all of the dates, we're on it right now," she concluded. "I'm gonna finish my show and I'm gonna get it to where it's supposed to be. I'm so sorry, it's been impossible. We've been up against so much and it just ain't ready. I'm really sorry."

All dates will be rescheduled
More info coming soon
💔 pic.twitter.com/k0A4lXhW5l

In November, Adele announced she'd be performing two shows each weekend at Caesars Palace Hotel, beginning on Friday, Jan. 21. The 12-week residency set records for pre-sale tickets sold. Tickets are going for thousands of dollars — some seats offered at $30,000 — on resale websites.

Adele's fourth studio album 30, released in November, became her third No. 1 album on the Billboard 200 chart. It debuted as the biggest-selling album of 2021. The acclaimed singer told Rolling Stone she wasn't planning a splashy tour, like she did for her album 25, due to COVID-19.

"It's too unpredictable, with all the rules and stuff," she explained. "I don't want anyone coming to my show scared. And I don't want to get COVID, either."

MORE: Oprah Winfrey says Adele's album will "liberate a lot of people in marriages that no longer work"