He was seriously injured three times — and earned three Purple Hearts for his bravery.

On Sunday, and days ahead of the anniversary of D-Day, Jindra, 98, came to the Normandy American Cemetery in Colleville-sur-Mer, France, to honor his fallen “fellas.”

Jindra was part of the U.S. Army’s 29th infantry Division — the “29 Let’s Go” — which arrived on Omaha Beach on June 6, 1944, when Allied forces stormed German-controlled France. Approximately 2,400 U.S. troops on that battlefront, with many soldiers drowned or shot by Nazi defense fire.

“I did as we were trained to do. As any soldier would do,” Jindra said. “Naturally, I was scared, and hoping that I would make it.”

Jindra said the firefight was intense — and blinding. 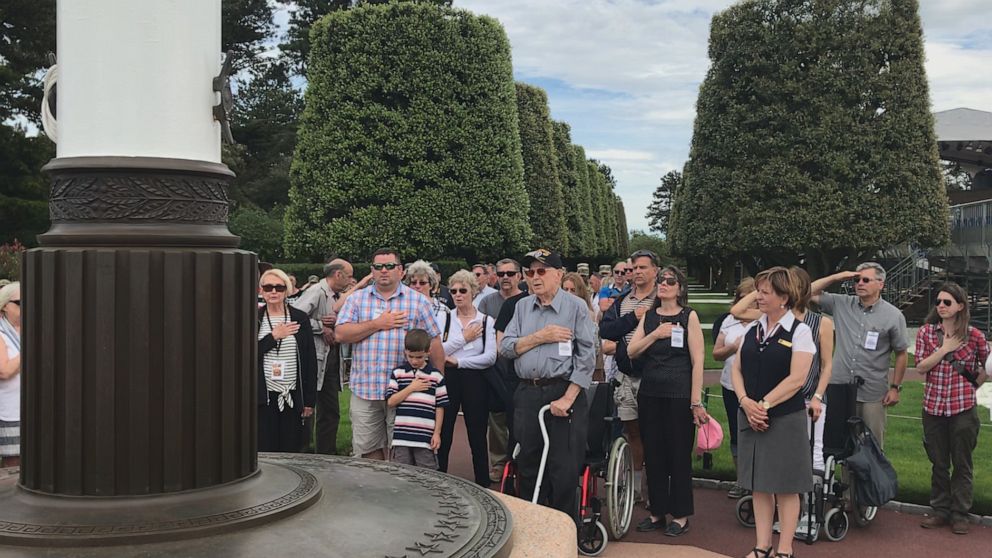 “You couldn’t see too much. They kept on firing,” he said. “It was dark, as we advanced. We looked at the footsteps, you saw what you didn’t want to see, some of the fellas that stepped on the mines, part of their body here and there.”

President Donald Trump is expected to commemorate the 75th anniversary of D-Day on Thursday at the cemetery. Five U.S. veterans will receive the Légion d’honneur.

For Jindra, these days he needs the support of a wheelchair, his hearing is seriously impaired from the artillery and he walks with a white cane because his vision is bad since the war.

The war hero took his limitations in stride.

“A friend of mine said when he came to the cemetery, ‘Remember on D-Day, we ran like rabbits. This time we run like turtles,’” he joked.

Still, Jindra was held in high regard Sunday by a group of U.S. Army soldiers in the 3rd Division. They greeted him, shook his hand, and one by one softly asked him questions.

The veteran gave the young soldiers advice in case they ever come under fire.

“I hope it doesn’t happen but, when artillery comes, stick something in your ears,” he said. 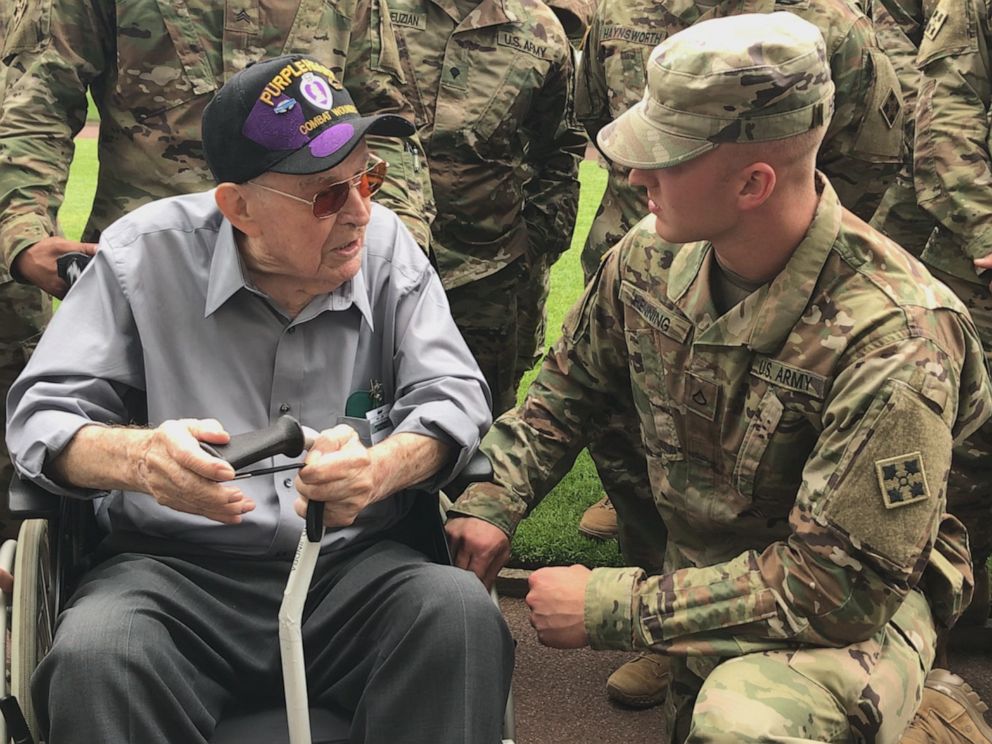 Rita Baumgarten had come to the cemetery with her husband, Hal, to every D-Day anniversary event since 1988. On Sunday, it was her first visit without her husband, who died two years ago.

But his dream was to make the 75th anniversary of D-Day, so she came to the cemetery with her two daughters.

“We’re doing this for him,” she said.

After the war, Hal Baumgarten went to college, earned a degree, and ultimately became a physician — treating mostly fellow veterans. His picture now hangs in the veterans museum at the cemetery.

Rita Baumgarten on Sunday recalled her husband’s heroism. She said he was one of only two survivors in one of the battles.

“He was shot five times, but kept going,” she said. “He carried a man on his back to safety.”

But she added that the war took a toll on him, physically and mentally. He endured 23 surgeries, and suffered nightmares.