BUENOS AIRES (Reuters) – Argentines headed out to the polls on Sunday after a year of twists and turns in a dramatic election race that is likely to oust conservative President Mauricio Macri and shift the South American country back toward the Peronist left. 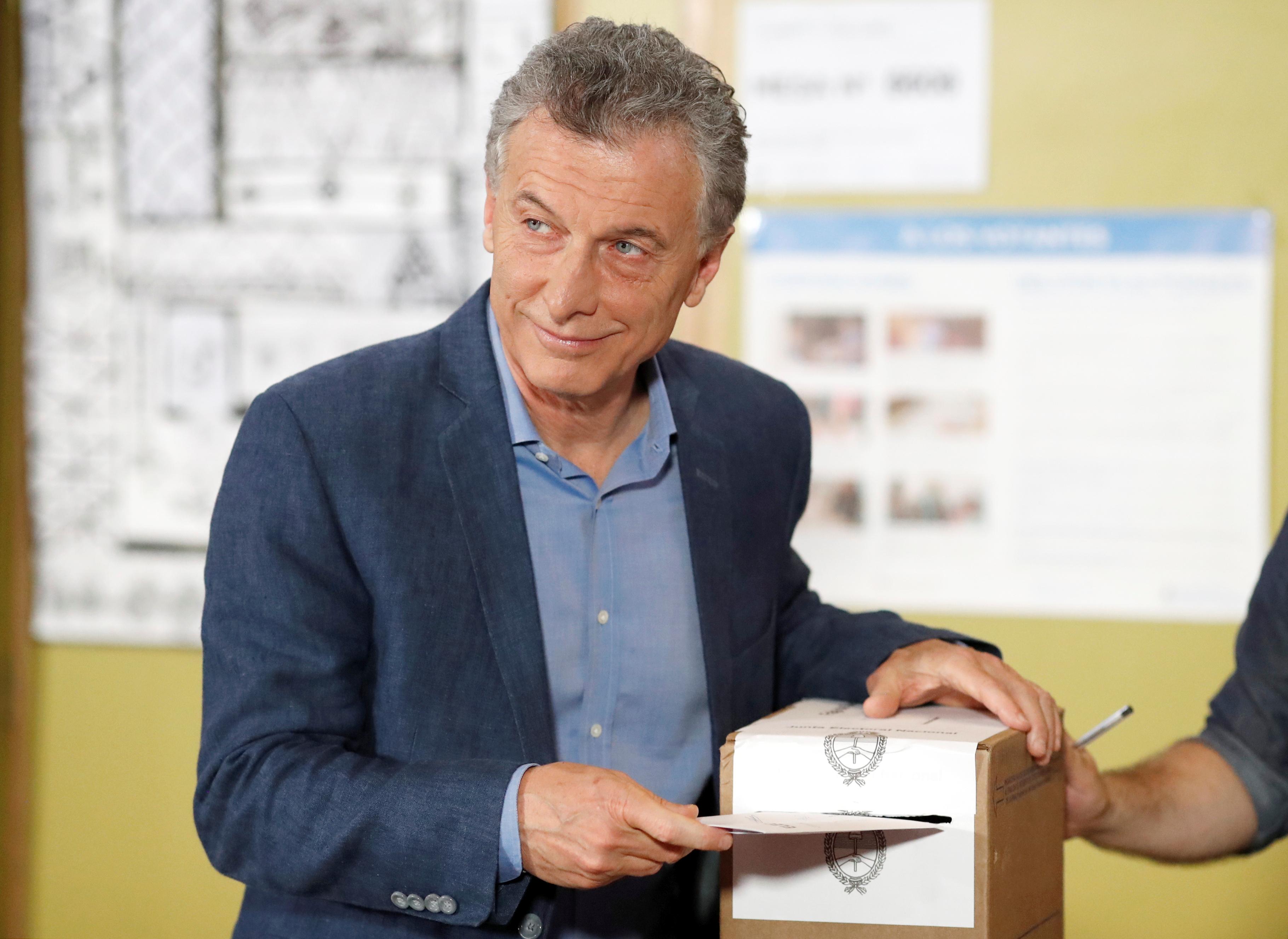 Around the country, in an overcast Buenos Aires, amid the Pampas farmlands and the vineyards of Mendoza, people lined up outside polling stations, many at schools, to cast their vote before the ballot closes at 6 p.m. (2100 GMT). The first results are expected a few hours later.

The election pits Macri’s tough-love austerity against the “social contract” of the left-leaning opposition, whose populism has lured voters, hurt badly by a snarling economic crisis. Fernandez has a wide lead in pre-election polls.

“I voted for Fernandez because I see people just very unhappy in the street and I want a country with a better economy and more social support,” said Carlos Berenguer, 71, outside a polling station in the district of Palermo in Buenos Aires.

Argentina’s choice could have far-reaching implications: it is one the world’s top grain exporters, is stirring the energy world with its huge Vaca Muerta shale field, and is on the cusp of restructuring talks with creditors over $100 billion in debt.

It also reflects a shift toward the left around the region, where conservative reformers face the challenge of slowing growth, sparking anger about poverty and inequality.

“What’s in play in this election are simply two opposing views of the country,” said José Luis Salomón, mayor of farming town Saladillo, who is supporting Macri and holds out hope that he can force a second round.

Not many agree. Fernandez, a relative unknown until this year outside Argentine political circles, holds a 20-point lead in most opinion polls after thumping Macri in an August primary, a shock result that rattled markets as investors feared a populist political shift.

That result – and the sharp market crash that followed – radically altered the dynamic of the race, pushing the country further into economic crisis and making Macri the underdog in an election that most had thought would be a close-run affair.

“We are in an enormous crisis and as a result, we all have to be very responsible for what’s coming. It will be an effort from all of us,” Fernandez said as he cast his vote in a Buenos Aires polling station.

The economy has taken center stage with the country in the grip of recession for most of the last year, the outlook for growth darkening, annual inflation over 50%, job numbers down and poverty up sharply.

Others, however, said they feared a return of the Peronist left, which they blamed for leaving an already broken economy when Macri come into power in 2015. Many said Macri needed more time to sort things out.

“Even though it’s been four complex years, I have hope Macri can fix it,” said Pablo Nicolás, 36, an accountant, as he voted on Sunday. He added he did not trust Fernandez’s running mate, ex-President Cristina Fernandez de Kirchner.

His reform plans, however, were badly hit in 2018 when a currency and debt crisis forced him to strike a deal with the International Monetary Fund (IMF) for an eventual $57 billion to help the country to pay its bills.

Macri, casting his votes to cheers of “yes we can,” said that he understood the country was going through “anxious” times, but hoped strong turn-out would help his cause.

“There is more participation than before. We have had a record number of voters, which is very positive. There is a lot of interest and we understand that this is a historic election for our country,” he told reporters.

Fernández, however, looks set to take over Macri’s mantle – as well as ongoing negotiations with creditors, including the IMF, about restructuring over $100 billion in sovereign debt amid fears the country could face a damaging default.

Fernandez won the primary by almost 16 points, a feat which if repeated on Sunday would hand him the presidency outright, without needing a second round run-off.

Most investors are already pricing in a Peronist opposition win, though a big victory could lead to renewed volatility in the markets, which have been constrained to a degree by recently imposed capital controls. 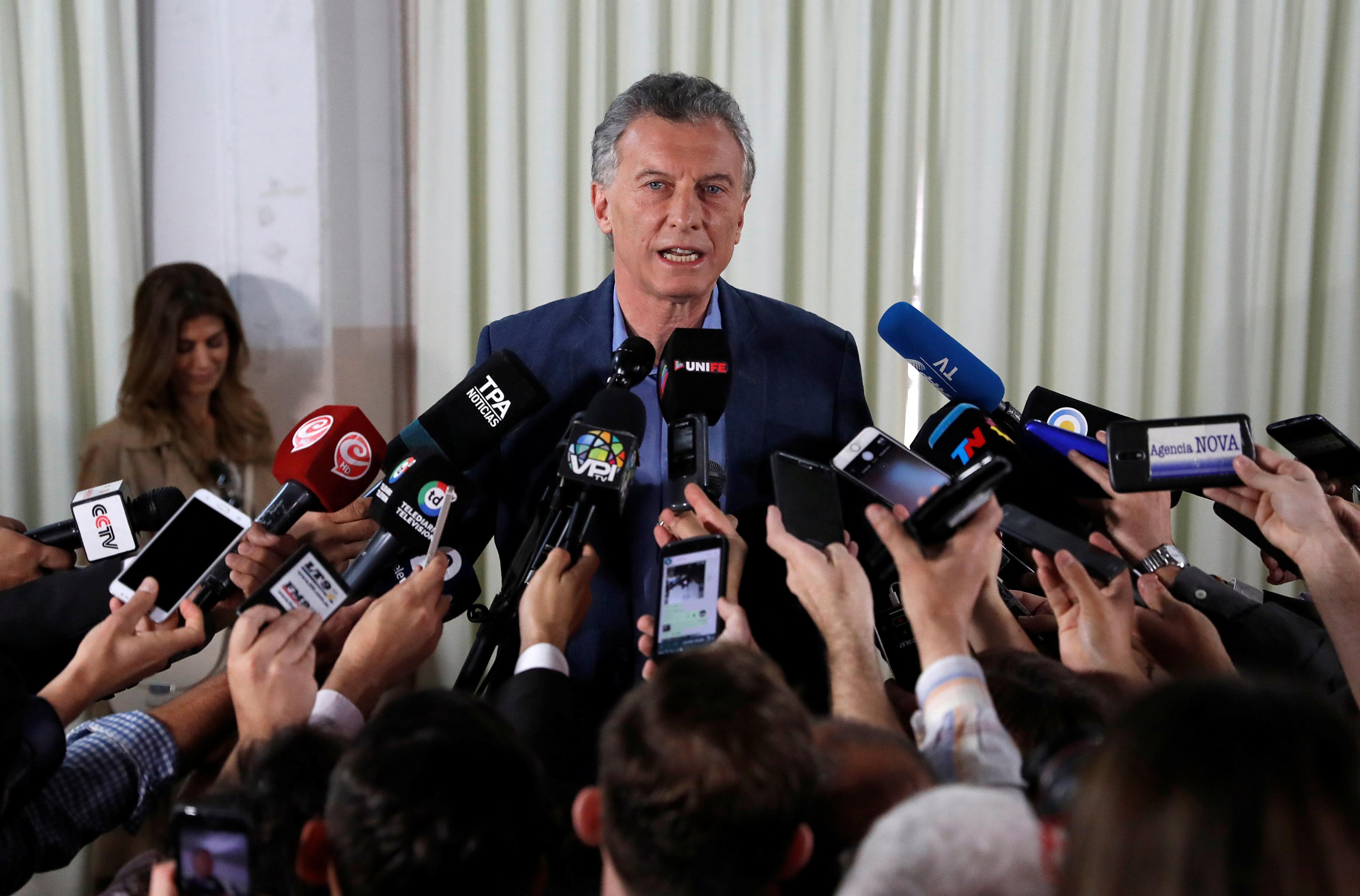 Fernández, a former Cabinet chief, is seen as a moderate within the broad Peronist flank whose diplomacy skills have helped unite what was a fractured movement.

The rival candidates need 45% of the vote or 40% with a 10-point lead over the runner-up to avoid a second round, which if needed would be held on Nov. 24.

Voters will choose presidential candidates, along with deputies, senators, governors and local leaders.