Why all the fuss about electric buses? They are part of a long-term plan to shift away from fossil fuels. And long-term planning is essential to drive forward.

If Australia plays its cards right, we can build a thriving local electric bus industry and at the same time kickstart a green industrial revolution – bring on “jobs and growth”, baby! 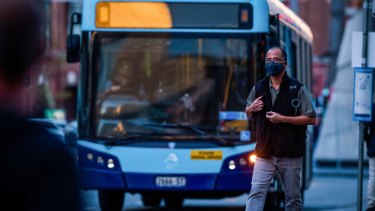 In December, Infrastructure Minister Rob Stokes committed to building an 8000 electric bus fleet in NSW in his capacity as interim transport minister as the government came under increased scrutiny of its overseas procurement of transport stock.Credit:James Brickwood

Sure, Australia did move away from building things. But that doesn’t mean we can’t change gears and look to develop a green manufacturing base in Australia.

Can we get there sooner?

The NSW government’s commitment to locally build the vast majority of the state’s zero-emission buses by 2030 is a “huge mountain to climb”, according to the chief executive of electric bus manufacturer Nexport, Michel van Maanen, but it can be done through the domestic market working together.

His Victorian company, along with Nexport, is one of six Australian-owned companies approved or contracted to provide buses to the NSW fleet. Tessari says that Australia’s bus manufacturing capacity is more than enough to meet the demands but is limited by the uncertainty of numbers and time frames.

He says that to increase Australia’s bus-making capacity, the local supply chain must also be prepared to invest and increase their capacity, which can only happen with clear information and planning. “Most of the key components in a chassis, such as batteries, electric motors, and the driveline come from overseas. That is no different from our current business model with diesel buses,” he says.

But he says with supply chain issues due to the pandemic, much of this stock is (as with the wider vehicle industry) being prioritised for other markets. While up to 100 Australian suppliers provide 90 per cent locally prepared components for the bus bodies, Tessari says that if chassis and driveline components were made here it would make it easier to guarantee the numbers.

“The capacity is here, Australian business has highly skilled and experienced labour, but what we need is assurance that volume is coming so then the local bus manufacturing industry can prepare itself, invest in factories, create more local jobs and ramp up to sustain that volume continuity,” Tessari says.

Importantly, Australian conditions are tough, and our buses are expected to last 20 years. The average daily operating distance in Sydney is up to 380 kilometres, which the buses handle easily. Tessari reckons what we need are bus components designed specifically for Australia.

In 1961, US president John F. Kennedy declared, “We will go to the moon.” Within eight years they got there using 2 per cent of the American GDP, generating new technologies and cementing America’s industrial and technological leadership for the next quarter-century.

We’re not going to the moon on a bus any time soon, but Shenzhen, a Chinese city of 12 million people, built the world’s first and largest fully electric bus fleet in the same amount of time as the US moonshot. 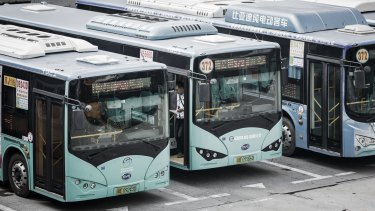 Leading the way: BYD Co. electric buses in Shenzhen, China. All 17,000 buses were built locally and in about eight years.Credit:Bloomberg

They started with “regular-looking” buses, fitted out with a large battery and two electric motors instead of a big diesel engine; they came in two sizes with the capacity to carry from 24 to 87 passengers, and had a range of about 250 kilometres. Their average daily operating distance is 190 kilometres, which means most buses need recharging only overnight. If a bus does need recharging during the day, 30 minutes is generally long enough. Overall, there is one charger for every four buses.

The buses have an average life expectancy of about 66,000 kilometres – between five and eight years. The manufacturer’s warranty covers the entire life of the bus, and includes all maintenance and repairs. At the end of their life, the buses are returned to the manufacturer for battery and scrap metal recycling.

Part of what made the Shenzhen model work was a central long-term plan linking manufacture, charging service providers, bus operators, land acquisition for bus recharging and reworking of the electricity grid, among other things.

Sure, the plan included a government subsidy, which dropped the total cost to 64 per cent of a diesel bus. But so what! Clearly governments around the world do influence behaviour with subsidies, rebates and taxes.

Fossil fuels have been subsidised for years. Of all the revenue collected by all the governments in the world, big fossil fuel gets 8 per cent as a subsidy, according to the International Monetary Fund. They also get the ultimate subsidy – the right to dump their waste products of greenhouse gases into the environment, which costs us, the citizens, but not them, the polluters.

In Australia, the fuel tax credits scheme is around $8 billion a year. That’s more than the cost of running the army or the air force. About half of the subsidy goes to the mining industry. Andrew “Twiggy” Forrest of Fortescue Metals Group mines iron ore. His operations generate 2 million tonnes of greenhouse gas emissions per year, the diesel component of which gets him a rebate of hundreds of millions of dollars a year. 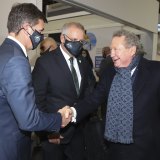 But Twiggy says that big miners (like him) should lose this tax break on diesel consumption. He reckons it should be phased out by 2030. His plans are to shift operations quickly to non-fossil fuel energy (electrification), and he intends to be making 15 million tonnes of hydrogen per year by 2030, so his operations will be carbon-neutral by 2030.

Norway and Australia both very successfully use subsidies – but with very different outcomes. In 2021, 86 per cent of new cars sold in Norway came with a socket for recharging. In Australia, it was a tiny 0.5 per cent.

Perversely, two of the big sellers in Australia were fossil fuel utes (Toyota HiLux and Ford Ranger) which accounted for 10% of the new car sales.

Worldwide, there is an overwhelming trend towards rapid electrification of ground transport.

In the US, President Joe Biden plans to spend A$6.8 billion on electrification of the US government bus fleet. All the major European and American car manufacturers have stopped research and development on internal combustion engines and shifted to electric vehicles. This is partly driven by the need to halt climate change. The good news is that we can fix 90 per cent of our greenhouse emissions simply by leaving the carbon in the ground.

Using what we have

In the late 1960s when I was a physicist at the BHP steelworks at Port Kembla, Number 5 blast furnace set a world record. For a brief window it turned more iron ore into iron than any other blast furnace in the known universe. Steelmaking accounts for about 8 per cent of global CO2 emissions. Some countries have already started making steel with no greenhouse emissions – but not Australia. 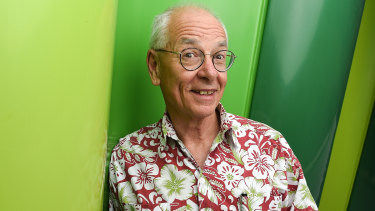 Dr Karl Kruszelnicki, physicist at the BHP steelworks at Port Kembla in the 1960s, says we can fix 90 per cent of our greenhouse emissions simply by leaving the carbon in the ground.Credit: Mark Jesser

Today, the Port Kembla steelworks are insignificant on the world scale.

What if in NSW, we used some of the vast potential in the old steelwork sites at Port Kembla and Newcastle? What if we started making things for our own needs with our own terms and conditions and quality control? Remember that the buses on the Sydney Harbour Bridge were once too wide for the lanes, after the number of lanes was increased for better traffic flow. We had to get skinnier buses. We want something better than Sydney’s non-compatible rail system. Some trains cannot fit into some of the tunnels, some imported trains were too wide for some of the platforms, the two light rail systems do not connect, and the light rail trains from one system can’t be used on the other.

This highlights the need to build infrastructure for the future.

We could head into the 21st century by investing in electric buses. Shenzhen shows us that it is possible to make more than twice as many buses as we are planning for in NSW, and keep it local.

We need an overall plan that looks decades into the future, not 15 minutes.

Bridie Schmidt is the associate editor of The Driven and Dr Karl Kruszelnicki is a Julius Sumner Miller Fellow at the University of Sydney’s School of Physics and produces the Shirtloads of Science podcast.