This is the moment a group of BASE jumpers recreate a real life game of ‘Quidditch’ from Harry Potter.

Footage shows BASE jumper Antony Newton and friends launching themselves from the 650 foot mountain, in the Lauterbrunnen area of the Swiss Alps.

One person counts down before shouting: ‘Wingardium Leviosa’, the levitation charm used in the popular movies. 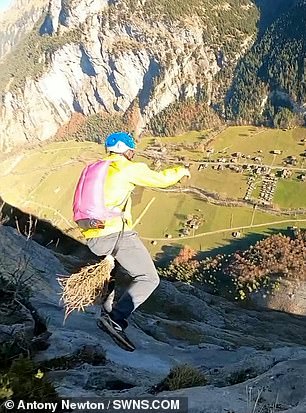 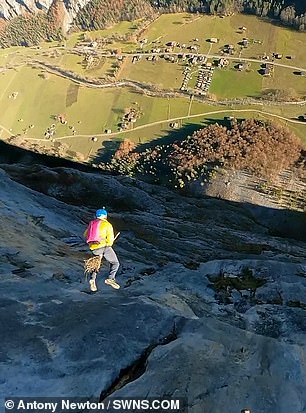 The group then fly off the edge with the brooms between their legs, recreating the wizarding game from the famous films.

The men plummet through the sky as though they’re flying before releasing their parachutes.

Antony, from Lorraine, in northeast France, filmed himself and his friends jumping from the clifface to commemorate their 500th jump together. 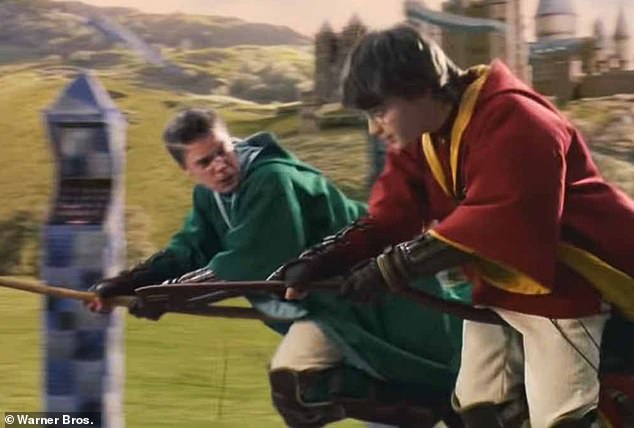 He said: ‘For my friends 500 jump we decided to do something funny.

‘The idea of jumping with broomsticks came after having watched Harry Potter some days before.

‘We built the broomsticks with surrounding branches and jumped together off the cliff. This stunt was prepared and briefed. We have years of experience.’

BASE jumping is the recreational sport of leaping from fixed objects, using a parachute to descend safely to the ground.

It is an acronym that stands for four categories of fixed objects that you can jump from: building, antenna, span, and earth.