BBC viewers have been left shocked after a news bulletin featured a post on Instagram to a plus-sized model telling her: ‘I love to f*** your ass’.

The message was displayed on the screen without asterisks during a report on body positivity during the BBC London News on Monday evening at 6.30pm.

It was spotted by warehouse supervisor Ashleigh Moss, 55, who was watching the news with her six-year-old granddaughter in High Wycombe, Buckinghamshire. 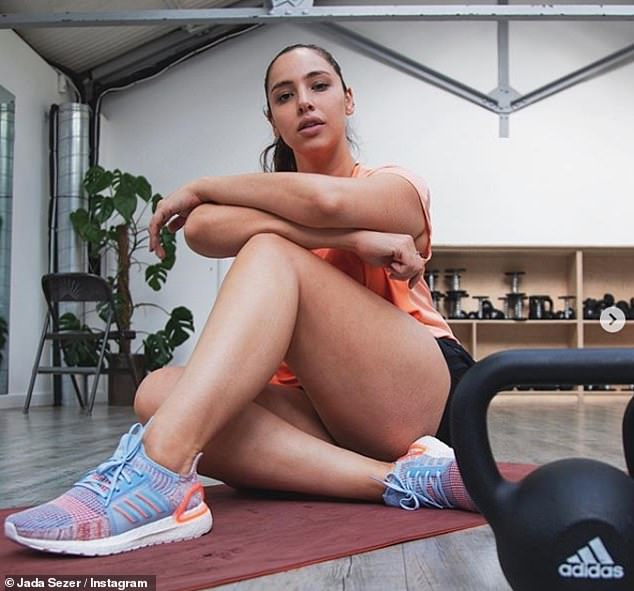 The post was a comment on a picture posted by plus-sized model Jada Sezer, who hit the headlines last year after running the London Marathon in her underwear.

Ms Moss told The Sun: ‘I’m no prude, but I’m absolutely appalled by their standards. It was quite an uplifting piece, it was quite positive.

‘Then they showed a plus sized model’s Instagram. When I saw that comment I could not believe it – I was gobsmacked. I thought they’d say sorry at the end of it.

‘But there was nothing. Somebody has got to pay for that surely, I would say that was bad at ten o’clock, let alone quarter to seven in the evening.’

Sezer posted the picture on August 2 of her sat on a mat in a gym at the Adidas Fitness and Lifestyle Studio in Shoreditch, East London.

The broadcast of the offensive response – which aired at about 6.50pm – was spotted by a number of viewers, who took to Twitter to share of their surprise

One viewer said: ‘Since when has it been acceptable to show such disgusting language in the news.’ Another added: ‘Did anyone check this before broadcasting?’

A third tweeted: ‘I don’t know how you let this slip through.’ And another viewer said: ‘I noticed it – couldn’t quite believe what I was seeing.’

A BBC spokesman said: ‘The mistake was spotted immediately and the image was taken down.’

The model was said in April to have been in line to feature on this year’s Love Island as the reality TV show’s bosses tried to promote diversity.

Ahead of the marathon, she made headlines for appearing on ITV’s Good Morning Britain with journalist Bryony Gordon in their underwear before running the race.

Gordon and Sezer both successfully completed the 26.2-mile course through the capital in nothing but bras, knickers, socks and trainers.