The UK will be engulfed by heavy rain, flooding and bitter winds over the next few days, as Britons face a weekend washout. Storm Alex is moving into the UK from France, where fierce winds have reached up to 116mph. BBC meteorologist Sarah Keith-Lucas warned BBC Breakfast viewers that “all of us” will see some spells of rain and wind this weekend, following weather warnings from the Met Office.

She explained: “We have cloud and rain moving in from the south today, as we have particularly disruptive weather on the cards.

“Over the next few days we have spells of heavy rain, transport disruption and some flooding expected.

“Storm Alex has already produced gusts of up to 116mph in France.

“The winds won’t be quite as strong across the UK but gusts could still reach up to 70mph this morning down towards the Channel Islands and the southern coast.”

How is Boris Johnson handling the coronavirus crisis? Vote in our poll 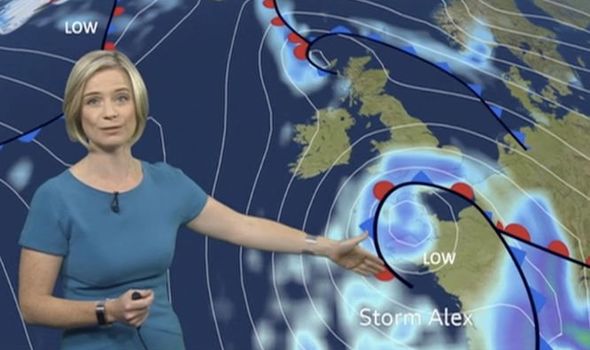 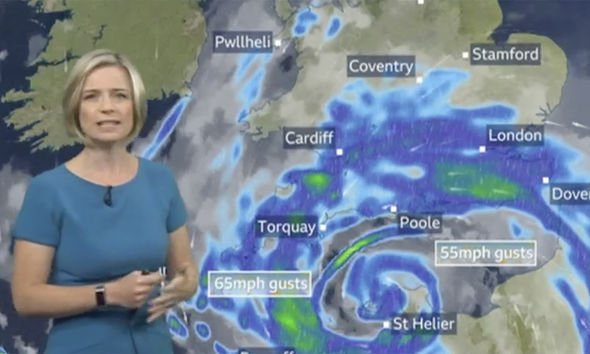 Ms Keith-Lucas warned that several areas are at risk of flooding, adding: “As we move through this evening and tonight, we will have more rain piling in across much of England and Wales.

“Saturday will bring quite a bit of rain as well. It will dry up for the south-east by Saturday evening, and Northern Ireland should also see some dry conditions on Saturday.

“However, over the next few days, all of us will some spells of rain, with some strong winds around today especially in the south.”

The forecast showed that Storm Alex could bring at least a month worth of rain in just three days. 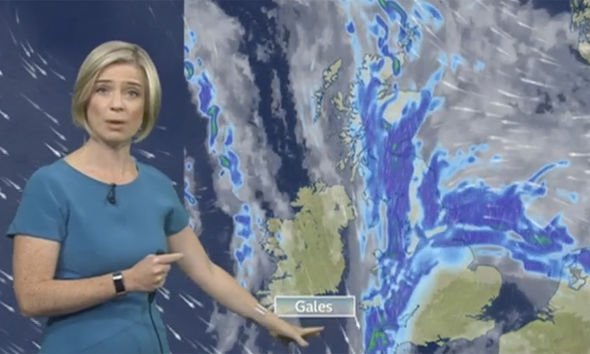 Up to 125mm (5in) of rain is expected to fall in the worst-hit places over the weekend.

The average rainfall for the entire month of October is usually 127mm in the UK and 91mm in England.

The Met Office has issued a yellow weather warning for wind and rain from 3am until 8pm on Friday for southern England, southeast Wales and parts of Herefordshire. 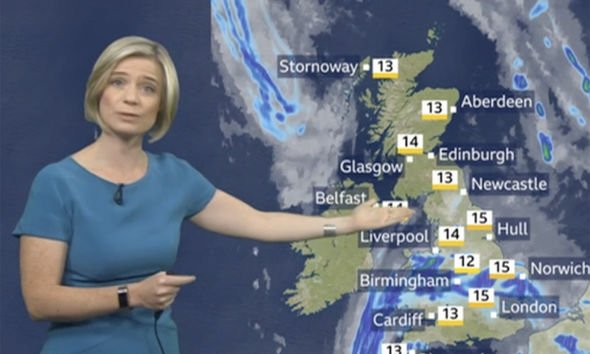 Yellow weather alerts will also be in place for most of the UK throughout Saturday and Sunday ahead of a wet and windy October.

The Met Office warns that areas under weather warnings could see the risk of flooding and landslides as well as very difficult driving conditions.

The Environment Agency said: “Heavy rain will bring the potential for surface water flooding and perhaps some river flooding across the south of England on Friday.

“More widespread and persistent heavy rain across much of England will bring the potential for further river and surface water flooding over the weekend.

“We urge people to stay away from swollen rivers and not to drive though flood water, it is often deeper than it looks and just 30cm of flowing water is enough to float your car.”