A Belgian artist is close to officially becoming a princess, after a court ruled in her favour in a decades-long paternity scandal.

Delphine Boel, 52, has long claimed to be the daughter of the former king of Belgium, Albert II, as a result of an extra-marital affair.

The king, who stood down in 2013 for health reasons, never publicly denied the claim, but had never agreed to a DNA test until last year. 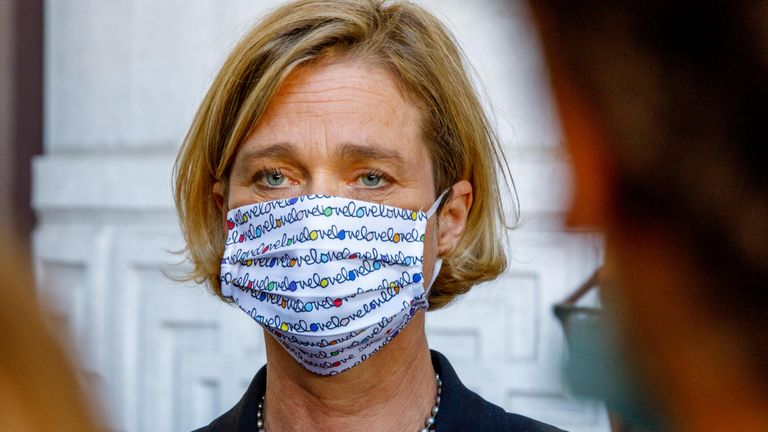 Ms Boel’s lawyer confirmed that the court had given her “full satisfaction”, and recognised her as the former monarch’s daughter.

Her team of lawyers said in a statement that she would be allowed to call herself Princess Delphine of Saxe Coburg, and be given the same recognition as her already-royal siblings.

“The legal victory will never replace the love of a father but it provides a feeling of justice, further reinforced by the
fact that many children who have gone through the same ordeal will find strength to face them there,” the statement added.

However, this does not mark the end of the case, and the current king, Phillipe, could make an appeal to Belgium’s Supreme Court – but it was not clear what the palace’s plans are.

Rumours about Albert and Ms Boel’s mother, Baroness Sybille de Selys Longchamps, had circulated for years, but the news that the king may have had a child with her broke into the open when a biography of Albert’s wife, Queen Paola, was published in 1999.

In his Christmas message to the nation that year, he alluded to a past infidelity and said he and Queen Paola lived through a “crisis” in the late 1960s that almost wrecked their marriage, but they overcame their problems “a long while ago”.

Albert II succeeded the Belgian throne in 1993 on the death of his older brother. He stepped down in July 2013 and automatically lost his immunity from prosecution – a privilege enjoyed by the reigning monarch.

The following year Ms Boel, who bears a striking resemblance to some members of the royal family, opened court proceedings to prove that Albert was her father.