Having my photo taken is a pain in the neck! Bemused giraffe looking up at a drone features among aerial images of Africa

Stunning images of Africa from above – including the beautiful vast savanna and a rather curious giraffe – have been captured by one high-flying wildlife photographer using drones.

One of the photographs captures a bemused giraffe in its natural habitat looking straight up at a drone. The drone cannot be further than a few metres away, yet the giraffe seems completely at ease.

The drone image was captured by wildlife photographer Chris du Plessis who flies drones throughout Zambia, Zimbabwe and Botswana.

He photographs the beautiful landscape and captures unique aerial shots of giraffes, wildebeest, elephants and hippos along the way.

Chris spends his time between Germany and Africa and also uses drone photography to promote lodges and tourist destinations.

He said: ‘The animals are so relaxed. I don’t fly too close to them because I don’t want to disturb them but sometimes I can get as close as one metre from an animal and they don’t even notice the drone.

‘They must think it’s just bees or something.’ 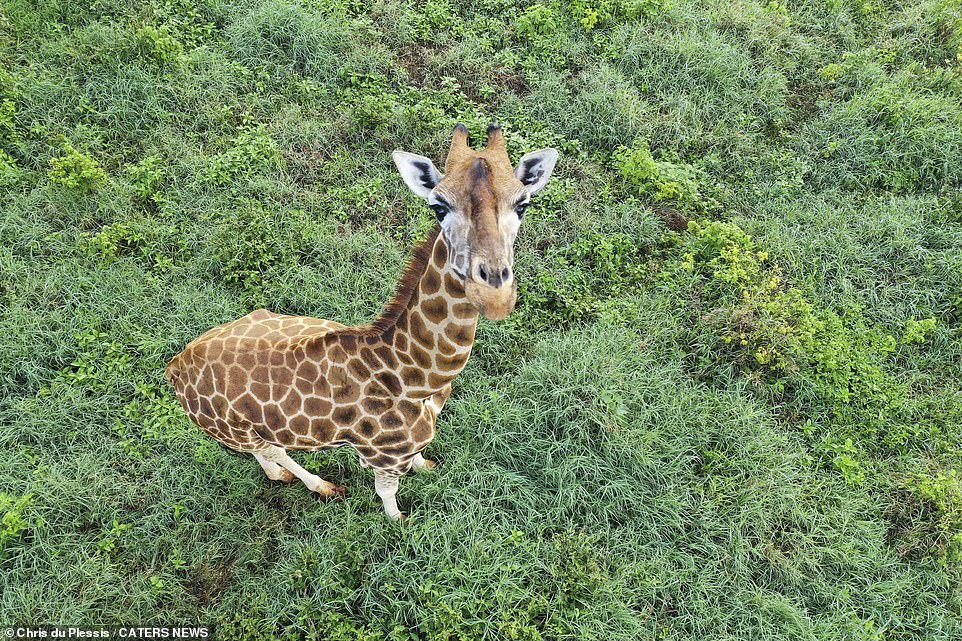 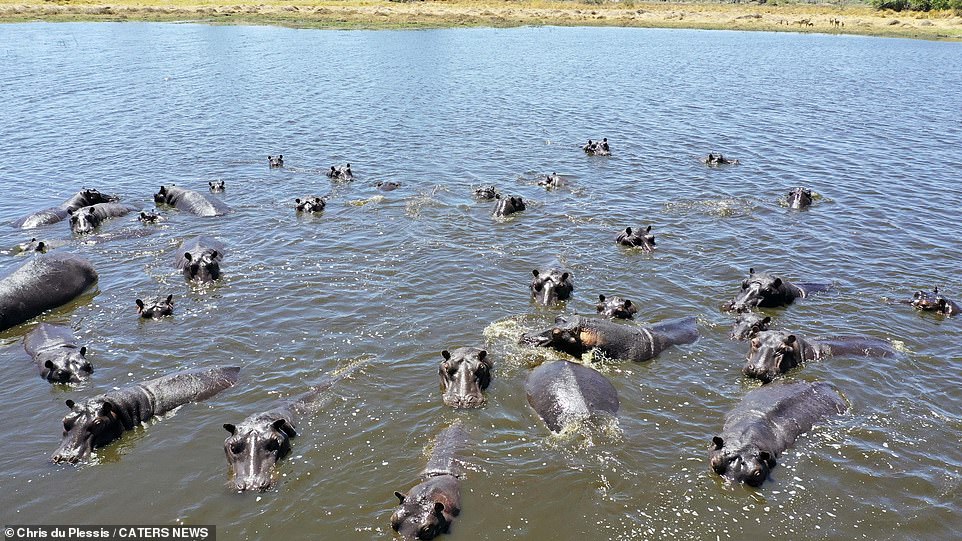 Hippos swim in a group, unaware of the drone flying nearby. The photographer says with a drone, he can get as close as one metre from the animals and they don’t even notice 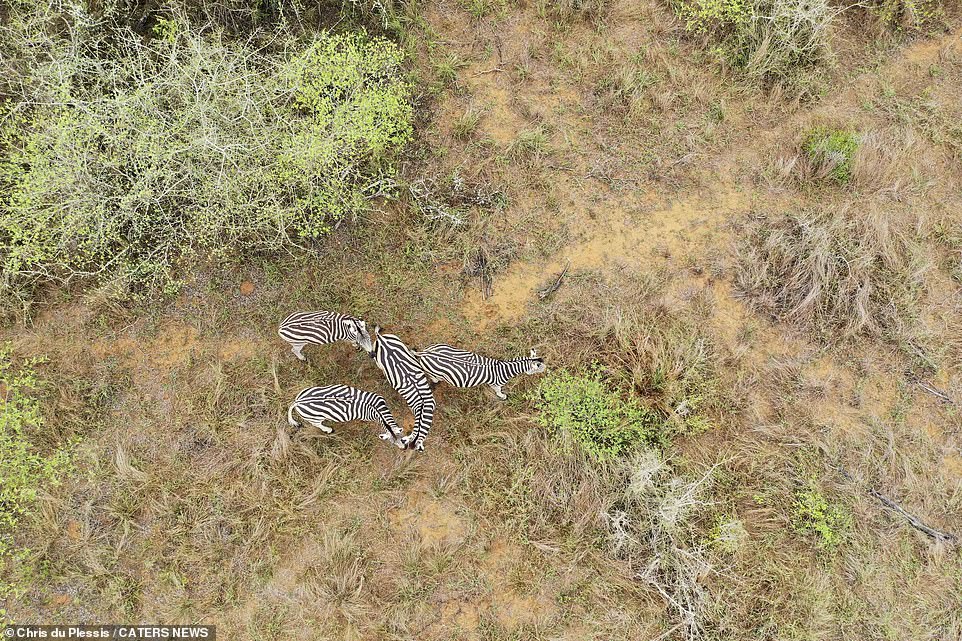 Four zebra are pictured together in an aerial shot by Chris who flies drones throughout Zambia, Zimbabwe and Botswana 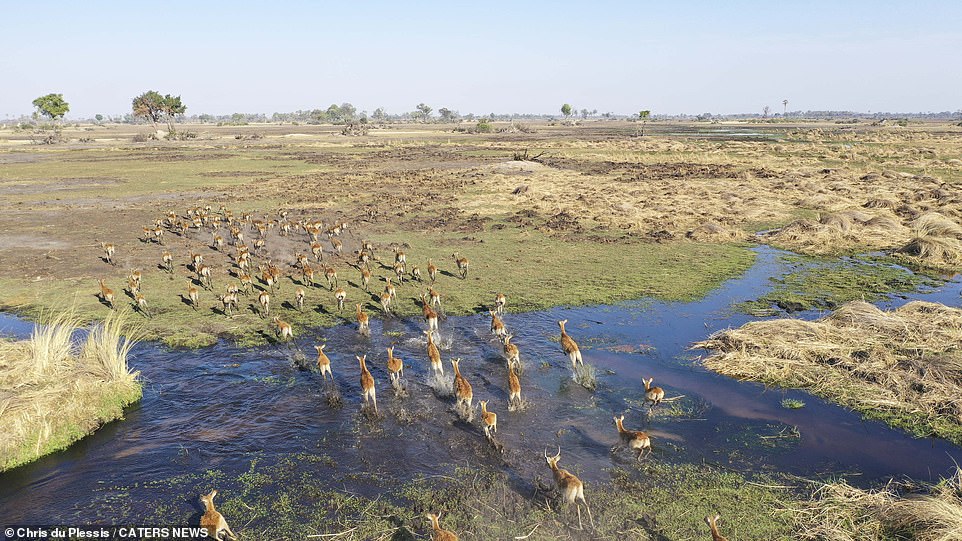 A herd of puku, a medium-sized antelope found in wet grasslands, are captured in their natural surroundings 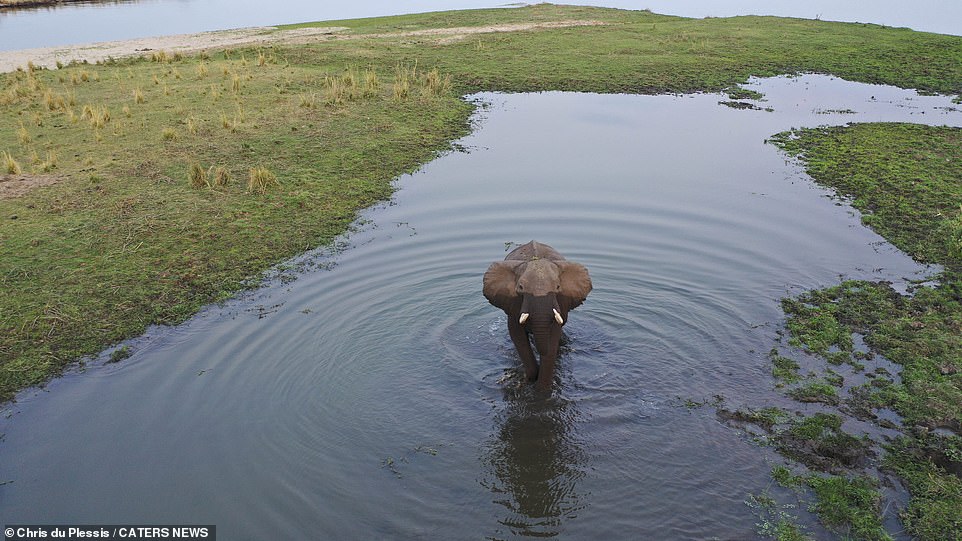 A lone elephant is photographed looking at the camera in a close-up shot. ‘They must think it’s just bees or something,’ said Chris 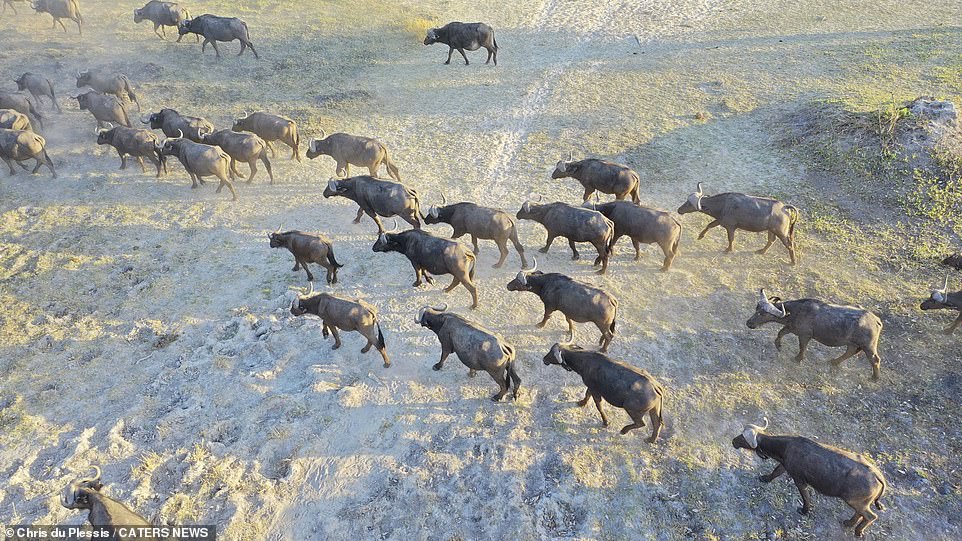 African buffalo are pictured moving in a herd, completely relaxed about the drone flying nearby 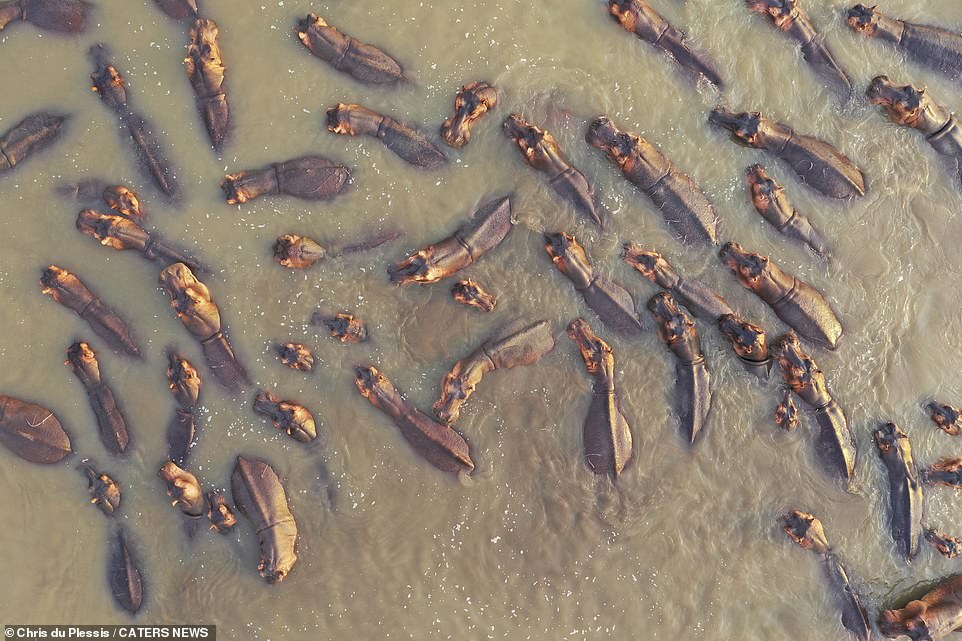 Chris splits his time between Germany and Africa and captures shots of giraffes, wildebeest, elephants and hippos (pictured) on his travels 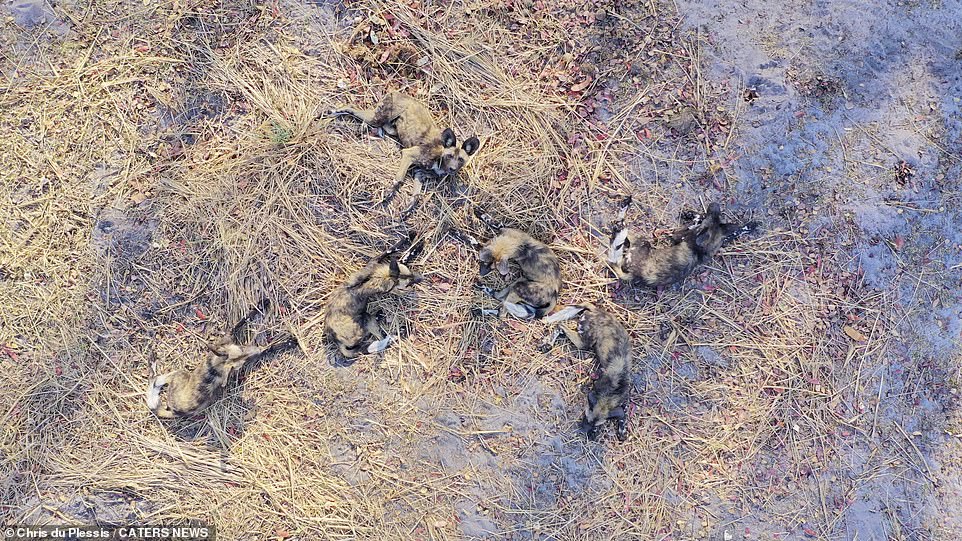