Home » World News » Best (and worst) of British: Survey of our tastiest and yuckiest food

The best (and worst) of British: Survey reveals our tastiest and yuckiest food, with Yorkshire pudding and fish and chips topping the list, while kippers and jellied eels are in the hall of shame

Trying to find a meal which everyone will enjoy eating is rarely a piece of cake.

So it comes as no surprise that when the country was asked which traditional British fare they liked several staple dishes were not to everyone’s taste.

According to a survey of 6,367 adults, the nation’s favourite dish is the Yorkshire pudding. A massive 85 per cent of those who have tried one like the savoury batter – which, to some, counts as a full meal.

Meanwhile Sunday roasts and fish and chips came in at second place, with an 84 per cent approval rating, according to the survey by YouGov – better known for their political opinion polling. 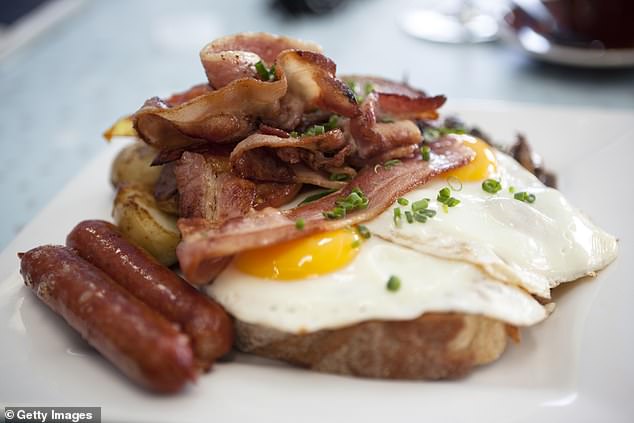 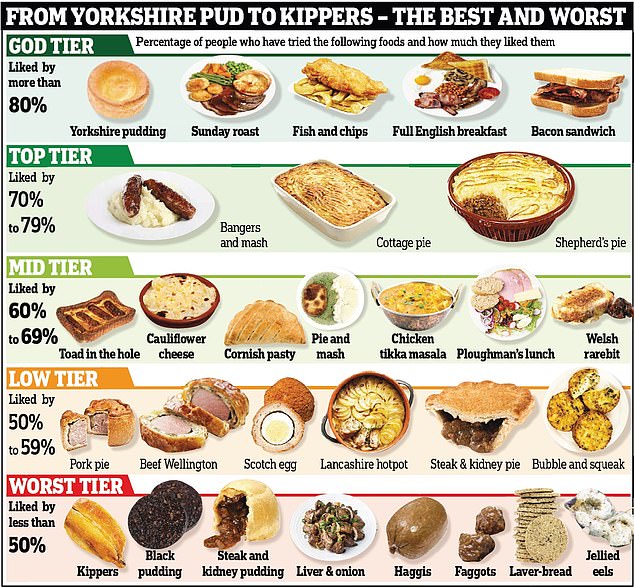 The study placed 30 classic British dishes in five ‘tiers’ depending on how well received they were by the public.

The top ranking, termed ‘God tier’, was reserved for food which was enjoyed by over 80 per cent of respondents.

This tier also included the bacon sandwich – although the statistics revealed 25 per cent had never tried one. The rankings then ranged from ‘top tier’, for those which were approved of by 70-79 per cent of respondents, down to the ‘C**p tier’ for dishes liked by less than 50 per cent. 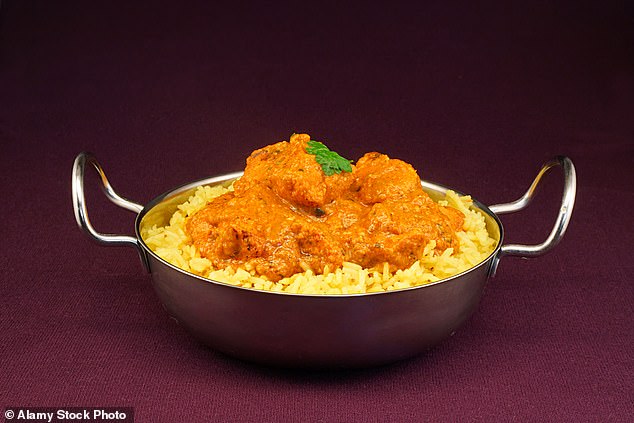 The lowest-ranked foods included steak and kidney pudding, haggis, faggots and jellied eels, which came bottom of the pile with only six per cent. 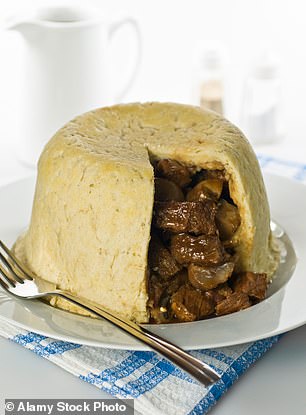 The late food critic AA Gill once likened the dish to something you might find ‘dredged out of a storm drain’.

The figures also revealed a divide between what the sexes like eating.

Some 63 per cent of men enjoy steak and kidney pudding, compared with 47 per cent of women.

While for cauliflower cheese 76 per cent of women like it compared with 62 per cent of men.

Male and female opinion is less divided on desserts, the largest gap evident with Eton mess which 75 per cent of men enjoy compared with 64 per cent of women.

Scones came top of the sweet stakes with an 85 per cent approval rating, closely followed by Victoria sponge and hot cross buns.

Deep-fried Mars bars languish at the bottom, with just 22 per cent of those who have tried it enjoying the experience.