A black British actress who has a major role in Hollywood film Dune was reportedly removed from the poster released for audiences in China.

She features prominently in the poster released in the UK and US but, according to reports, has been removed from promotion for the film in China. 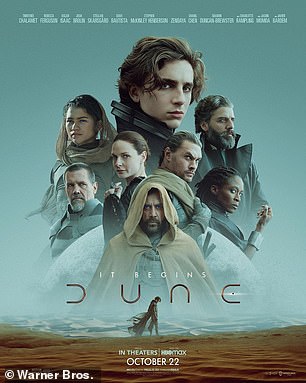 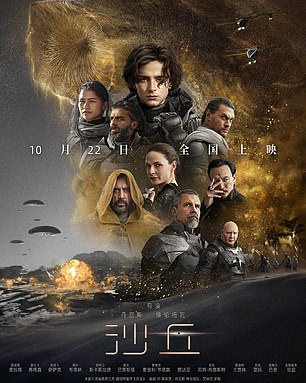 Black British actress Sharon Duncan-Brewster has reportedly been removed from the poster for the Chinese version of new film Dune. Above: The Western poster (left) and the Chinese one (right)

It comes six years after black star John Boyega’s image was dramatically reduced in size in the Chinese poster for Sar Wars The Force Awakens.

The removal of Ms Duncan-Brewster’s image was highlighted by the China Africa Project, a US-based organisation which aims to explore ‘every aspect of China’s engagement with Africa’.

In a tweet, it claimed the poster had been ‘airbrushed’ to remove the Ms Duncan-Brewster. 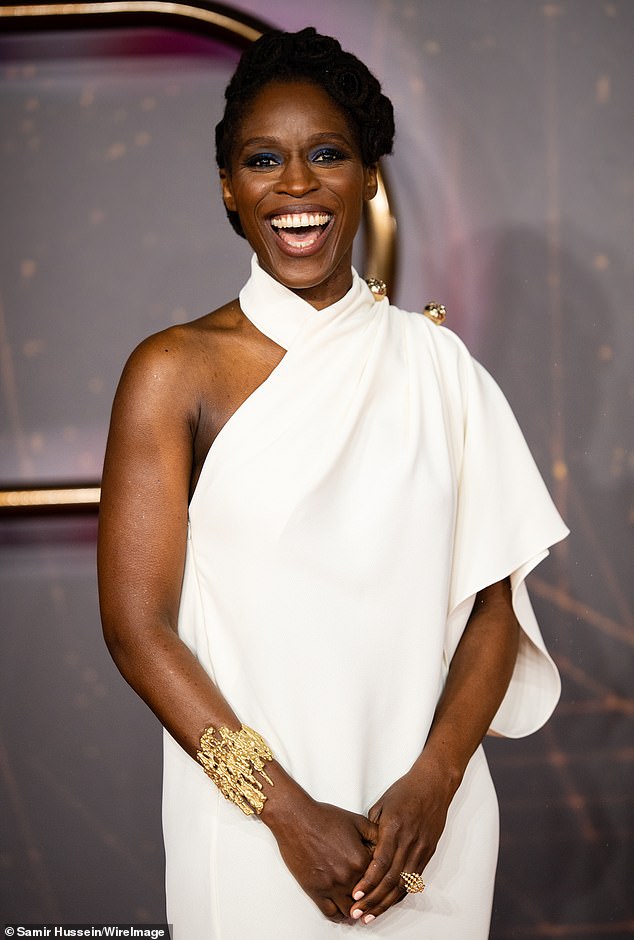 Responding to the claim, Chinese state media alleged it was a ‘smear’.

It is not clear if the new poster was designed by Warner Bros or Legendary East, the firm responsible for distribution in China.

Both firms have been approached for comment by MailOnline.

In 2015, Boyega – who played lightsaber-wielding Finn in the new Star Wars film – featured much less prominently in the Chinese poster.

The move prompted accusations of racism.

Other characters Chewbacca and Oscar Isaac’s Poe Dameron were also missing, while droid BB-8 was much larger in the Chinese version.

Hollywood has previously been accused of making changes to its films to appease the Chinese authorities. 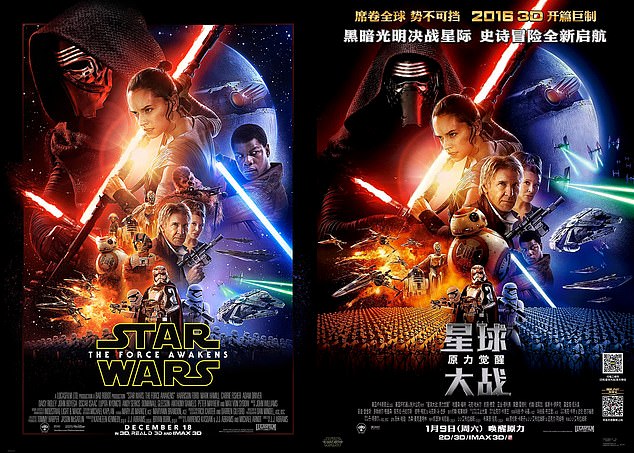 In 2015, John Boyega – who played lightsaber-wielding Finn in the Star Wars The Force Awakens – featured much less prominently in the Chinese poster

Last year, Marvel was accused of ‘whitewashing’ a Tibetan character from its 2016 film Dr Strange over alleged fears that it would harm the film’s chances of success in China.

The character was played by British actress Tilda Swinton.

Dune was released in China last Friday but was pipped to top spot at the box office by Chinese war epic The Battle at Lake Changin.