‘Blind’ Italian scammer who claimed £144,000 in benefits over 13 years is caught after he was seen DRIVING and window shopping

An Italian scammer who claimed he was blind and received £144,000 in benefits over 13 years has been caught after he was seen driving and window shopping.

Then man was was arrested Wednesday on suspicion of fraud, news reports said, after he was also spotted riding a scooter.

The man in Palermo, Sicily, received at least 170,000 euros (£144,000) in benefits since 2008 after attesting that he was ‘totally blind’ as a result of a congenital problem, local media reported. 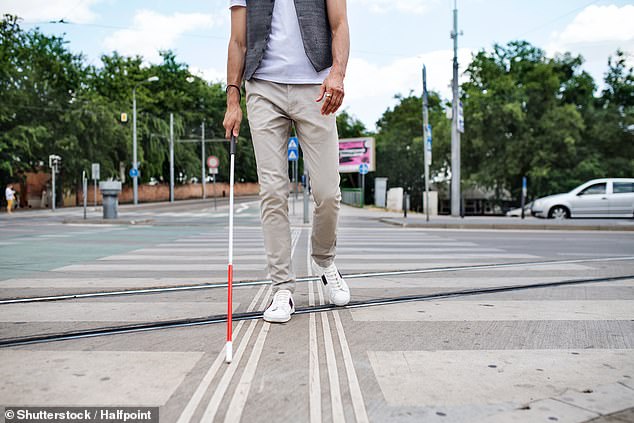 An Italian scammer who claimed he was blind and received £144,000 in benefits over 13 years has been caught after he was seen driving and window shopping [stock image]

Italy’s financial police were alerted after the man renewed his driver’s license in 2018 despite his earlier declaration, media said.

During stake-outs, authorities witnessed the man driving – while dialling on his phone at the same time – looking at shop windows while walking through a busy mall and teaching his daughter to ride a bike.

The 40-year-old was also seen riding a scooter without insurance, Palermo Today reported, adding that the man was nicknamed ‘Berlusconi,’ after Italy’s former prime minister with a history of legal problems.

The man was already known to authorities, having received a jail sentence of nearly 15 years in the first instance last year for being part of a group that staged fake traffic accidents to receive insurance payouts.

The case is under appeal.

Despite being the owner of a garage, the man also received Italy’s so-called ‘basic income,’ or monthly welfare payment given to the country’s poorest citizens.

The case is not the first time a person claiming to be blind has been caught out.

According to The Local, a man in 2013 was arrested after claiming around 140,000 euros by saying he was blind. He was caught after he filmed giving directions while he was out shopping.

The news outlet reported that in July 2013 alone, 40 people claiming benefits for blindness were arrested in Rome after police filmed them driving, reading newspapers and carrying out other daily activities. 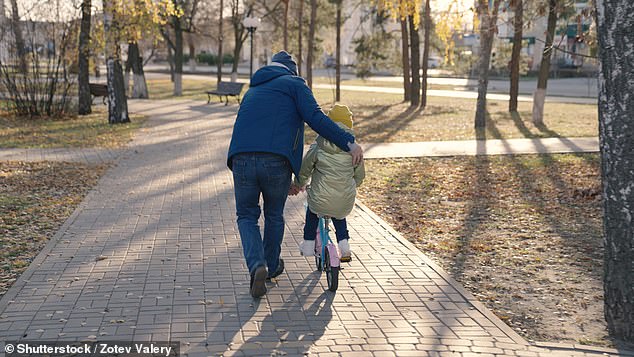 During stake-outs, authorities witnessed the ‘blind’ man driving – while dialling on his phone at the same time – looking at shop windows while walking through a busy mall and teaching his daughter to ride a bike [stock image]

Disability fraud is a widespread problem in Italy, particularly in the country’s southern regions and in Sicily.

In once case reported by The Guardian, a man was arrested in April 2019 for allegedly falsely claiming to be a paraplegic, claiming almost £120,000.

The man was even granted audience with the Pope in 2015, with police saying his scam began in 2007 when he staged a road accident with an accomplice.

Like many countries in Europe, Italy has a welfare state, and its expenditure of social benefits is one of the highest among OECD countries. Its welfare state is based upon the corporatist-conservative model.

As of 2019, Italy’s social expenditure was at 28.2 percent of its GDP, while the OECD average at the time stood at 20 percent.

The country’s social benefits are most often allocated to low-income households, the elderly, sick, unemployed, the young or the disabled.