Court records show that Singer, whose credits also include Superman Returns and The Usual Suspects, continues to deny he assaulted Cesar Sanchez-Guzman or ever attended a party with him on a yacht as it sailed on Lake Union and Lake Washington in Seattle. 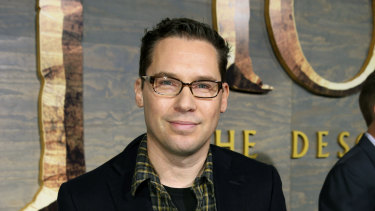 Bryan Singer has agreed to pay to settle rape allegations.Credit:Invision/AP

A trustee who is overseeing Sanchez-Guzman's bankruptcy case filed a motion on Wednesday, US time, recommending the settlement be approved.

The trustee noted that it would be enough money to pay off the $US61,000 in claims against Sanchez-Guzman, pay the costs of administering the case and leave money left over for him.

"The decision to resolve the matter with the bankruptcy trustee was purely a business one, as litigation costs would well exceed the amount requested by the trustee to pay off the creditors who were owed money when the debtor filed for bankruptcy," Singer's lawyer said in a statement.