Boy, eight, and 17-year-old girl are rushed to hospital after being poisoned by eating cannabis-infused sweets

Parents have been warned about the dangers of cannabis sweets after an eight-year-old boy and 17-year-old girl were left seriously ill.

In total three children were left needing hospital treatment after two separate incidents in Bradford this weekend after consuming the super-potent cannabis sweets, known as edibles.

The cannabis-infused sweets are often designed to look like popular confectionery brands but can be up to 50 times stronger than a joint.

West Yorkshire Police said there were ‘genuine concerns’ the eight-year-old boy would not survive but all three have since recovered from their illness.

The first incident occurred shortly after midnight on Saturday when police were contacted by ambulance staff.

Paramedics had been called to an address in the Great Horton area of Bradford where the eight-year-old boy and a 17-year-old girl were found seriously ill with ‘poisoning type symptoms’.

Both were taken to hospital for treatment, with serious concerns for the condition of the younger child. 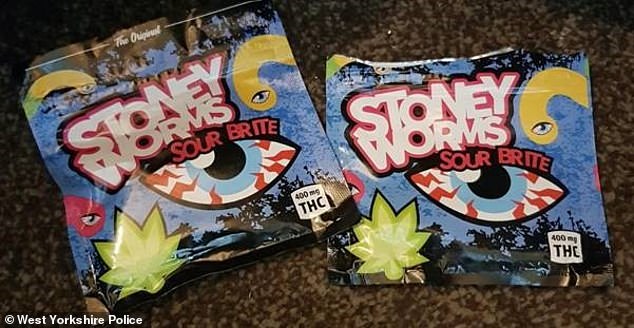 Parents have been warned about the dangers of cannabis sweets after an eight-year-old boy and 17-year-old girl were left seriously ill in hospital in Bradford, W. Yorkshire, this weekend

The force said their investigation established that the children had consumed cannabis edibles – sweets laced with THC – the psychoactive chemical in cannabis that causes intoxication.

On Saturday afternoon, police were contacted by staff at Bradford Royal Infirmary reporting a 15-year-old boy from the Great Horton area who had fallen ill after consuming cannabis edibles in a separate incident.

The trio of poisonings over the weekend sparked an urgent warning to parents in Bradford, West Yorkshire.

Police say they are investigating how the children obtained the drugs amid calls for action before the craze causes a tragedy.

The first two children had consumed a brand known as Stoney Worms Sour Brite which, according to the bag, contains 400mg of THC per pack.

Superintendent Richard Padwell, of Bradford District, said: ‘These incidents are obviously a real cause for concern. 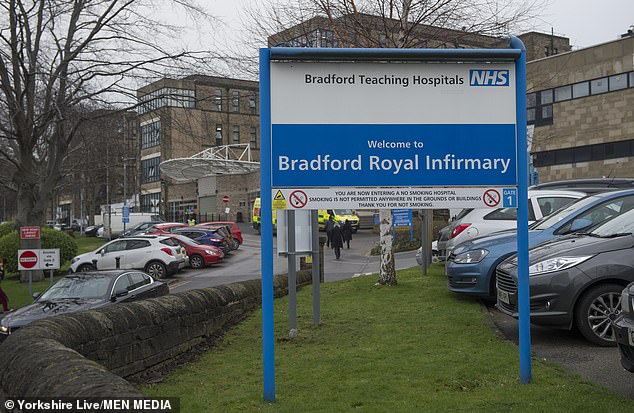 ‘Although the children involved have recovered after hospital treatment, there were initially genuine concerns for the youngest child that we could have been looking at a tragic outcome.

‘We have been aware of cannabis edibles being in circulation for some time, and our neighbourhood policing teams and other specialist officers have been actively targeting those involved in their supply, with arrest and seizures and investigations ongoing.

‘These recent incidents where the health of children has been put at risk very starkly illustrate the dangers of this particular form of cannabis.

‘These edibles are professionally packaged like popular brands of sweets which can make them appear attractive to children, yet they often contain a very high dose of THC, which means that people can feel very unwell very quickly.

‘We would urge parents and carers to be vigilant that these items are in circulation in our communities and to recognise the risks and report any concerns or information to us.

‘We are working with our partner agencies, including local schools, to raise awareness of the issue as part of our ongoing efforts to safeguard young people from the use of these and other drugs. 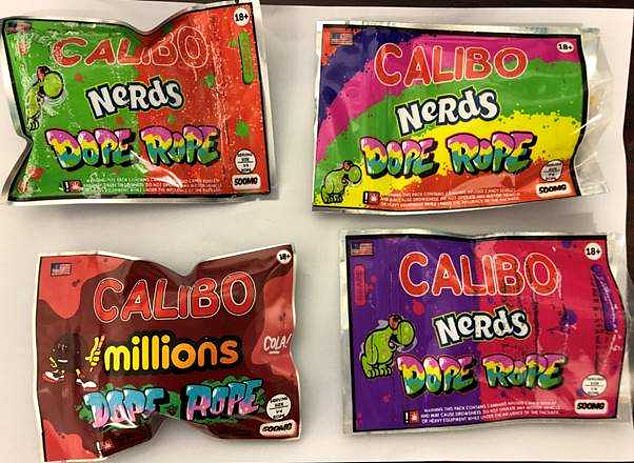 Pictured: These cannabis sweets were seized by West Yorkshire Police in Wakefield

‘At the same time, we will continue to proactively target those who are involved in the supply of these items and ensure they face the appropriate criminal penalties.’

The incident is just the latest example of children left needing hospital treatment after consuming the potent form of the drug.

The edibles are often packaged to look like popular children’s sweet brands and dealers have been targeting young people on social media, with deliveries made often within 24 hours.

In July this year, two 13-year-old boys were rushed to hospital after eating sweets laced with suspected cannabis in the Merseyside area.

In October last year, 13 schoolgirls at a Catholic school in Camden were left needing hospital treatment after consuming edibles, which can be up to 50 times stronger than a joint.

The ‘sweets’ come in a variety of different strengths of THC – the active component in cannabis, ranging from 75mg to a mind-bending 300mg, which can cause vomiting and other side effects. 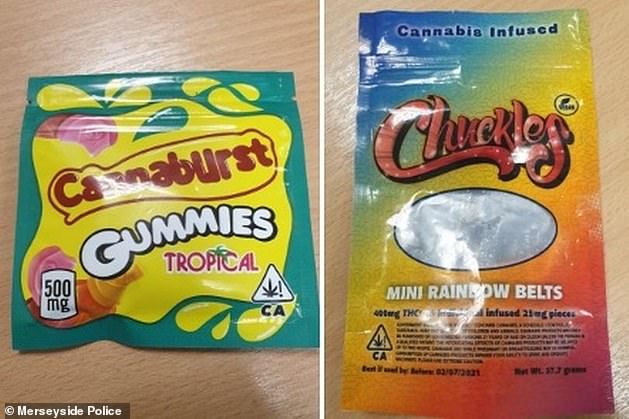 Pictured: Merseyside Police seized these cannabis-laced sweets, branded as ‘Cannaburst’ and ‘Chuckles’, after two 13-year-old boys ate some and were hospitalised in July this year

Concerns have been raised however, that not all the packaging contains adequate information as to their strength and simply state ‘infused with cannabis.’

Some of the ‘sweets’ market themselves as a health treatment with one British website claiming: ‘Eating marijuana works better for LONG LASTING pain relief muscle spasms and similar conditions.’

Because the substance is eaten rather than smoked, the effects can last much longer and sometimes don’t even surface until hours after ingesting the product.

While no-one has ever died as a direct result of cannabis, users or those who have never taken the drug can misjudge doses, especially when eating it, and suffer side effects like vomiting and panic attacks.

Cannabis infused sweets have become the latest craze among teenagers with authorities warning parents that they pose a serious danger because of their strength and if consumed to excess.

Known as ‘edibles’ they are freely available on the internet for around £20 for a packet of 30.

But street dealers are selling individual sweets for as little as £1 each, prompting a surge in popularity amongst school pupils, particularly in London and other urban areas.

The ‘edibles’ are attractively packaged in a way designed to appeal to young people while making it difficult to distinguish them from regular sweets. 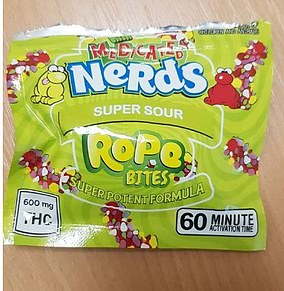 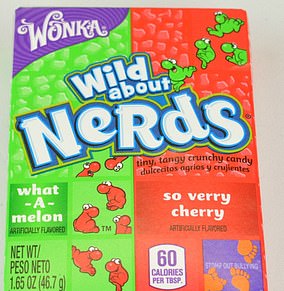 Last year, the Met Police shared this image of ‘super potent’ edibles  (left) which are designed to look like real sweets (right) but supposedly contain 600mg of THC

The ‘sweets’ come in a variety of different strengths of THC – the active component in cannabis, ranging from 75mg to a mind-bending 300mg, which can cause vomiting and other side effects.

Concerns have been raised however, that not all the packaging contains adequate information as to their strength and simply state ‘infused with cannabis.’

Some of the ‘sweets’ market themselves as a health treatment with one British website claiming: ‘Eating marijuana works better for LONG LASTING pain relief muscle spasms and similar conditions.’

Amongst the ‘edibles’ it lists are: Gummie Bears; Cherry Candy; Watermelon Rings and Peach Rings. THC laced fruit syrup is also available. All of it comes in stylised, colourful packaging.

While it is illegal to sell items containing THC in the UK for recreational purposes, it is legal for medical reasons, providing a dangerous loophole which many youngsters and dealers are exploiting.