Luke Benjamin Thornton, 37, was visiting Pai, northern Thailand, with his wife and friends when a group of three men riding motorbikes targeted the holidaymakers.

According to reports, they were walking near a school on May 20 when a motorbike ridden by one of the attackers was rammed into one of the group.

Mr Thornton is claimed to have tried to calm things down when an argument broke out, but was then beaten unconscious with metal poles, reports say. 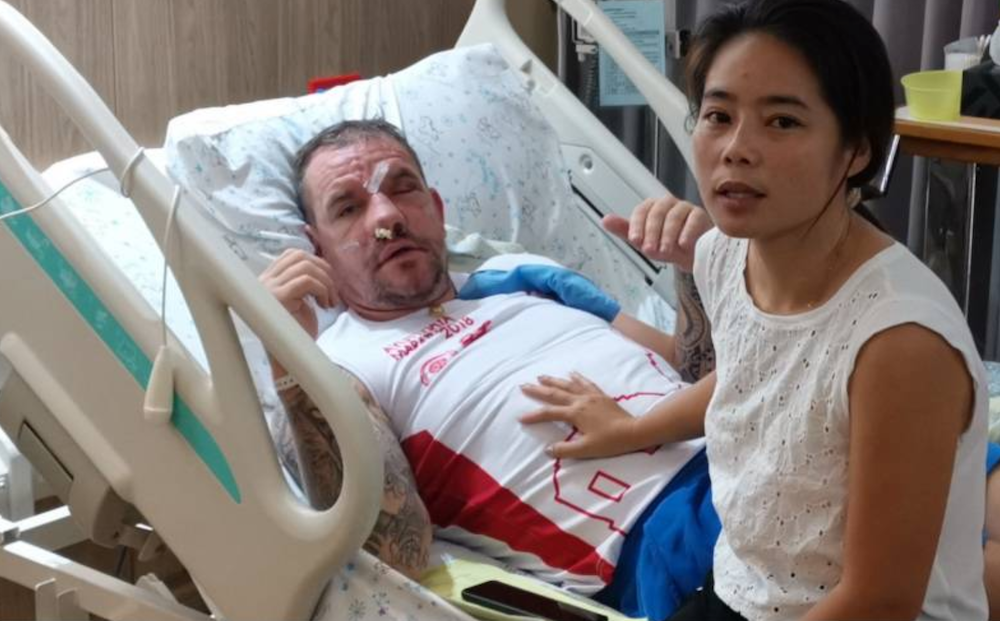 Luke’s Thai wife Saifon Phetkrachang told reporters he had raised his hands to plead for his life but says he was kicked and beaten unconscious and left for dead as the gang fled the scene.

He was taken to Chiang Mai Ram Hospital with a fractured skull, fractured eye socket and other facial injuries.

He is reportedly still in hospital and suffering from double vision. 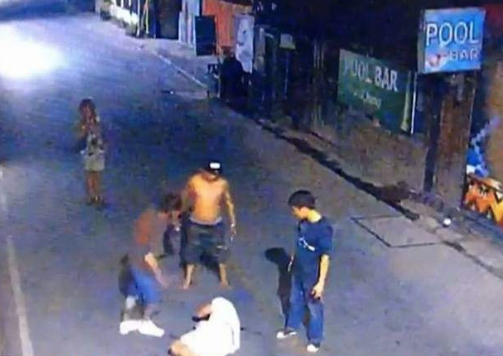 His wife claims that relatives of the attackers had allegedly been in touch to threaten the victim not to prosecute or their lives would be in danger.

The couple’s return to their home in the UK has also been delayed as Luke is currently unable to travel.

His wife, 33, has called for justice for her husband, claiming that police, while initially arresting the three men, had failed to follow through in prosecuting them. 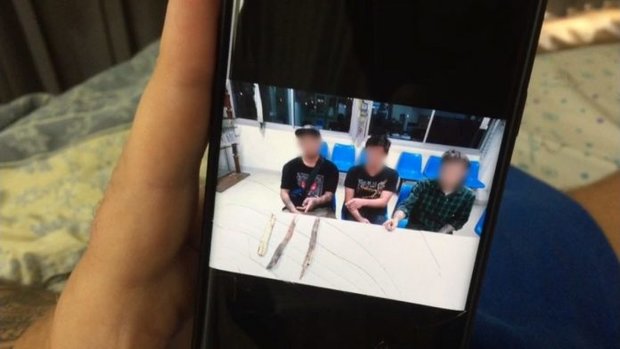 She also raised the question of who should pay for hospital bills given her husband did nothing wrong.

Mae Hong Son Police confirmed that they had arrested the three men but are still in the process of completing their investigation, including the processing of fingerprints.

They noted that they expected the investigation to be concluded no later than 30 days.