Home » World News » British embassy 'spy feared to have passed secrets to Putin' is 'nothing like James Bond', pal claims

THE suspected spy feared to have passed British secrets to Vladimir Putin’s agents in Berlin is “nothing like James Bond”, a pal told The Sun yesterday.

Married David S, 57, likes tea — especially when drinking from a mug emblazoned with a Russian flag — and drives a battered Ford Fiesta. 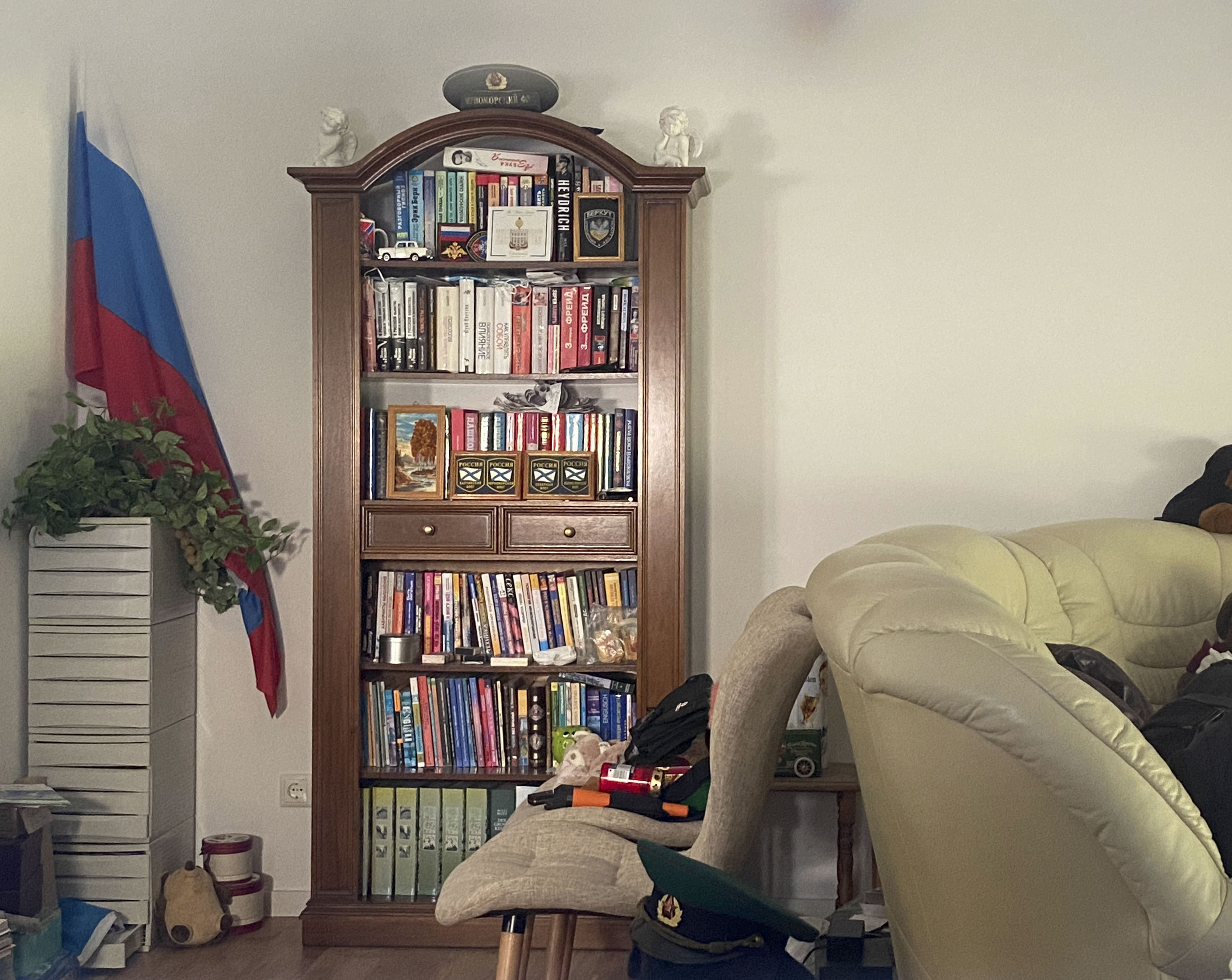 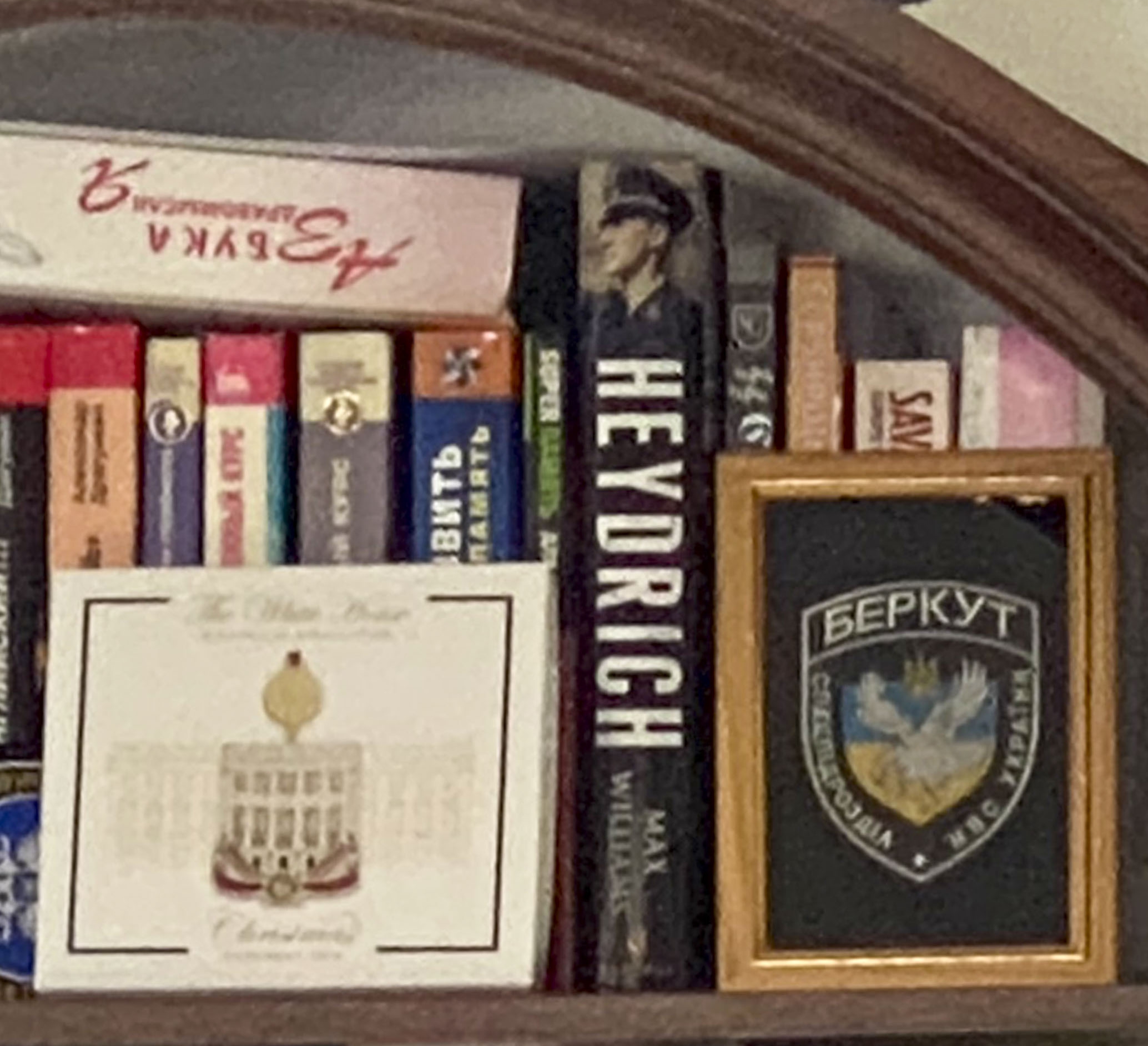 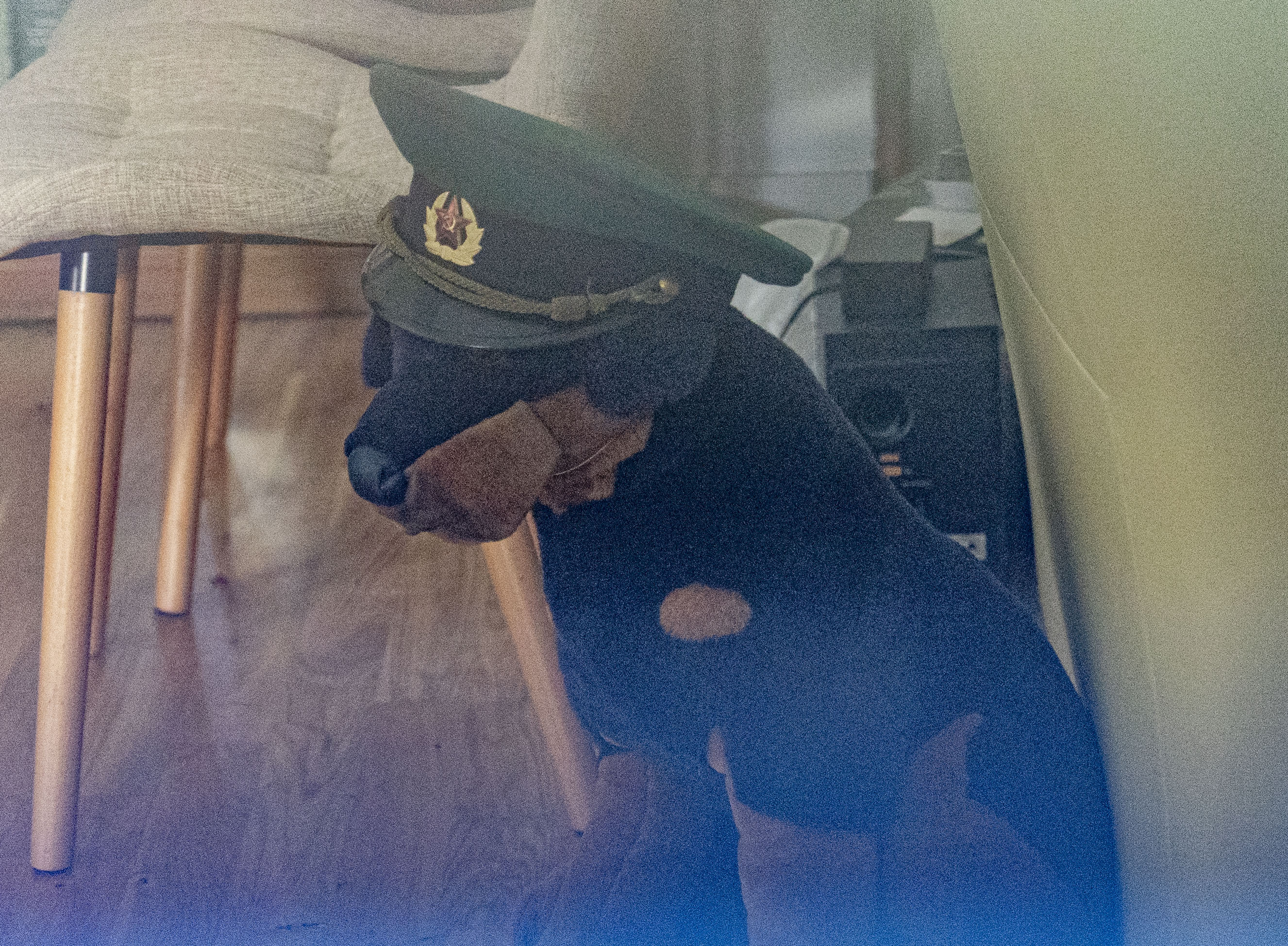 He took packed lunches to work as an embassy security guard.

Yesterday a photograph emerged of the moment he was arrested on Tuesday by German cops, showing him in jeans and blue polo shirt with a pot belly and balding head.

Colleagues say he was “obsessed” with military history and Russia, and spent days off scouring World War Two battlefields for artefacts.

A friend said: “Flashy spy he is not. No smart suits — more T-shirts and jeans. Definitely not a James Bond. He liked a cup of tea. He’d come to work with sandwiches and a bag of crisps.

“He also loved to have a drink. His favourite beer was Krombacher.

“He’d enjoy a four pack, never went on a diet and joked about people who wanted to exercise.

“He’s been driving his clapped out Fiesta for 16 years.”

S, whose wife is believed to be from Odessa, Ukraine, lived in a small ground-floor flat in Potsdam, a 30-minute drive from the capital.

The flat is filled with Russian flags. Even his favourite tea mug has a Russian emblem. The flat also contains Nazi memorabilia including memoirs by monsters such as ­Reinhard Heydrich, a principal architect of the Holocaust.

The friend said: “David was obsessed with World War Two, particularly the role played by Russia and the Nazis.

“He made no secret of it. He left Britain due to money troubles and headed to Berlin where he could further his passion. He loved it that much. David would go searching for artefacts buried in forests and had a Wehrmacht helmet which he liked to pose in.”

S was firearms trained and carried a 9mm Browning pistol in his first posting to Berlin as a member of the Germany Guard Service. The GGS was hired by the Ministry of Defence to patrol the Army’s sprawling military garrison in ­Bielefeld, in North Rhine-Westphalia.

A former colleague said S was recruited as a locally employed civilian and was a member of the dog section for years.

He is believed to have left the job before British soldiers were withdrawn for good and later took up a role at the embassy in Berlin. In the years that followed, he allegedly pocketed thousands of pounds in return for handing over information gleaned from behind its vast walls.

Yesterday, The Sun told how he was held after an MI5-led Anglo-German operation lasting months.

Last night, sources ruled out a terror link and said the investigation was increasingly focusing on “eavesdropping”.

It is feared his privileged position at the embassy gave him “unfettered” access to sensitive conversations held by those entering the building. S, known to pals as Smudge, is now being held at a super-max German prison in Karlsruhe while British officials consider extradition proceedings.

One said they are “weighing up their options” but could eventually leave him to face justice alone in Germany as prosecutors build a case against him.

But there are now growing questions over how he was able to gain access to the heart of the UK’s spying operations across Europe and Russia.

One security insider said: “ S’s position meant he could legitimately position himself to overhear some of the most sensitive discussions in communal areas or while on patrol. Senior diplomats are so difficult to target. Other than drivers, security guards have the kind of access that makes them the best of the low-hanging fruit for foreign powers to target.”

Erich Schmidt-Eenboom, an intelligence services expert in Germany, said yesterday: “According to my information this man also had access to information relevant to security services.

“So this now puts us in the territory of the royal game of counter-espionage.

“What remains an open question is whether this is someone recruited by the Russians or someone who offered his services freely for financial self-interest — and I reckon it would be the latter.

“This is because normally the Russians would be very, very cautious about accessing files at the British embassy by just chatting someone up as it runs the risk of getting on to the radar of MI5.

“In most of these cases where cash is exchanged, these people just offer their services.”

Inside S’s one-bedroom property, a large Russian flag is propped in a corner next to a wooden bookcase, topped with a Soviet-era cap.

It is filled with Russian books, framed naval ensigns and military mementoes. Another smaller flag sits proudly on his computer desk, with a third down by his TV and next to a PlayStation controller.

On the wall of the white-washed kitchen is the imperial flag of the Russian Federation with Eagle Crest.

A Rottweiler soft toy with another military cap sits on the wooden floor close to a filing cabinet and a paper shredder.

More soft toys are lined up on the back of a worn cream leather sofa, near a rucksack.

There is a framed insignia of the Ukrainian special police, and an official White House Christmas ornament for 2018. German prosecutors reckon S — who ended up under round-the-clock surveillance — was working for Russia since at least November last year.

The Federal Prosecutor’s Office announced: “On at least one occasion he forwarded documents obtained in the course of his professional activities to a representative of a Russian intelligence service.

“In return for providing information, the accused received cash in a previously unknown amount.” 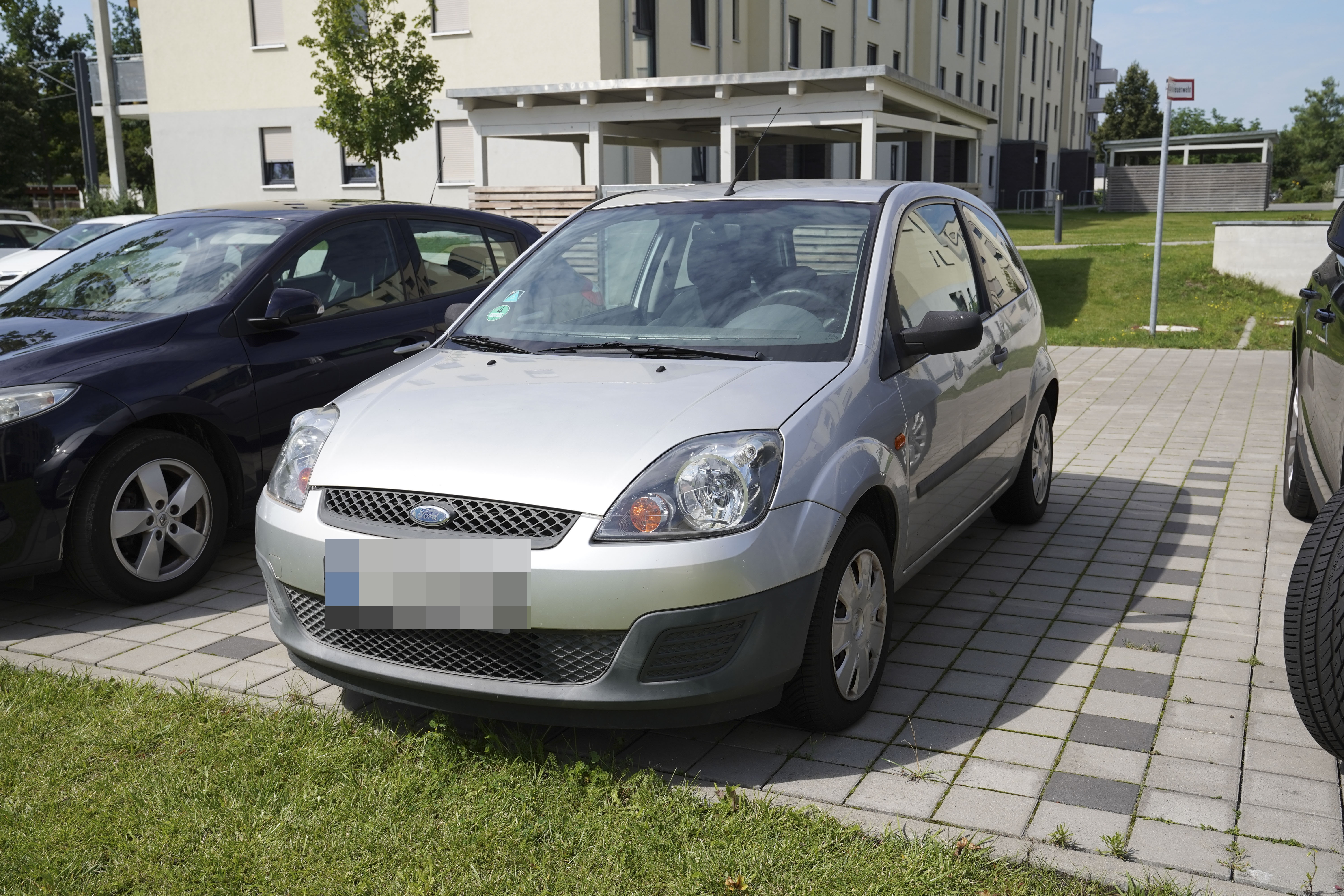 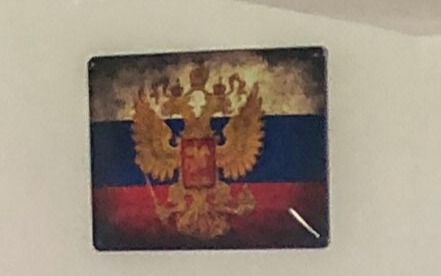 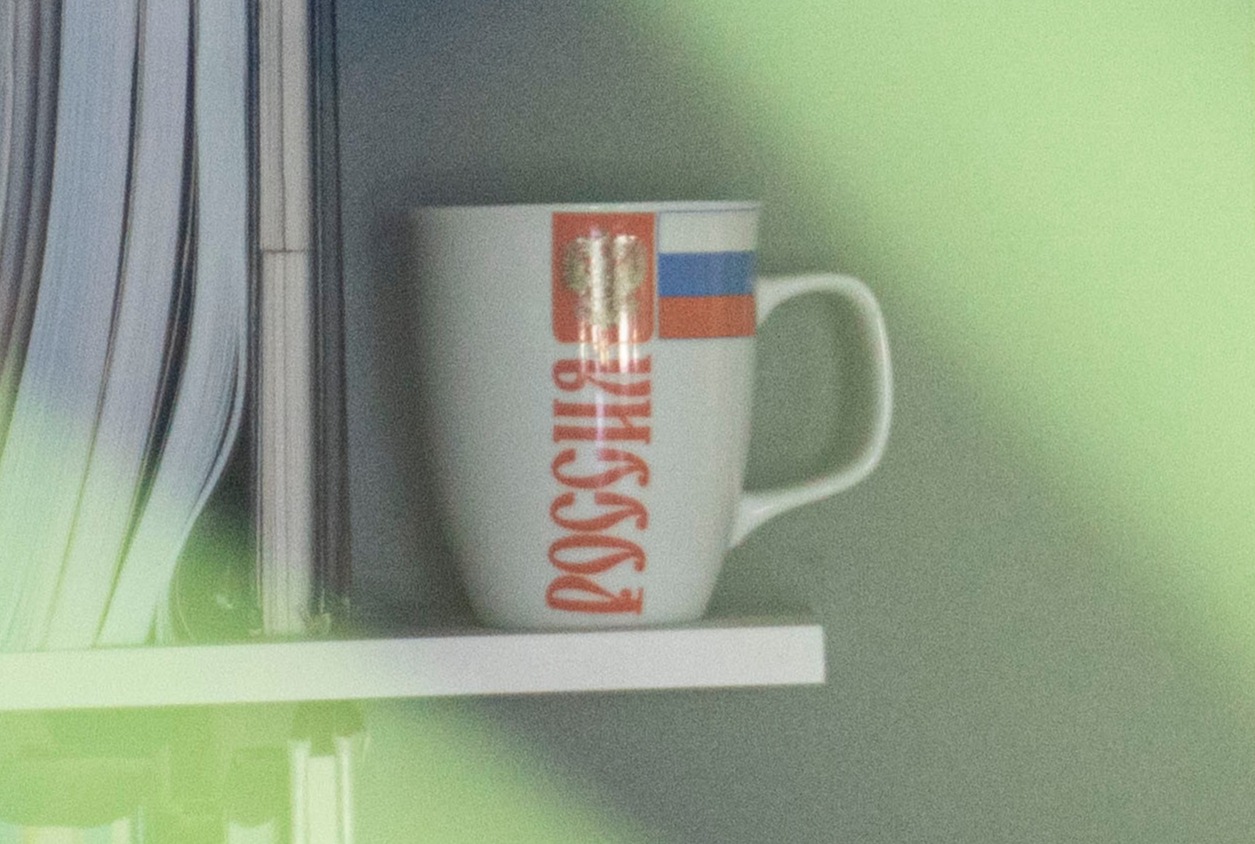