A British holidaymaker bitten by a spider on a beach in Ibiza has been told he needs to have at least two fingers amputated.

The 19-year-old is waiting to have surgery after returning home to Wales following two weeks of hospital tests in Spain to try to unravel the mystery swelling affecting his right hand.

Medics now say he was bitten by a poisonous brown recluse spider – and the bites are sometimes deadly to humans.

The teenager was bitten as he watched the sun set at a beach thought to be in the popular resort of San Antonio.

He told newspaper Diario de Ibiza: ‘I sat on some steps and felt something and stung me but I didn’t think anything of it.

‘I woke up at 5am the following morning because my hand was burning and was swelling up.’ 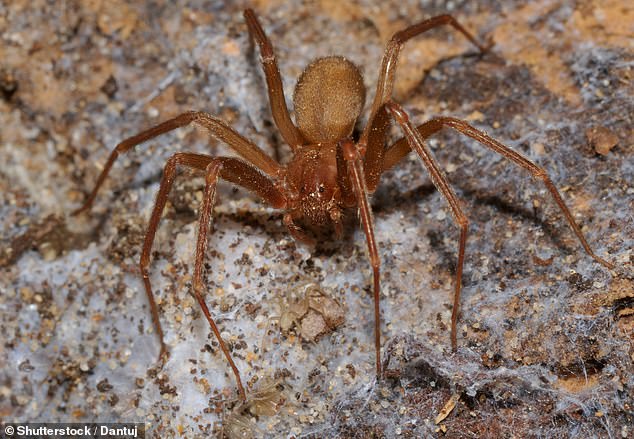 Detailing how he was given an injection which didn’t resolve the situation at a local health centre before being taken to Can Misses Hospital in the island capital Ibiza Town, he added: ‘I began to panic because my hands were turning more and more purple and the doctors told me they had never seen anything like it.’

Medics ended up putting him on a drip before a battery of tests showed he had been bitten by a poisonous brown recluse spider.

Bites from the species are uncommon but can cause necrosis which over time can lead to gangrene.

The unnamed holidaymaker is now facing surgery to remove two fingers and part of another at a hospital in Wales.

Describing his experience as a chance occurrence, he said: ‘Millions of people go to the same place every year to see the sunset and nothing ever happened to them before me.’ 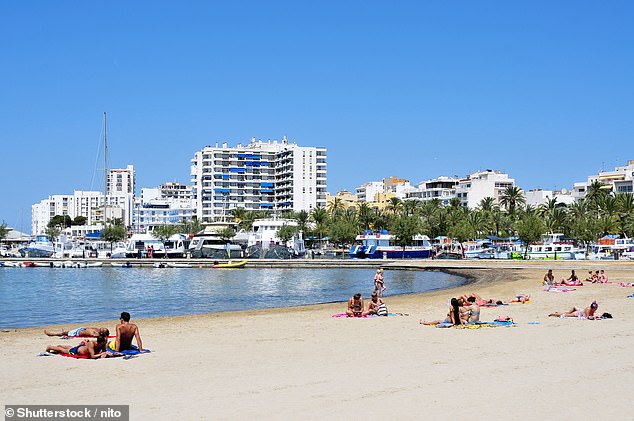 The teenager, bitten as he watched the sun set at a beach thought to be in the popular resort of San Antonio in Ibiza (file image)

In June a student was left fighting for her life in hospital after a venomous spider bit her while she slept on holiday and left her with a huge lump on her arm.

Abby Tannnetta, 18, who had been staying at her parents’ caravan in Cardigan Bay Holiday Park, Pembrokeshire, Wales, said at the time she thought a false widow spider was to blame.

She had to have emergency surgery to avoid sepsis setting in.

The teenager said after recovering: ‘People always say that spiders won’t hurt you, that you’re much bigger than them, but this shows they can. You just don’t think it will happen to you until it does.’

Most brown recluse spider bites do not result in any symptoms but when they do, the soft tissue destruction they cause can take months to heal and leave deep scars.

Over time the wound can grow to as large as 10 inches.

They are frequently exterminated in the lower midwestern US because of increased fear towards the arachnids, which can survive up to 10 months with no food or water.