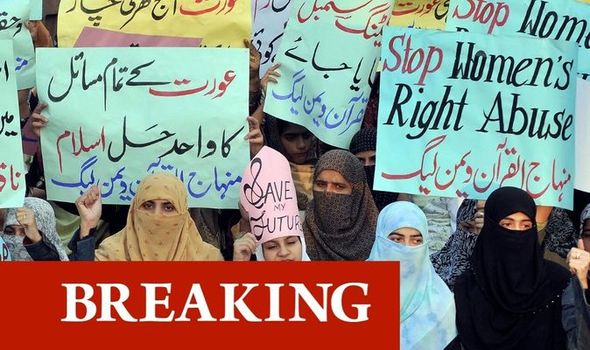 The 25-year-old, identified as Maya, was found shot in the head at her rented property in Defence, Lahore, on Monday, Dawn.com reported.

Police have said they are looking for two suspects.

Police Superintendent Sayyed Ali said: “We are also after two suspects and will share further details at a later stage.”

Local reports suggest two men were competing for the woman’s hand in marriage.

Before her death her uncle claimed two of her friends had been threatening and harassing her, according to the Independent Urdu.

The woman’s uncle then received a phone call from her father at around 2pm on Monday saying she had been killed.

The woman arrived in Pakistan from the UK two months ago.

Mr Sayyed said she was living with a friend who was assisting police with their investigation.

He said an unidentified caller had alerted officers to the murder.

Forensic experts attended the scene and cordoned it off.

Mr Sayyed said the woman was found lying in a pool of blood in her room with her mobile phone.

He said: “We have seized the mobile phone for forensic analysis.”

He added that police are checking nearby CCTV cameras.

Mr Sayyed said the woman’s parents and other family members have been contacted.