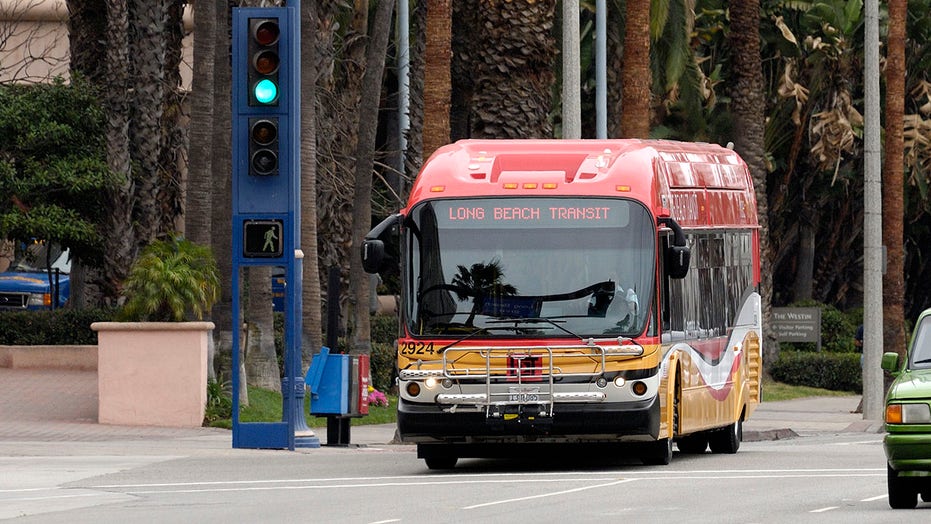 A 12-year-old boy in California was punched multiple times in an unprovoked attack Sunday while riding on a bus to visit his grandma in Long Beach, according to his father.

The incident happened just before 2 p.m. on the corner of Atlantic Avenue and Carson Street while the Long Beach Transit bus was parked at a bus stop, FOX11 Los Angeles reported.

The boy’s father, Billy Brown, told the station that a 40-year-old Hispanic male got on the bus and sat next to his son when the disturbing attack unfolded – and no one stepped in to help.

“The guy sucker-punched my son and hit him right in the face and just got to whaling on my son for no reason and of course, this is disturbing,” Brown said. “My son tells me that the guy then grabbed his shirt and slung him around to the other side of the bus and continued to beat on him and all this time, there are passengers on the bus and there’s a bus driver, and no one does anything to intervene.” 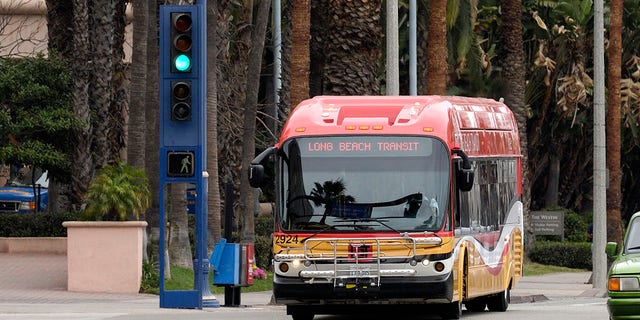 The boy said the bus was parked at a bus stop when a man attacked him.
(Jeff Gritchen/Digital First Media/Orange County Register via Getty Images, File)

The boy told the station that he tried to defend himself but the man overpowered him.

“He was just mad and he started hitting me and stuff in the head,” the 12-year-old said. “I tried to protect myself and I tried to block some of the hits, but I couldn’t block all of them.”

He said that no one, not even the bus driver, tried to help him before the man took his bag and walked off the parked bus. After the attack, the boy said one passenger asked if he wanted to call police.

Police said they contacted the 12-year-old boy the following day and are working with Long Beach Transit to identify the suspect, the station reported.

Long Beach Transit released a statement on Tuesday saying that the video footage from the bus has been shared with police.