It’s three years since former president Donald Trump held closed-door talks with Vladimir Putin in Helsinki and infamously sided with the Russian leader against his own intelligence agencies.

We can expect this 2021 version to look and feel very different.

Relations between the US and Russia have deteriorated since that summit in the Finnish capital and there is no expectation of rapprochement when the two leaders meet in neutral Switzerland next month.

In the first few months of his presidency, Mr Biden‘s administration has imposed harsh new sanctions on Russia for its role in a cyberattack on US government agencies and the poisoning of Alexei Navalny. It also sent warships into the Black Sea.

The specific agenda is still being pulled together, but we’re told that Mr Biden will look to build a channel of communication between The White House and the Kremlin in the hope that dialogue can avoid any misinterpretation or surprise.

In addition, the two men will discuss the COVID-19 pandemic, regional security (no doubt Belarus will now be high on that list) and nuclear stability with a view to a new Iranian nuclear deal.

It won’t be the first time that Mr Biden has met Mr Putin. As vice president the two came face-to-face back in 2011 when the American famously looked into the Russian leader’s eyes and said: “I don’t think you have a soul.”

And in an interview back in March he said that the former KGB man was “a killer”. It’s hardly the foundation for a friendly relationship.

Geneva is an obvious choice for the meeting, with Switzerland being a neutral country and not a member of NATO. 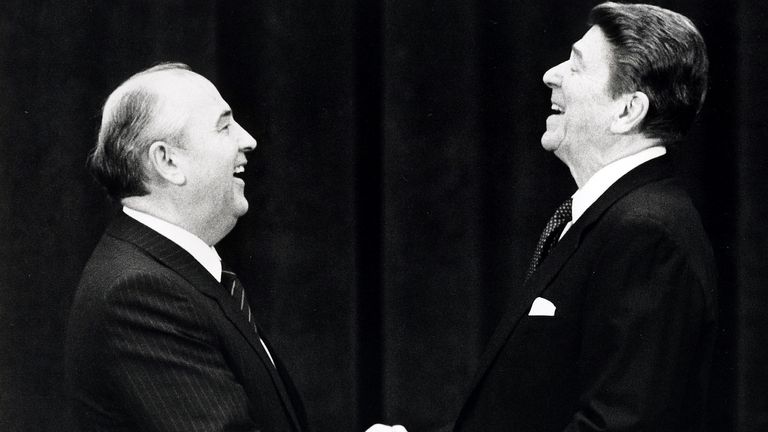 The lake-side city is a hub for global diplomacy and has been the scene for high-level summits in the past. In 1985 President Reagan met his Soviet counterpart Mikhail Gorbachev in the city and it was the beginning of a rapport between the two foes.

Mr Putin and Mr Biden don’t have to like each other, but simply talking in person can often build understanding between two sides otherwise engaged in long distance confrontation. It has worked in the past, can it do so again?