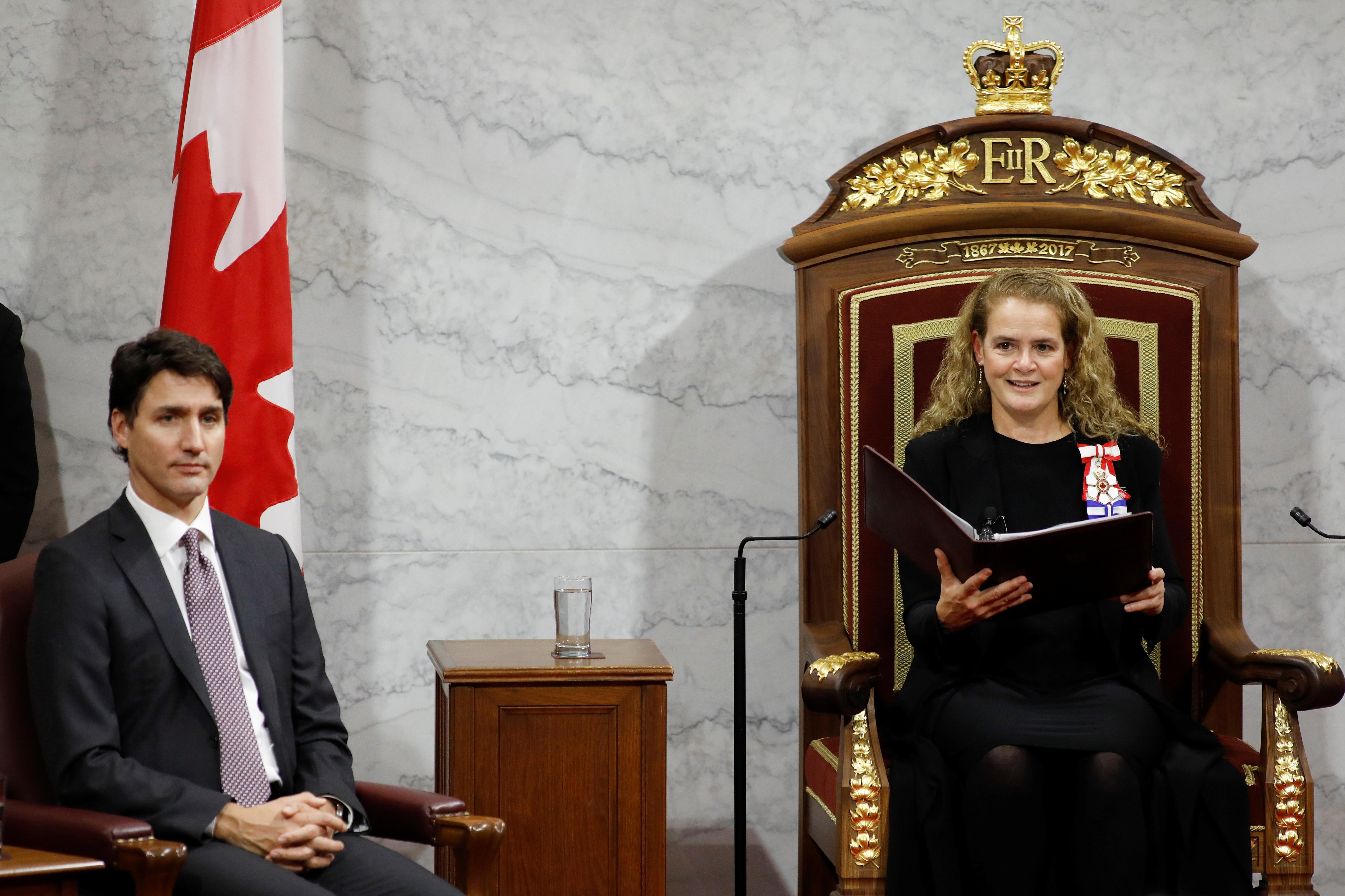 Trudeau’s Liberals were re-elected in October but lost their parliamentary majority and need the support of at least one opposition party to stay in power and pass legislation.

“Some believe that minority governments are incapable of getting things done. But Canada’s history tells us otherwise,” Governor General Julie Payette – head of state Queen Elizabeth’s representative in Ottawa – said in a speech she delivered on behalf of the prime minister.

After the speech outlining the new government’s priorities, which could lead to a parliamentary vote of confidence, Bloc leader Yves-Francois Blanchet said his party would back it.

“I am going to support the speech because I see in (it) many opportunities … to make some gains for Quebec,” he told reporters. Minority governments in Canada rarely last more than two years.

Together the Liberals and the Bloc, a separatist party rooted in the predominantly French-speaking province of Quebec, would hold a clear majority of the 338 seats in the House of Commons.

On the other hand, Jagmeet Singh, leader of the left-leaning New Democrat Party which shares many policy goals with the Liberals, said the speech did not win him over, though he stopped short of saying he would vote against it.

Finally, official opposition Conservative Party leader Andrew Scheer signaled he would not support the government, saying he was “extremely disappointed” by the speech.

Trudeau focused on key campaign pledges, like fighting climate change, which he said was “the defining challenge of our time,” and on taking steps to introduce national coverage for prescription drugs, known as pharmacare.

Scheer said the prime minister failed to address the concerns of the western oil patch. Trudeau’s Liberals did not win a seat in either Alberta or Saskatchewan, the heart of the struggling oil industry and home to the world’s third-largest crude reserves.

The government has not been able to accelerate the construction of pipelines needed to get the crude to international markets.

Scheer told reporters the speech “was an insult to the people of Alberta and Saskatchewan.”

In the speech, Trudeau said his government would work hard to get resources to new markets “and offer unwavering support to the hardworking women and men in Canada’s natural resources sectors.”

Real books are on the rebound. Not just books, bookshops, as independent booksellers fight back following decades of decline. Figures released this month from the Booksellers Association covering the UK and Ireland show that independently owned bookshops grew in 2019 for a…

Dirty boyfriend gets caught trying to have sex with girlfriend's mom