A CHEEKY Chinese home buyer has paid a deposit worth £17,000 in small change, forcing bank workers to spend hours counting coins on their hands and knees.

Employees of the Jinke Property Group in the city of Jihan, capital of the eastern province of Shandong, said they worked for four hours before giving up and weighing the piles of coins instead. 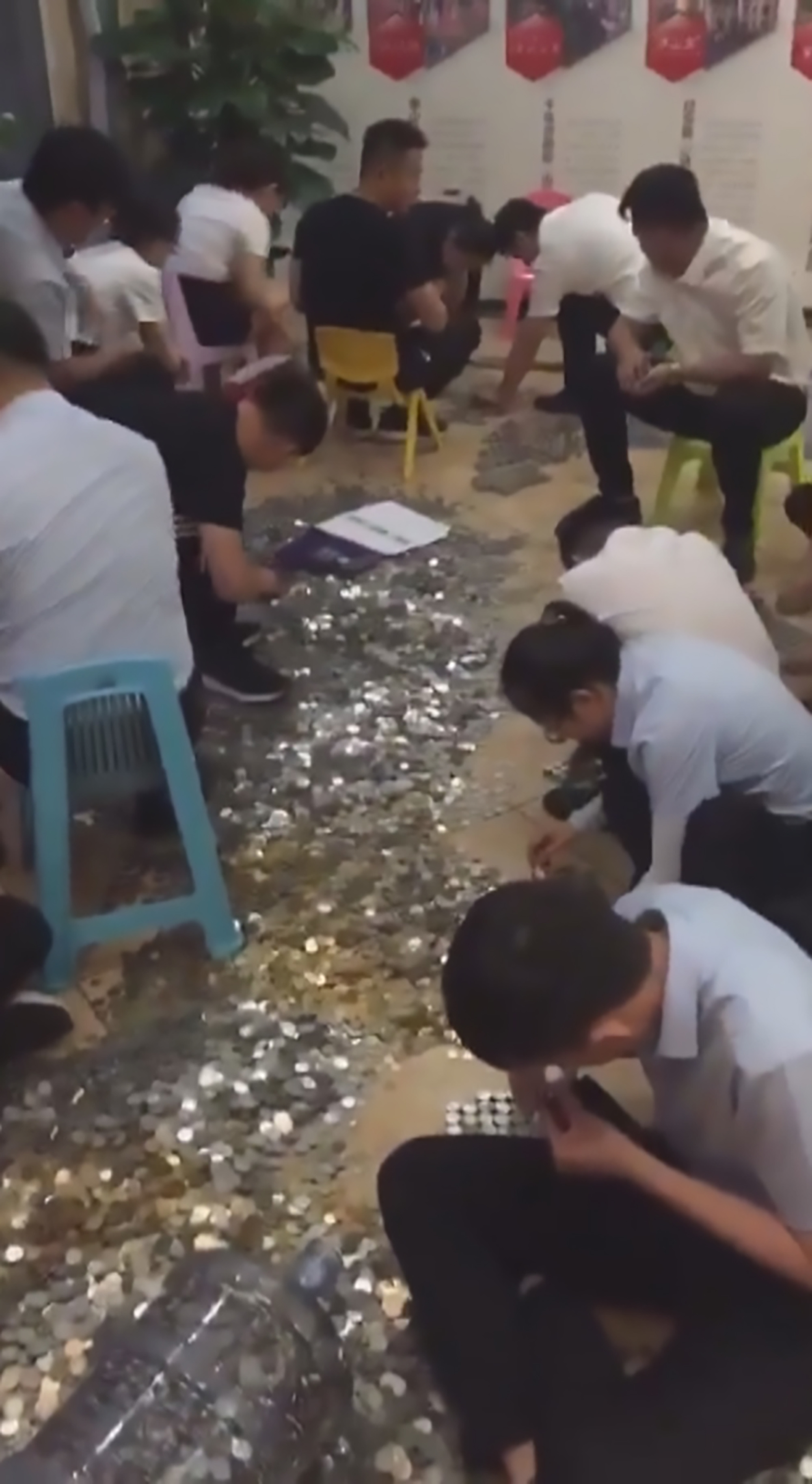 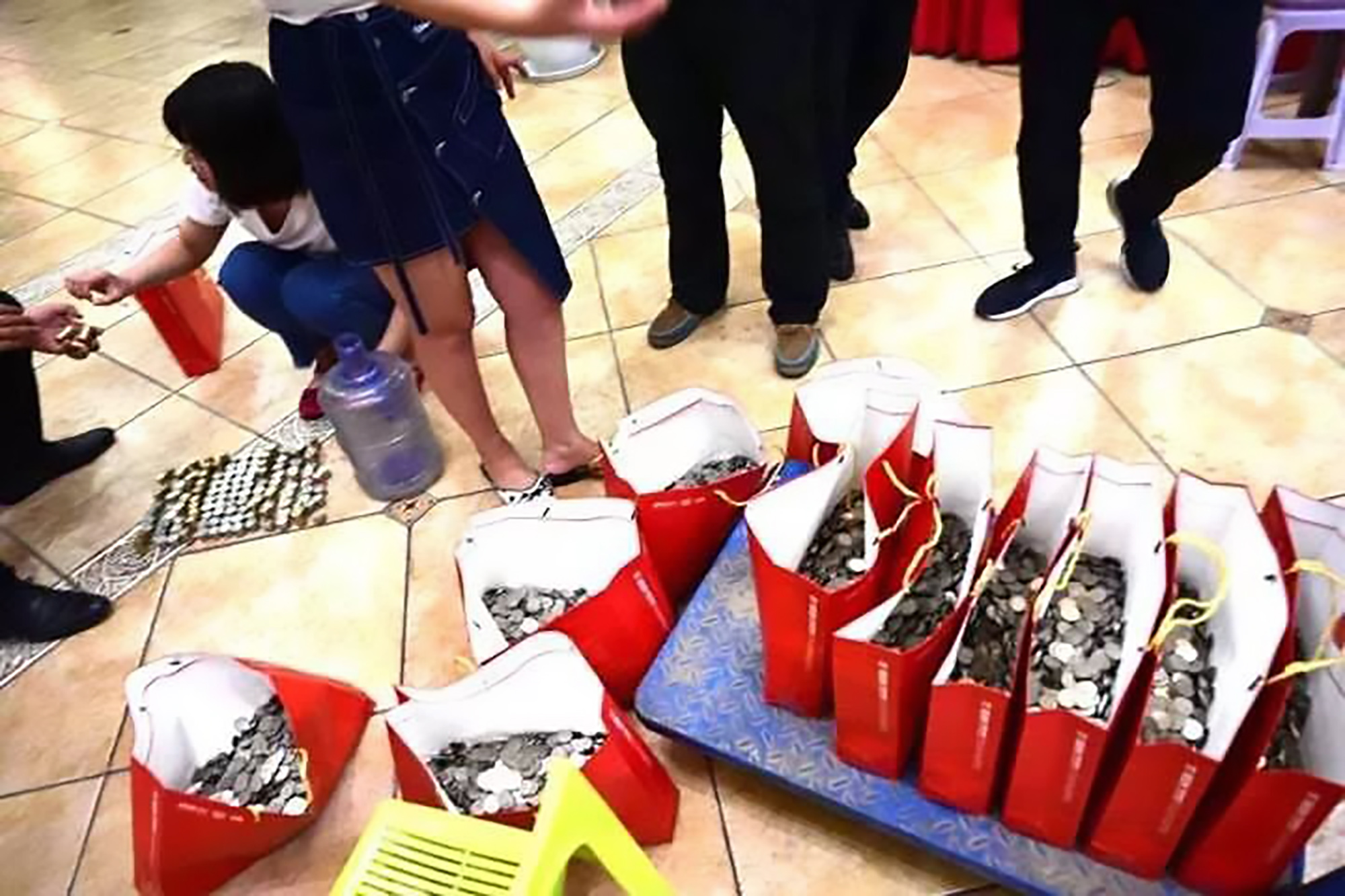 Footage shows tens of staff members surrounded by thousands of coins, some scattered around and others arranged into neat rows.

The unnamed buyer owns a local corner shop and decided to invest in a property in the Jinkecheng residential district.

He arrived at the property office with a total of 16 water bottles full with coins, the largest denomination of which was one renminbi (RMB), the official currency of China, equivalent to £0.11.

The Jinke Property Group has revealed that the new homeowner purchased a unit worth 430,000 RMB, equal to £49,357 and just under three times the value of the deposit.

The customer told local media that he expects to pay the remaining balance with other coins he has at his home.

“I sell fish, tofu, and bean sprouts. I get some coins here and some coins there. They come from the little things I sell,” he said.

“It’s small money so I just left it all at home, but after about five to eight years, I had nowhere else to put it. The bank didn’t want it, so I thought I’d get a car or a house.”

In 2017, a Swansea dad paid a £60 fine issued by the city’s council by pouring a bucketful of coppers onto the reception of the organisation’s offices.

Paddy Forbes had been slapped with the fine after taking his son out of school during term-time for a family holiday to Egypt.

Speaking at the time, Swansea City Council said that Forbes’s behaviour had been “unacceptable”, adding that it “would not be tolerated”. 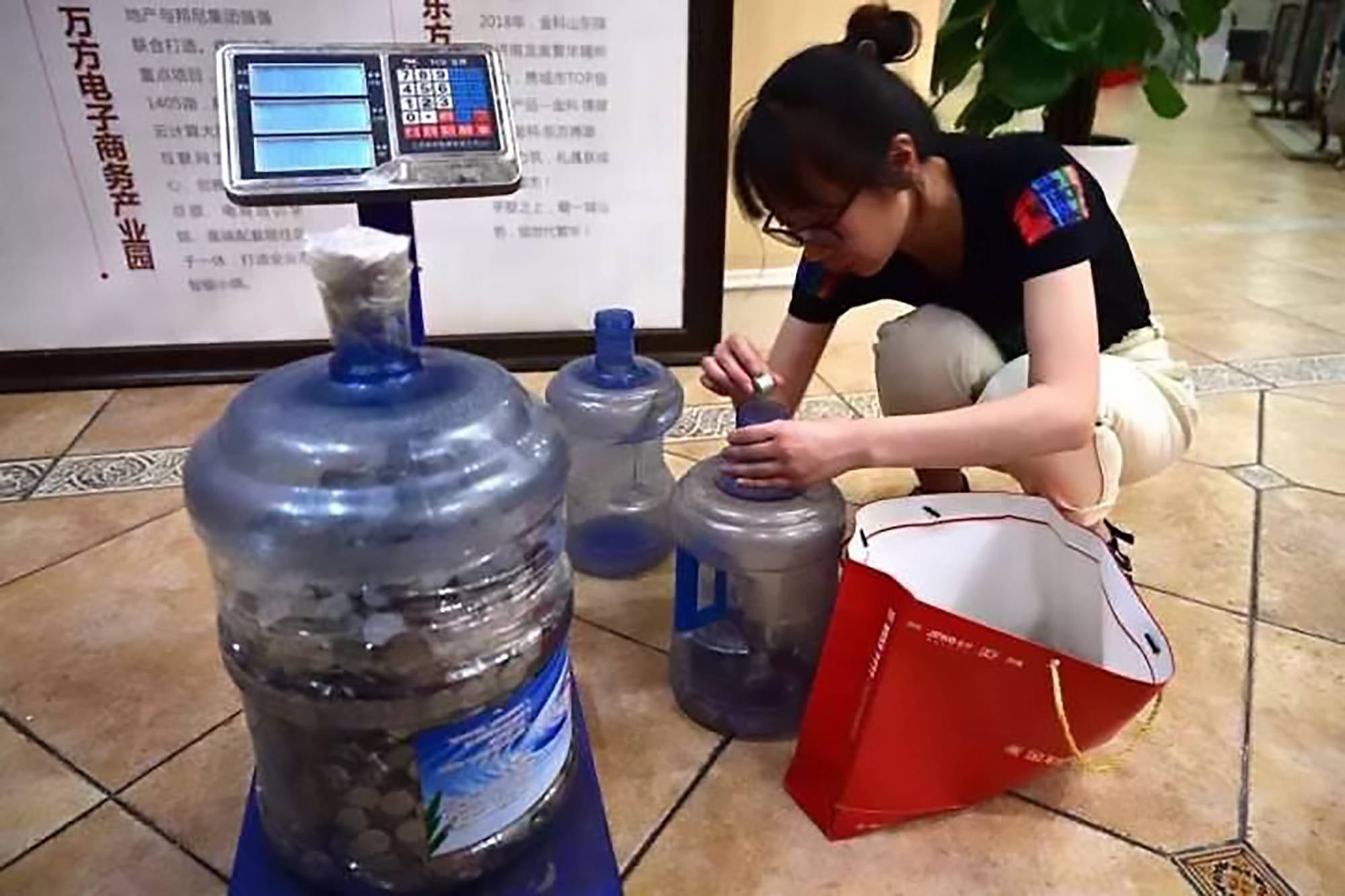 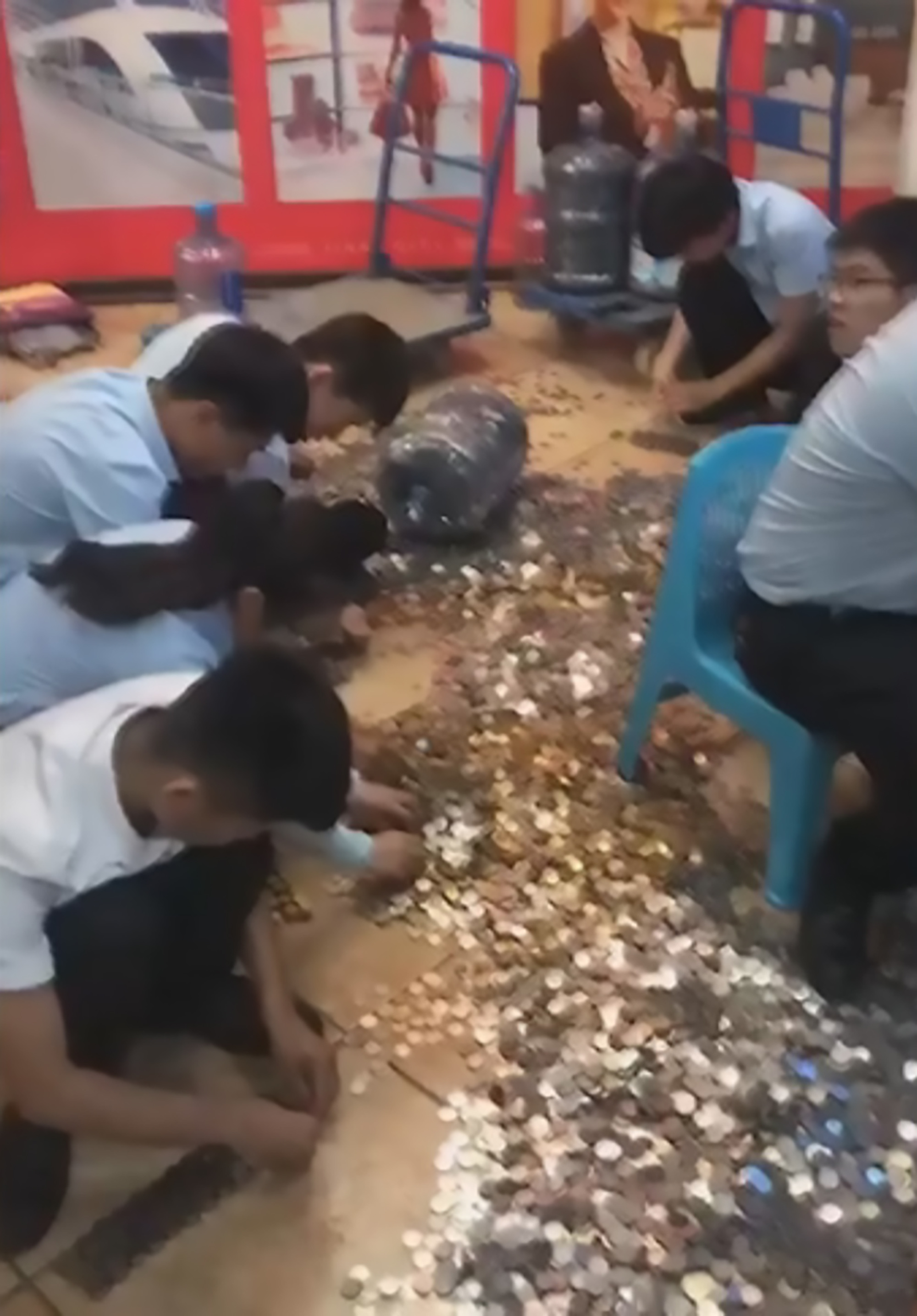