Home » World News » Chicago man accused of posing as police officer has done so before: reports

A Chicago man was arrested this week, allegedly impersonating a police officer — something he has done several times before, according to reports.

At a court hearing Friday following the suspect’s Wednesday arrest, a judge called the suspect a “danger to the community.”

Vincent Richardson, 26, allegedly dressed in a full Chicago police sergeant’s uniform at least twice last month and again Feb. 3, pretending to be an officer. One time he pulled over a vehicle in an unmarked car and searched the passengers, a Cook County assistant state’s attorney said, according to The Associated Press.

Separately, he was allegedly seen searching for the source of reported gunfire and using a flashlight to get motorists to slow down their vehicles in the area. 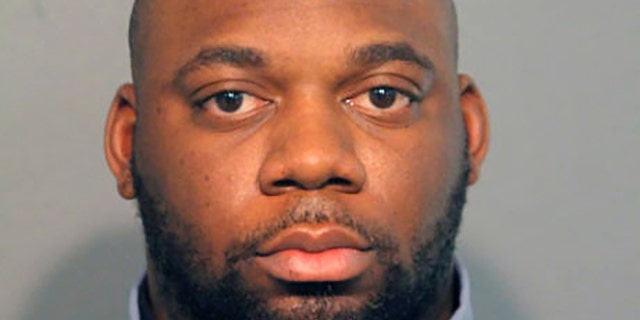 Vincent Richardson was charged with felony impersonation of a police officer. He was arrested Wednesday, following a string of recent incidents, authorities say. (Chicago Police Department via AP)

Richardson has been arrested for impersonating an officer at least twice before, the first time when he was only 14, garnering national headlines for working a full shift, driving a patrol car and helping arrest a suspect, according to WBBM-TV of Chicago and The Associated Press.

Richardson also allegedly told local security guards more recently that he has been on the police force for six years and had just been promoted to sergeant. He later allegedly claimed to have been promoted to the department’s SWAT team.

Evidence against Richardson includes videos posted on TikTok and Instagram in which he is allegedly impersonating an officer as he fired a weapon at a shooting range — which Willis said Richardson had no legal right to do because of at least three felony convictions on the same charge.