A central member of the Nepali Congress, NC, the main opposition party, Jivan Bahadur Shahi said: “I have detailed information about the encroached upon the land. We had informed the government that China has encroached on Nepal’s land and has even started to construct structures crossing our borderline at Pillar 12.” The politician claimed the Nepalese government denies that China has in fact intruded upon the sovereign territory of the country.

Mr Shahi said: “The government, however, has reiterated that Nepal’s land has not been encroached.

“We had constructed our road beyond some kilometres beyond where China has built these structures.

“I am not sure why the government says China has not intruded our territory.”

The Nepalese politician claims a boundary pillar has been constructed by China on Nepal’s land. 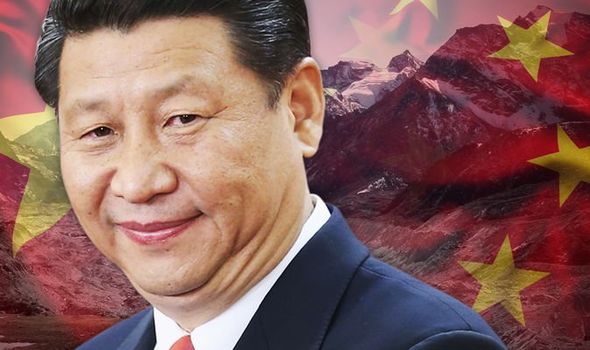 Mr Shahi added: “The basic principle of boundary pillars is that whenever a new pillar has to be set up, it should first be settled in coordination with the officials of both sides.

“However, this principle has been breached.

The Nepalese politician has accused Chinese security forces of obstructing farmers in the region from going to the areas were they rear cattle. 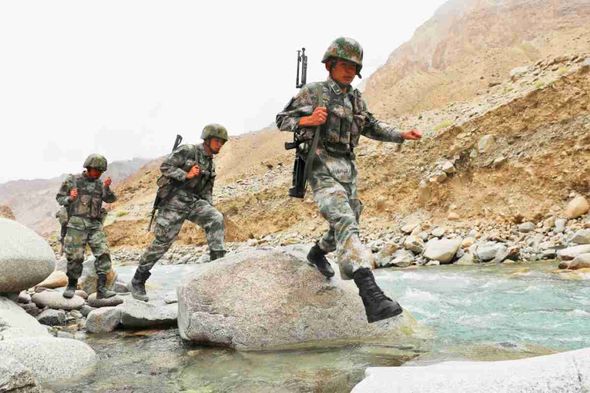 Mr Shahi has said land has been captured by the Chinese side and they have re-arranged the GPS to be able to encroach more into Nepalese territory.

He said: “Lapcha from where one can see the Manasarovar is captured by the Chinese side.

“They have arranged the GPS in such a way that it signals two kilometres inside Nepali land as theirs.”

Khabarhub news site said China has continued to invade Nepal inch by inch and constructing buildings on the captured land.

Chinese constructed buildings have been detected on Nepalese close to the mountainous border with the Tibet Autonomous Region.

In September, Nepal’s Ministry of Foreign Affairs told Khabarhub: “We could see the buildings from a distance.

“We had heard rumours about a building being constructed by China there but found eight more in our visit.”