Home » World News » China to 'fight at all costs' for 'reunification' with Taiwan: defense minister

SINGAPORE (Reuters) – China will fight anyone who tries to interfere in its “reunification” with Taiwan, Defense Minister Wei Fenghe said on Sunday in a combative speech peppered with threats against the United States over its military presence in Asia. 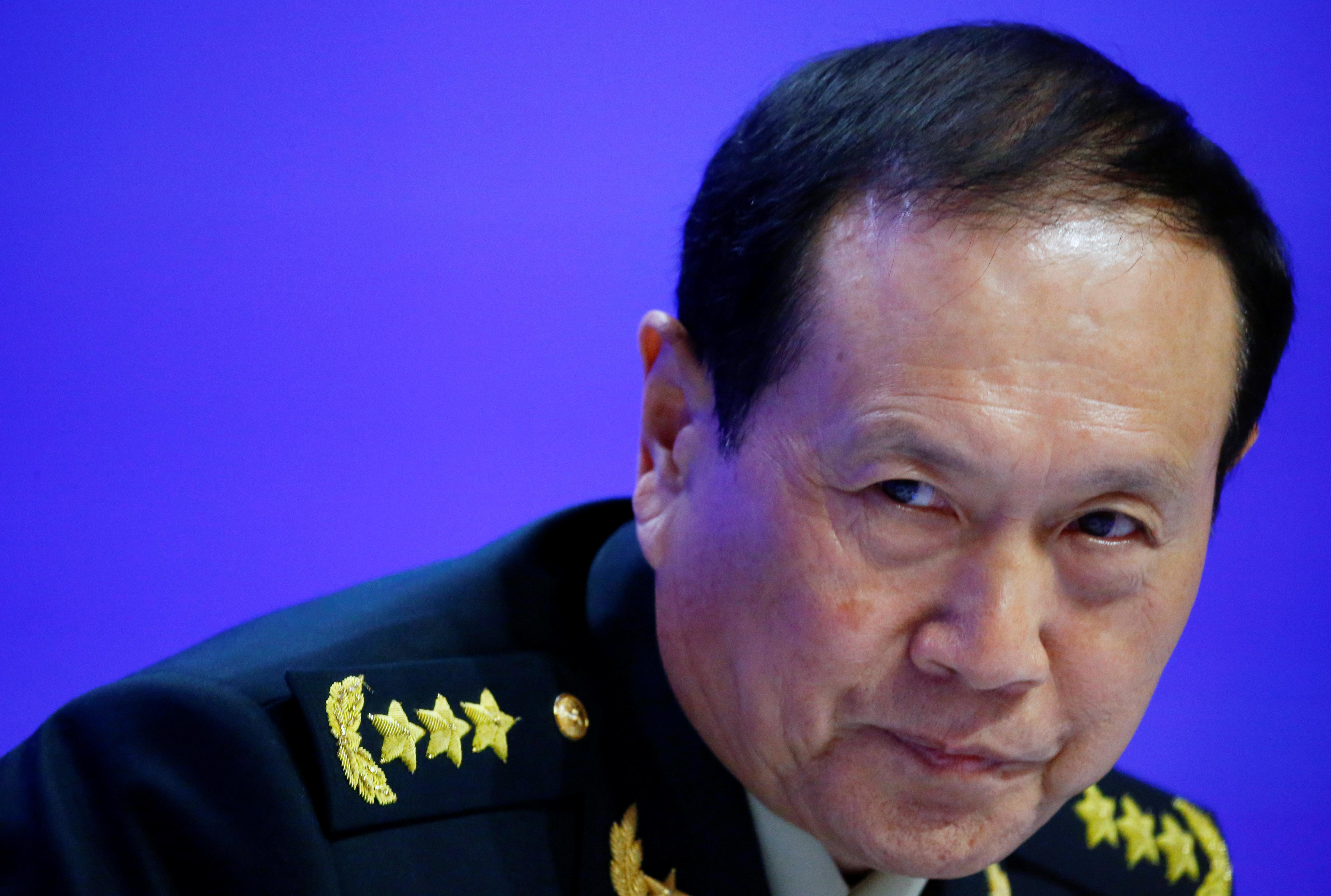 Speaking at the Shangri-La Dialogue in Singapore, Asia’s premier defense summit, Wei said China would “fight to the end” if anyone tried to split China from Taiwan, which Beijing considers a sacred territory to be taken by force if necessary.

China has been incensed by recent moves by U.S. President Donald Trump’s administration to increase support for self-ruled and democratic Taiwan, including U.S. Navy sailings through the Taiwan Strait that separates the island from mainland China.

“No attempts to split China will succeed. Any interference in the Taiwan question is doomed to failure,” said Wei, dressed in his uniform of a general in the People’s Liberation Army.

“If anyone dares to split Taiwan from China, the Chinese military has no choice but to fight at all costs … The U.S. is indivisible, and so is China. China must be, and will be, reunified.”

The United States, like most countries, has no formal ties with Taiwan, but is its strongest backer and main source of weapons.

China translates the word “tong yi” as “reunification”, but it can also be translated as “unification”, a term in English preferred by supporters of Taiwan independence who point out the Communist government has never ruled Taiwan and so it cannot be “reunified”.

On Saturday, acting U.S. Defense Secretary Patrick Shanahan told the Shangri-La meeting that the United States would no longer “tiptoe” around Chinese behavior in Asia.

Taiwan is gearing up for presidential elections in January, and Taiwan President Tsai Ing-wen has repeatedly accused Beijing of seeking to undermine Taiwan’s democracy and has vowed to defend the island and its freedoms.

Wei, the first Chinese defense minister to speak at the Shangri-La Dialogue since 2011, said its military operations in Asia were purely aimed at self-defense, but it would not hesitate to counter an attack on its interests.

“China will not attack unless we are attacked,” Wei said, cautioning that there would be dire consequences to any clash between China and the United States.

“The two sides realize that conflict, or a war between them, would bring disaster to both countries and the world.”

Wei, in a clear reference to the United States, also said: “Some countries from outside the region come to the South China Sea to flex muscles in the name of freedom of navigation.”

On the ongoing trade war, which has shaken financial markets around the world, Wei said China would “fight to the end” if the United States wanted a fight. But if Washington wanted to talk, “we will keep the door open”.