Dozens of Communist officials in China have been punished for failing to stop a Covid-19 outbreak in the city of Xi’an, which was locked down after just 250 cases.

The city’s 13 million residents were ordered on Thursday into a draconian stay-at-home lockdown, meaning all households may only send one household member outside once every two days to shop for necessities.

All others have been ordered to remain indoors except for emergencies, while non-essential businesses and public transport links out of the city have been shut down. 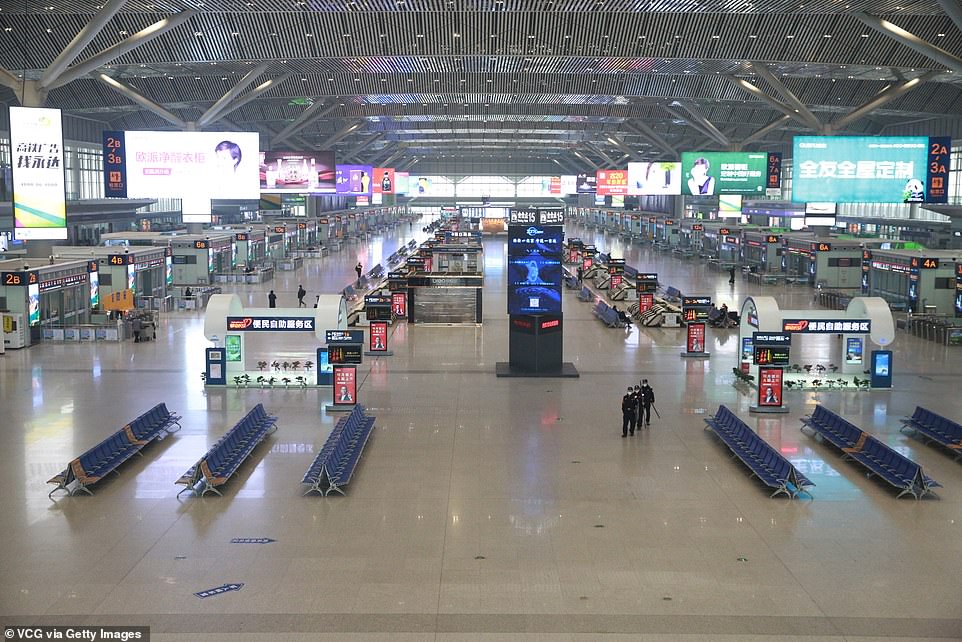 Pictured: Police officers patrol the empty Xi’an North Railway Station after a citywide lockdown was imposed to halt the spread of the Covid-19 coronavirus on December 23, 2021 in Xi an, Shaanxi Province of China 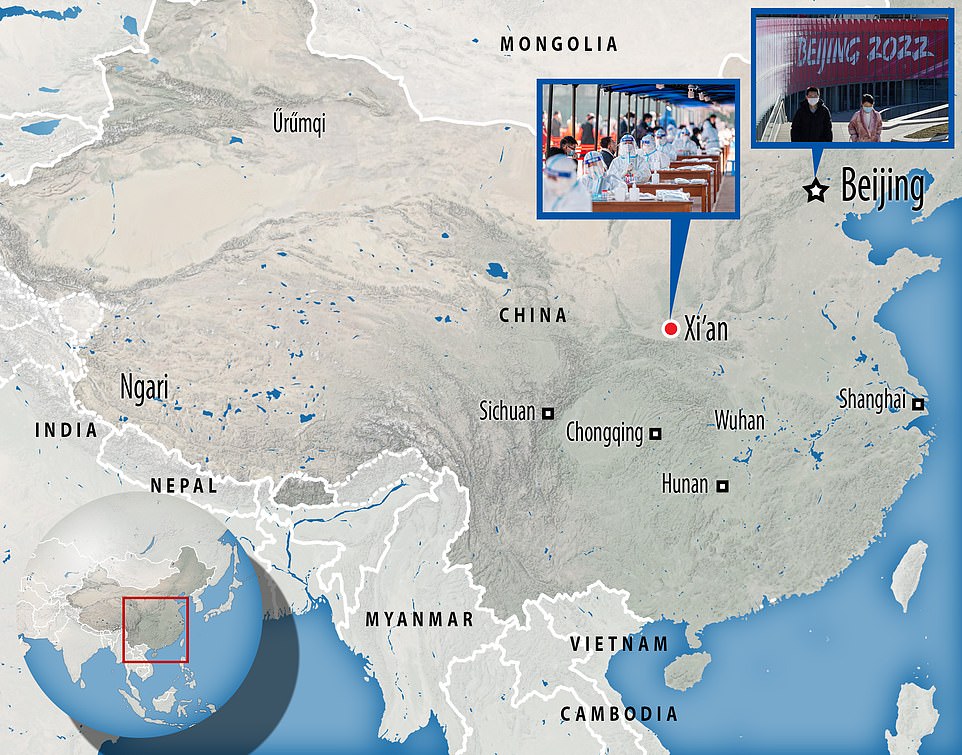 Pictured: A map showing Xi’an, a Chinese city of 13 million that has been locked down due to an outbreak of Covid-19, and its relative location to Beijing – where the 2022 Winter Olympics will be held in February – some 570 miles away

China’s disciplinary body announced the punishments of the officials on Friday, the latest state reprimands under Beijing’s strict zero-Covid approach.

China, where the Covid-19 was first detected in late 2019, is on high alert for new cases as it prepares to hold the Winter Olympics in February in the capital Beijing, and as the more infectious variant Omicron spreads rapidly around the globe.

The world’s most populous nation claims to have reduced cases to a minimum thanks to its zero-Covid strategy of tight border restrictions, lengthy quarantines and rapidly implemented, targeted lockdowns.

But cases have been bubbling up in recent weeks – with Xi’an, home to the world-famous Terracotta Warriors, telling all 13 million residents to stay home from Thursday, shuttering businesses and launching several rounds of mass testing.

Residents ‘should not leave the city unless necessary,’ the government said, adding that those seeking to leave would have to provide evidence of ‘special circumstances’ and apply for approval.

The Central Commission for Discipline Inspection said Friday that 26 Communist Party officials had been punished for ‘insufficient rigour in preventing and controlling the outbreak’.

Xi’an reported another 49 cases on Friday, bringing the total outbreak to more than 250 in recent weeks.

Chinese officials who are deemed to have failed at controlling the virus in their region are regularly sacked or reprimanded. 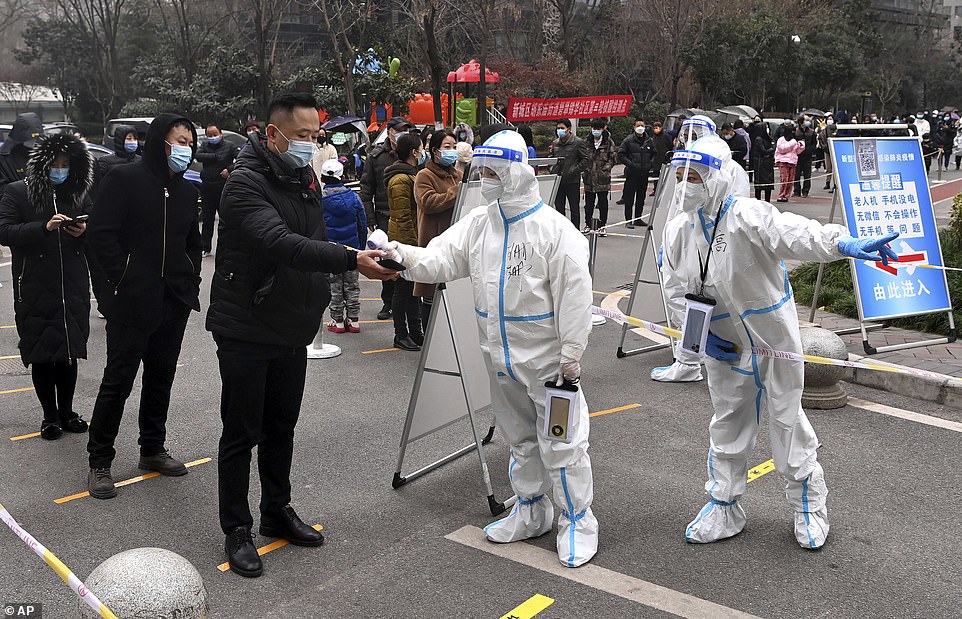 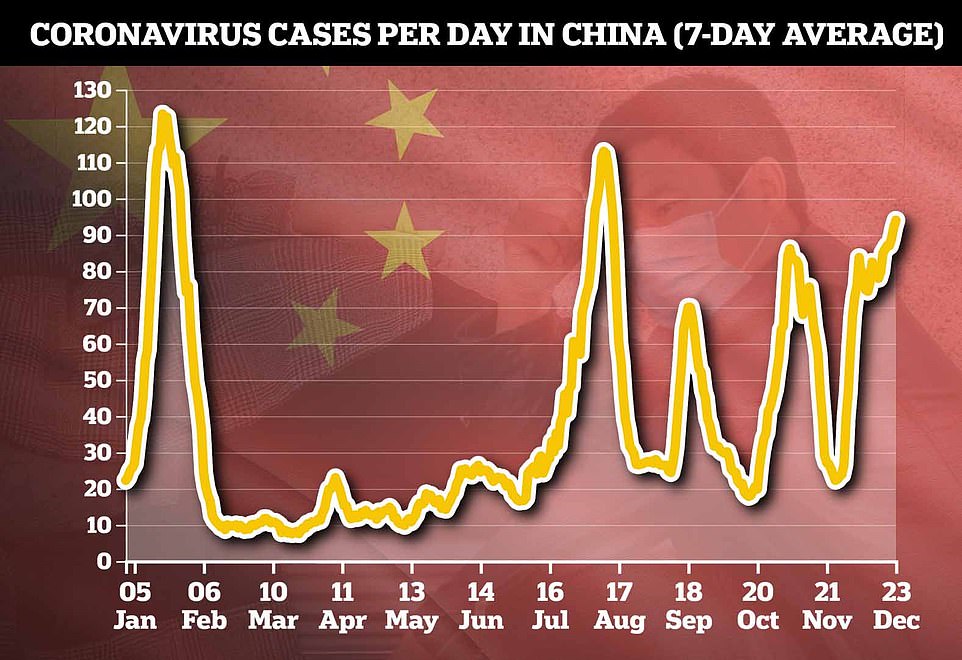 The statement said inspections had revealed there had been a lax approach to testing and an uncoordinated response that hindered contact tracing in Xi’an.

Authorities would clamp down on ‘bureaucratic issues in disease control work such as shirking responsibility, not taking action, passing the buck and dealing with things in a negative way’, a Party discipline official said.

A party secretary in Inner Mongolia was sacked after his area was hit by a cluster of cases in October, while the head of Zhengzhou city’s health commission was sacked in August after cases this summer.

Cases from Xi’an have so far spread to five other cities including Beijing, according to state media – fuelling fears about how quickly the virus can spread geographically across the vast country.

Under lockdown rules, since Thursday all households in Xi’an have only been permitted to send one member outside every two days to purchase necessities.

Residents who want to leave the city must first apply for approval, while major venues including the museum housing the Terracotta Army – the mausoleum of China’s first emperor – have been shut until further notice. 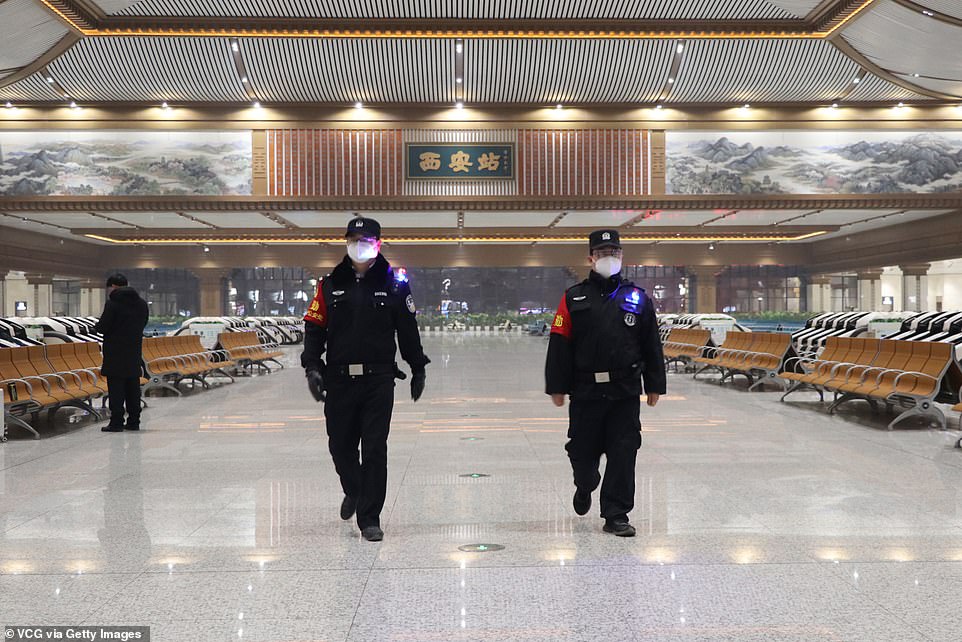 Police officers patrol the empty Xi’an Railway Station after a citywide lockdown was imposed to halt the spread of the Covid-19 coronavirus on December 23, 2021 in Xi’an

Long-distance bus stations were closed and authorities have set up disease control checkpoints on highways out of Xi’an, government notices said.

More than 85 percent of flights to and from the city’s main airport have been grounded, according to flight tracker VariFlight.

Inside the city, passenger capacity has been slashed on buses and trains, and schools closed.

All ‘non-essential’ businesses and public facilities aside from supermarkets, convenience stores and medical institutions have been ordered to close, while the local government has urged employers to allow people to work from home, CCTV reported.

Large-scale meetings including activities in outdoor parks have been suspended.

China is one of the world’s last countries holding on to the zero-Covid strategy, introducing regional lockdowns at the first sign of infections. Authorities say they have contained more than 30 outbreaks in the last two years with this method. 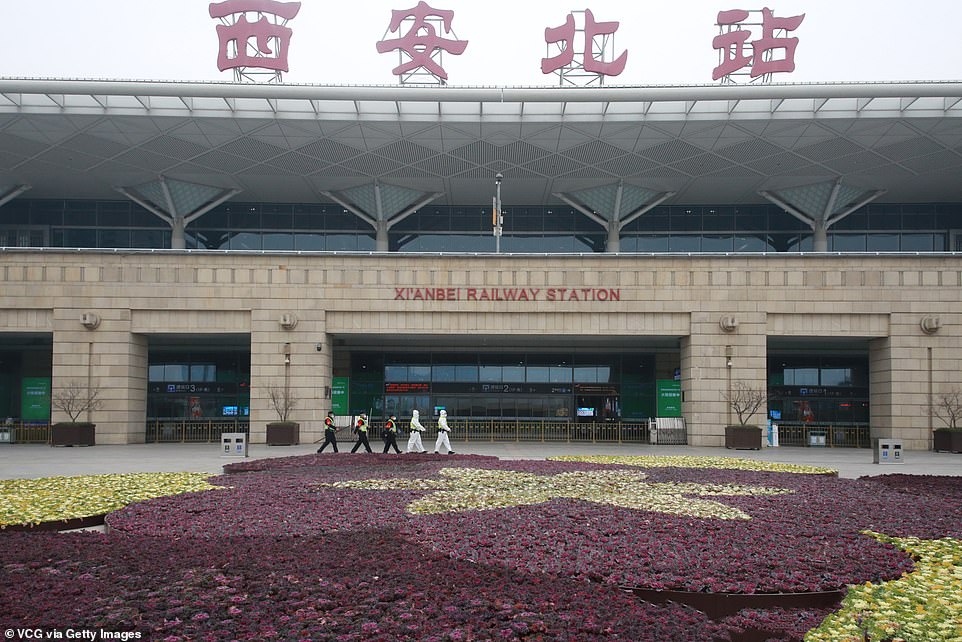 Police officers patrol the empty Xi’an North Railway Station after a citywide lockdown was imposed to halt the spread of the Covid-19 coronavirus on December 23, 2021 in Xi an, Shaanxi Province of China

However, there are fears that China is unprepared for the more infectious Omicron Covid-19 variant, which could lead to more lockdowns and more economic disruption.

Researchers from Hong Kong said in a statement that three doses of Sinovac’s CoronaVac COVID-19 vaccine do not produce adequate levels of antibodies to fight the Omicron variant of the coronavirus.

Their analysis revealed Pfizer-BioNTech vaccine was more effective, as a third dose of the shot administered after two doses of the same or China’s Sinovac vaccine provided ‘protective levels’ of antibody against Omicron.

Pfizer and its German partner BioNTech have said their three-shot course was able to neutralise the new Omicron variant in a laboratory test.

The statement did not say how many samples were used in the analysis. Sinovac did not immediately respond to a request for comment. 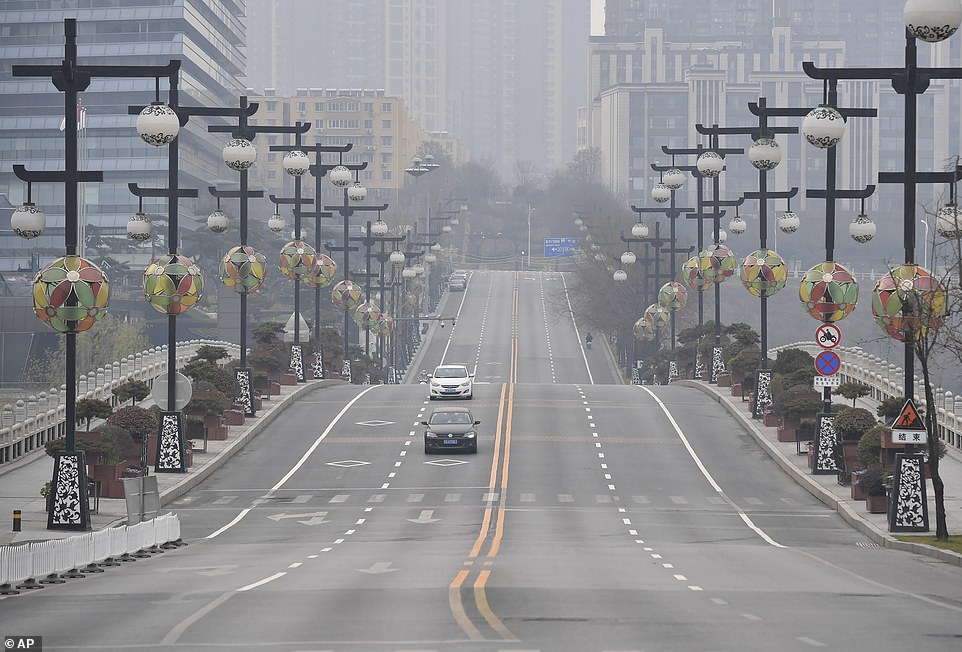 Sinovac’s CoronaVac and state-owned Sinopharm’s BBIBP-CorV vaccine are the two most-used vaccines in China and the leading COVID-19 vaccines exported by the country. Sinopharm also has a second vaccine in use in China.

Hong Kong has been using the Sinovac and Pfizer-BioNTech shots. But people aged 12-17 are eligible only for the BioNTech vaccine.

Xi’an is not the only city to be forced into lockdown this week. The southern city of Dongxing on Tuesday ordered its 200,000 residents to isolate at home after an infection was detected.

The country has stepped up its already-strict zero-tolerance Covid policy as it braces for the arrival of thousands of international athletes at the Olympics just over a month away, with the capital Beijing demanding negative Covid tests from visitors and limiting flights from other cities.

Covid-19 is not the only scourge to hit Xi’an in recent weeks, with the city also logging several cases of potentially deadly haemorrhagic fever since the beginning of winter.

Local authorities have urged calm about the rodent-borne disease, saying it is common across northern China and easily preventable through vaccination.