Tragedy as motorcyclist, 26, dies after crashing during a British Superbike Championship race

Motorcyclist Chrissy Rouse has died after having crashed during the Bennetts British Superbike Championship race.

Mr Rouse, 26, crashed on the opening lap of Sunday’s race and was ‘unavoidably struck’ by another rider. He sustained a significant head injury.

The motorcyclist was placed in a medically induced coma before undergoing an emergency neurosurgical procedure.

The Newcastle upon Tyne native passed away peacefully, surrounded by his family, on Thursday afternoon, MotorSport Vision Racing (MSVR) has confirmed.

MSVR is working with police, the coroner and the Motorcycle Circuit Racing Control Board as they investigate the tragic accident. 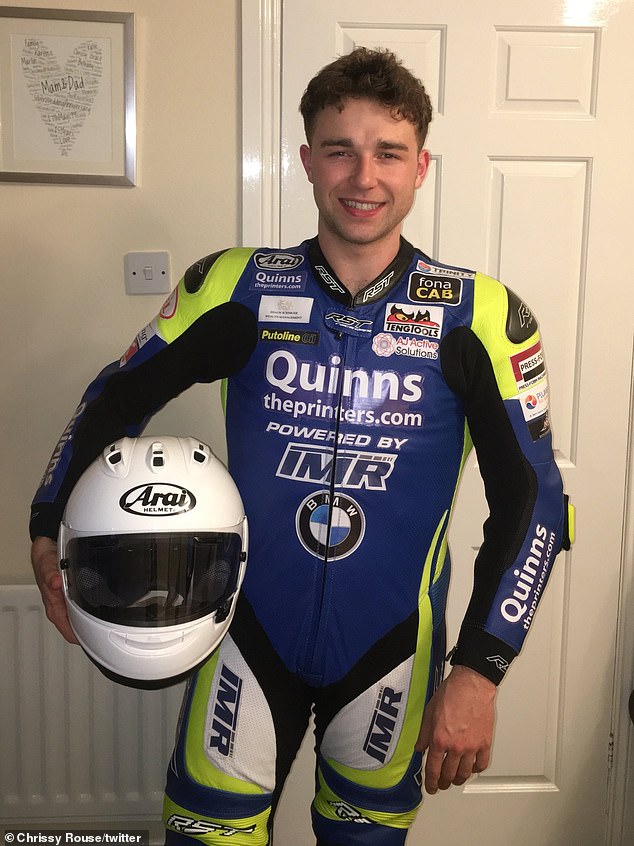 Motorcyclist Chrissy Rouse, 26, (pictured) has died after having crashed during the Bennetts British Superbike Championship race on Sunday. He sustained a significant head injury 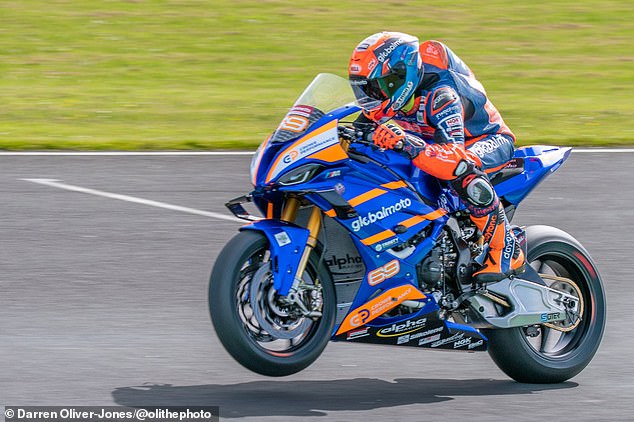 The motorcyclist was taken to hospital and placed in a medically induced coma before undergoing an emergency neurosurgical procedure. He passed away peacefully, surrounded by his family, on Thursday afternoon

The race was immediately stopped after his accident and he was treated trackside by the BSB Medical Team.

The 26-year-old competitor was then taken to the circuit medical centre where he was placed in a coma before being transported to Queens Medical Centre/University Hospital in Nottingham.

Mr Rouse underwent an emergency neurosurgical procedure shortly after admission and his since succumbed to his injuries.

His family has issued their ‘deep appreciation for the support and well wishes that they have received in recent days’ and has asked for privacy while they attempt to deal with their ‘devastating loss.’

‘They wish to thank all the attending marshals and medical services who provided such skill and care attending to Chrissy,’ MSVR said of the family.

‘MSVR is now working with the Coroner, Police and the Motorcycle Circuit Racing Control Board in order to investigate the full circumstances of this tragic accident.

‘Our deepest condolences are extended to Chrissy’s family, friends and team members.’