THIS is the heart-stopping moment a tightrope walker balancing his MUM on his head fell into a circus ring.

Acrobat Makhmud Suanbekov, 33, plunged 24ft during his high wire act in front of a packed audience during the festive period in the Siberian city of Tyumen. 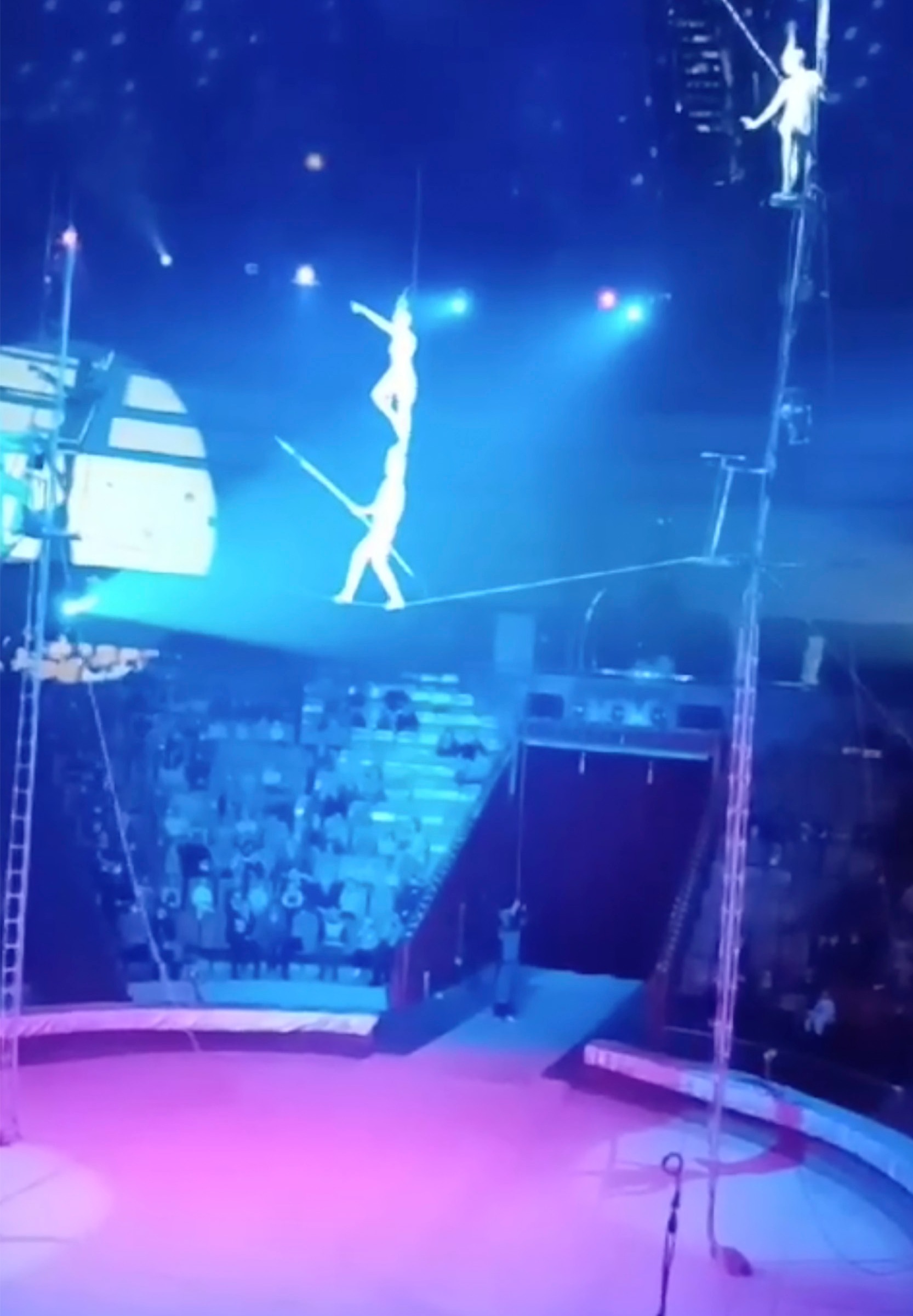 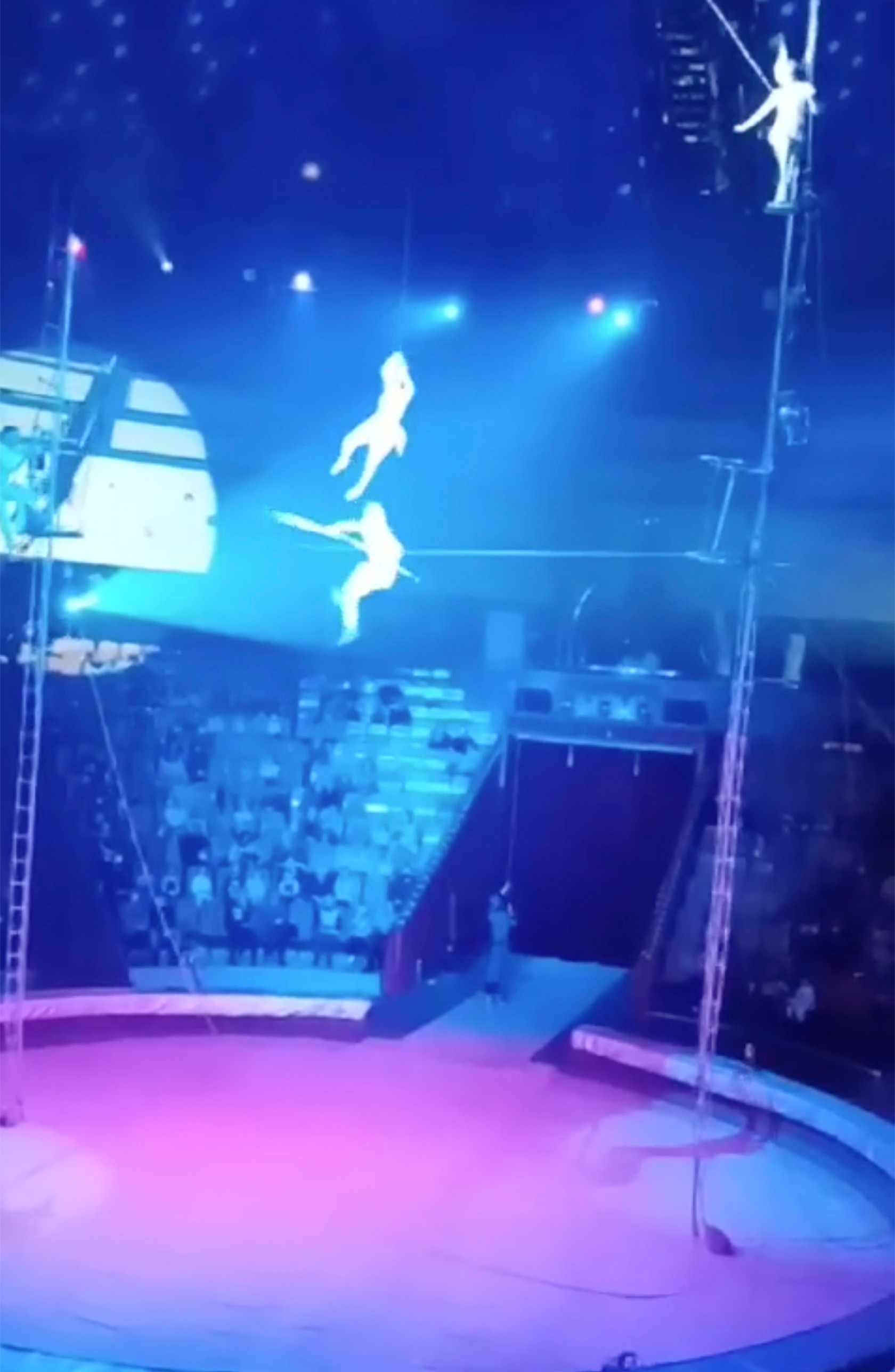 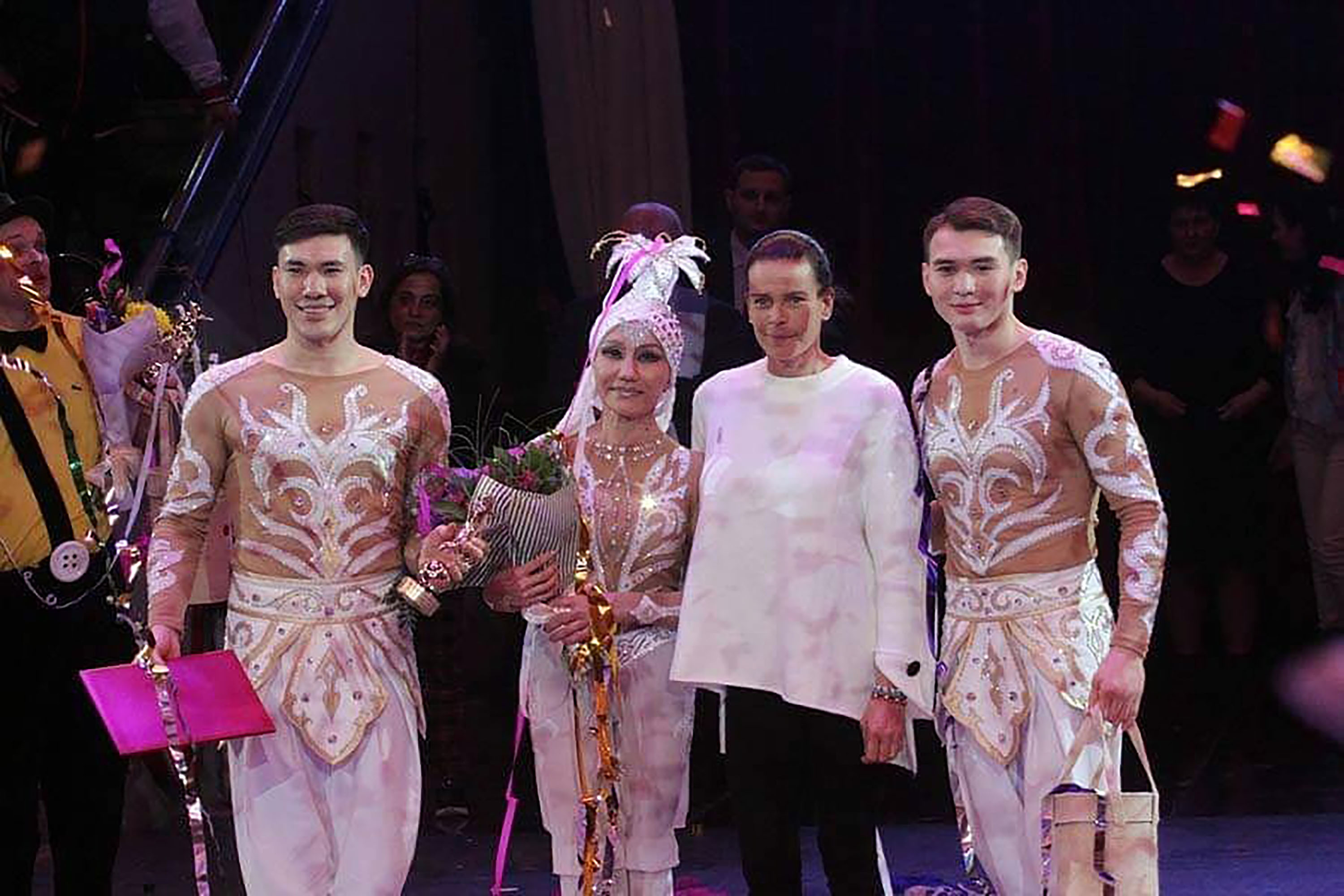 The daredevil had balanced his mother Sairakan Suanbekov, 56, on his head for the risky performance.

But he horrifyingly slipped and crashed to the floor, much to the horror of spectators who can be heard screaming in shock.

Suanbekov miraculously managed to pull himself up as others rushed to his aid, while his terrified mother looked on in horror.

According to the city circus in Tyumen, his mother – an experienced trapeze performer – was saved by a safety rope which took her weight as her son crashed to the floor during the 'Star Cruise' act.

Suanbekov, who refuses to work with a safety harness, was able to grab onto the high wire as he plunged, slightly breaking his fall.

The tightrope walker was given first aid before being rushed to hospital.

Christmas dinners ruined by 'rancid' gone off turkeys from supermarkets

Unbelievably, the circus said that the 33-year-old did not break any bones during his terrifying fall.

According to reports Suanbekov was "walking with a limp" after his ordeal.

A statement said:  "After the fall, tightrope performer Makhmud Suanbekov was able to walk, although he was limping.

“After providing first aid, he was taken to hospital, where it turned out that there were no fractures."

And the fearless performer has even vowed to be back in time for his gig on New Year's Eve.

His brother Nursultan, who is also a trapeze artist, was seriously injured in a fall earlier in his career.

His recovery took almost a year.

It is not the first time terror has struck during a circus performance in Russia.

In October this year, a "jealous" brown bear attacked a pregnant circus performer in front of screaming children.

The woman was floored by the animal during the act involving two bears and two trainers in the ring.

She was freed by two fellow performers who grappled with the bear to release her from its grip.

Remarkably, the woman – who was rushed to hospital in an ambulance – only suffered "two scratches and a slight bruise".

A lioness mauled a trainer in a circus show in Moshkovo in the Russian region of Novosbirsk, leaving him with arm and leg injuries as the crowd helplessly watched on.

The animal sank her teeth into Maxim Orlov after brawling with another lioness in the ring.

The lion tamer and other circus staff eventually fend off the big cat with poles, with Mr Orlov then taken to hospital. 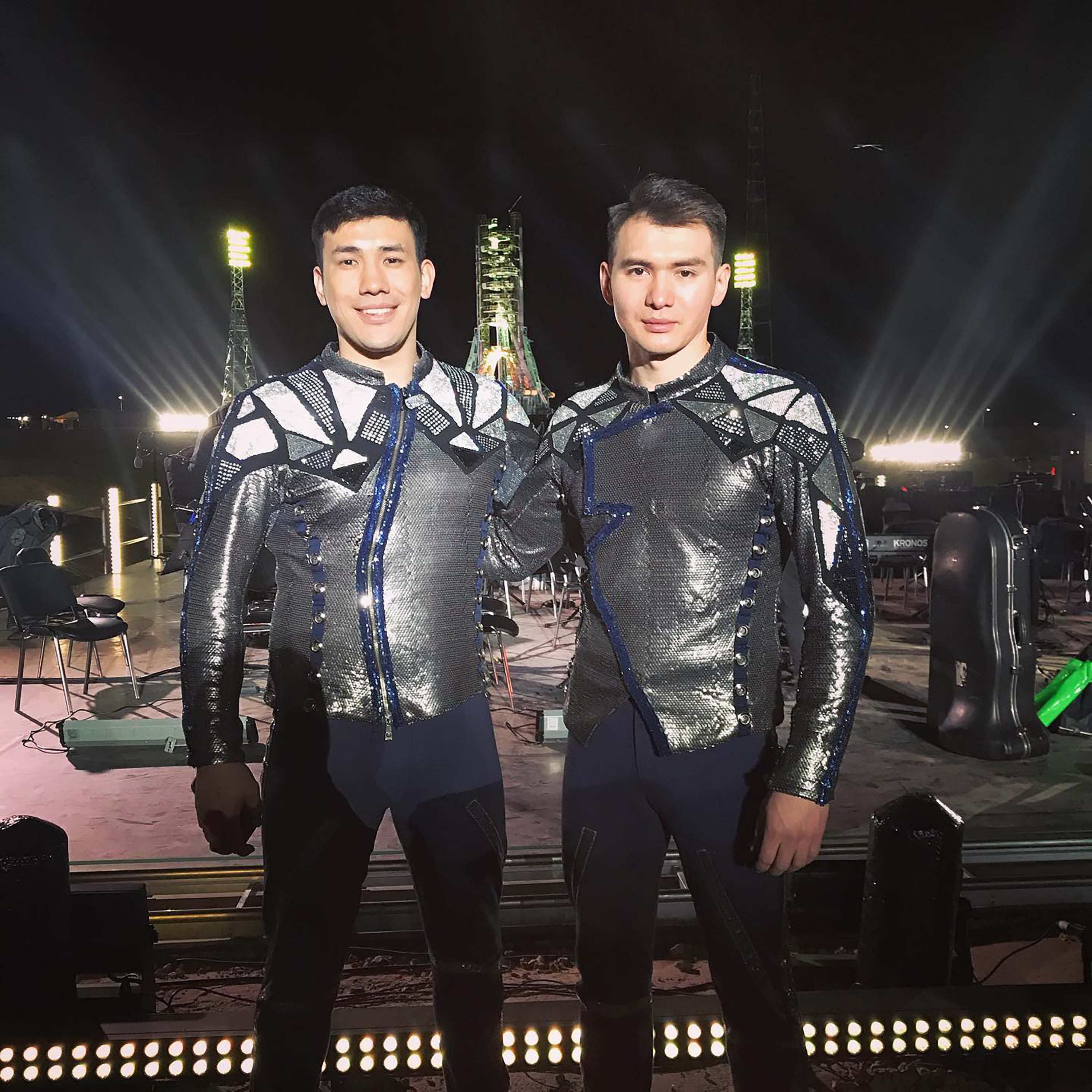