KHARTOUM (Reuters) – A campaign of civil disobedience to demand civilian rule left the streets of Sudan’s capital Khartoum largely deserted as the working week began on Sunday, while a 20-year-old man was shot dead in Omdurman, witnesses and opposition medics said. 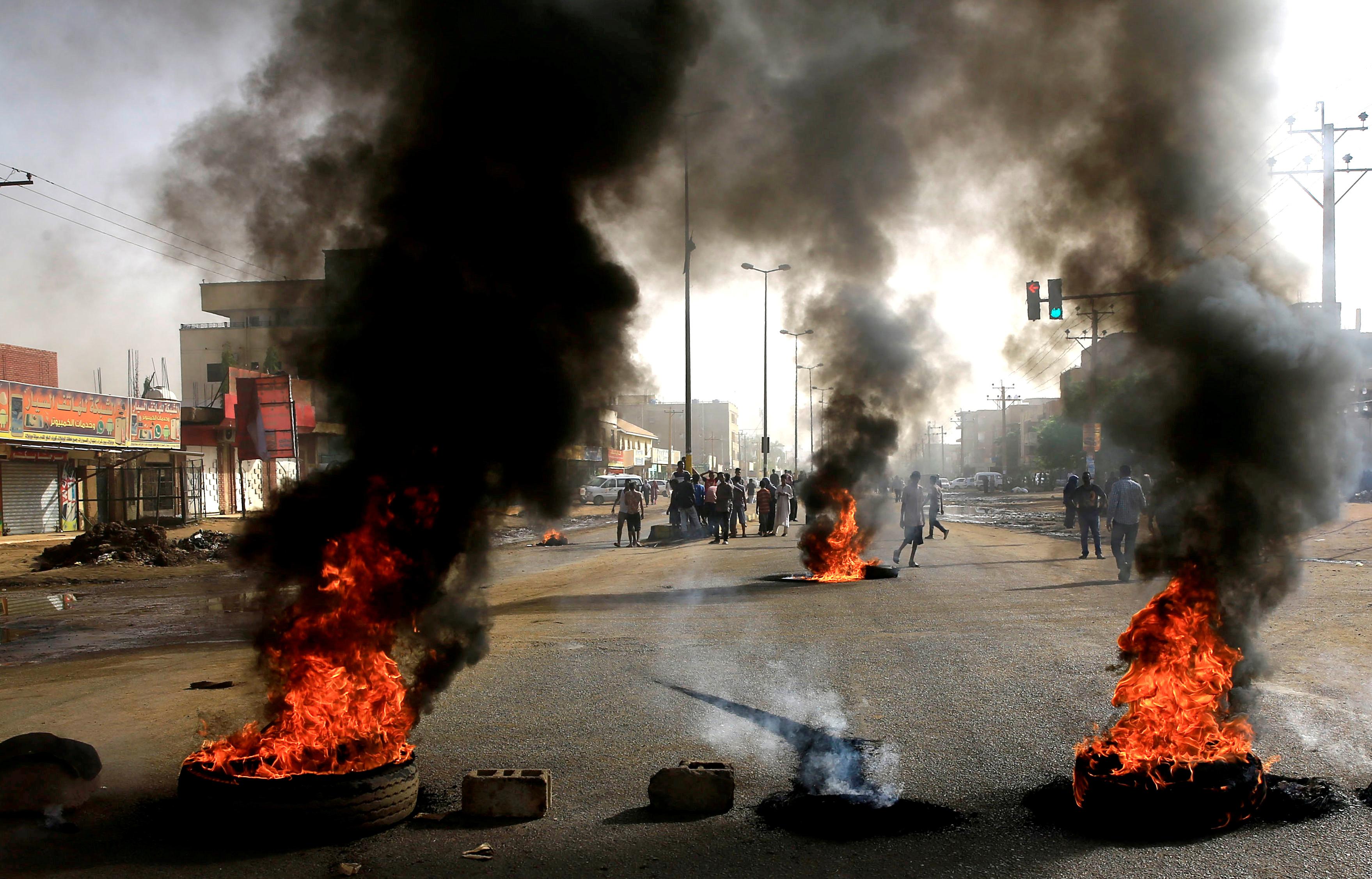 Opposition and protest groups had called for workers to stay at home after security forces stormed a protest camp on Monday, killing dozens and dealing a blow to hopes of a peaceful transition after ex-president Omar al-Bashir’s removal in April.

The raid came after weeks of wrangling between the military council that took over from Bashir and the Declaration of Freedom and Change Forces (DFCF), an opposition alliance, over who should steer a transition leading to elections.

The capital was tense on Sunday, with protesters taking to the streets in several neighborhoods amid heavy security. Security forces fired shots into the air and used tear gas to disperse protesters in Khartoum North, on the other side of the Blue Nile river, witnesses said.

Few pedestrians or vehicles could be seen in the capital’s streets, according to witnesses. Public transport was barely functioning and most commercial banks, private companies and markets were shut.

Some state banks and public utility offices were working normally.

“We will not go back to work until the (Sudanese Professionals) Association announces the end of the strike,” said Ahmad al-Noor, a 46-year-old employee at a private foodstuffs company. The SPA, which spearheaded the anti-Bashir protests, is part of the DFCF.

“Sudan must be governed by a civilian government,” Noor said.

At Khartoum airport, where few flights were operating, travelers crowded the departure hall. Most travel agencies were closed because of an internet outage, and ticket prices soared.

In Omdurman, across the Nile from Khartoum, 20-year-old Ayman Osama died on Sunday after being shot in the chest at a road barricade, the Central Committee of Sudanese Doctors said on social media, accusing a paramilitary force of killing him. The Rapid Support Forces (RSF) had no immediate comment.

In Khartoum North, police fired tear gas to disperse protesters. There were no reports of casualties.

Demonstrators have been trying to barricade roads in the capital over recent days as a way of sustaining protests.

Also on Sunday, a well-known Sudanese banking expert said he had turned down an offer from the TMC to become deputy governor of the central bank.

Mohamed Ahmed Bushra rejected the job “because the current conditions the country is going through and the failure to form a transitional civilian government make it difficult for the central bank to arrange policies to address the economic crisis,” he told Reuters.

Sudanese state TV meanwhile reported that a senior commander of the RSF, Mohamed Abdallah, had been replaced.

Witnesses said the RSF, whose leader General Mohamed Hamdan Dagalo is deputy head of the Transitional Military Council, led last Monday’s raid. Its troops have been heavily deployed on the streets of Khartoum, some with machine guns mounted on their pickup trucks.

The RSF grew out of the Arab Janjaweed militias accused of committing atrocities in Darfur during a civil war that began in 2003. Bashir’s government denied allegations that the militias had burned villages and raped and executed civilians in Darfur.

Opposition medics put the death toll at 118 in the storming of the camp outside Khartoum’s Defence Ministry and subsequent security crackdown. The government has put last week’s death toll at 61, including three members of the security services.