TV chef Jamie Oliver has been granted permission to build a double garage to house his classic cars in the grounds of his Elizabethan country pad in Essex.

The celebrity cook plans to demolish the existing timber garage at his Grade 1 listed £6 million mansion, Spains Hall, and replace it with the new brick design, which would have space for two vehicles.

Jamie is known for his love of classic cars and owns a Ford Capri, 1950s Land Rover Defender and a Discovery, whilst wife Jools has a classic 1967 Mustang.

Braintree District Council has now given Jamie the go-ahead to knock down the current triple bay garage, which is built against a flint and brick wall which separates the front garden of the farmhouse from the main mansion.

The new garage will be built into the wall and constructed from reclaimed red bricks, with oak doors and a double-pitched roof.

Jamie Oliver’s agent, Stephanie Gray of First Plan, stated in the application: ‘The existing garage is in a very poor state of repair and is not fit for purpose, detracting from the overall setting of Spains Hall. 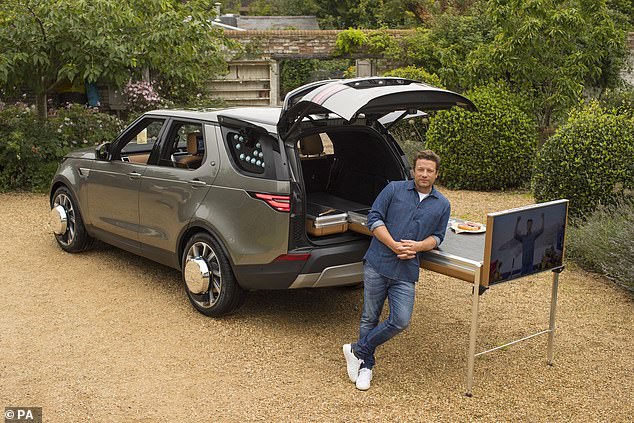 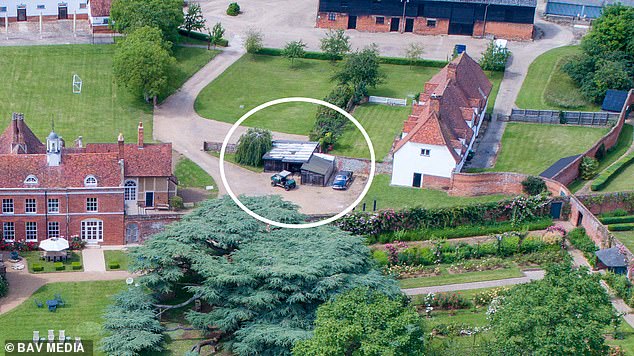 The application added: ‘The materials used for the construction of the building draw from the palate of materials that exists in this area.

‘The removal of the existing deteriorating timber garage and the replacement of a sympathetically designed brick garage will ensure the ancillary building is fit for purpose, supporting the use of Spains Hall.’

He is a self-proclaimed Land Rover fan and in 2017 he teamed up with the manufacturer to turn a seven-seater Discovery sports vehicle into a kitchen, which featured in his Food Tube channel series. 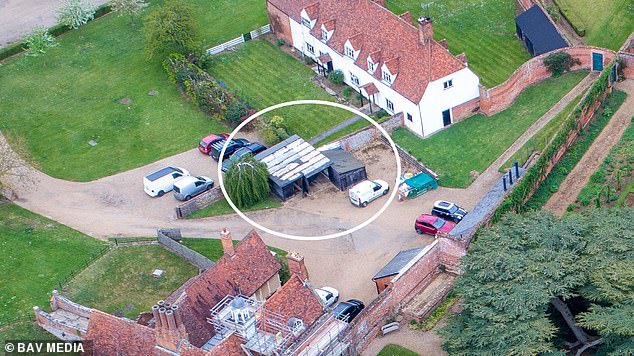 His first car was a Ford Fiesta 950 that he bought after working at his parents’ pub, the Cricketers, in Clavering, Essex.

In the past he has also owned a Maserati, Porsche Cayenne and a Volkswagen camper van.

He bought wife Jools a 1967 Mustang for her birthday and later had it painted glossy black and put flames on the side as a Christmas present.

The TV chef bought the mansion on the 70-acre estate at the start of 2019 and had building work done on the house before he moved in, including the restoration of many original features.

The house had only been used by three families and hadn’t been sold for 250 years when Jamie bought it.

Original features include a well on the ground floor, a priest hole on the first floor and a two-storey red-brick Tudor gazebo in the gardens, which is named The Prayer house.