The Victorian curriculum would be rewritten with a greater emphasis on maths, science and literacy, and schools would have more flexibility to specialise in subjects under a Coalition plan to improve students’ declining performance.

With less than 12 weeks until the Victorian election, the opposition will on Monday unveil its plan to review the state’s curriculum for prep to year 10 students, which it says is cluttered and needs redesigning as pupils try to catch up after two years of remote learning during COVID-19 lockdowns. 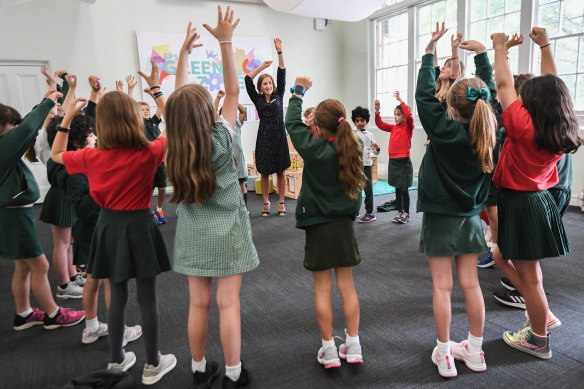 The Coalition has promised to “streamline the curriculum” with a stronger focus on maths, science and literacy skills.Credit:Joe Armao

The most recent international Program for International Student Assessment test, from 2018, showed reading, science and maths results for Australian students were all in a long-term decline.

While the new curriculum would prioritise reading, maths and science, the Coalition said it would also ensure students receive consistent access to the arts, languages and physical education. 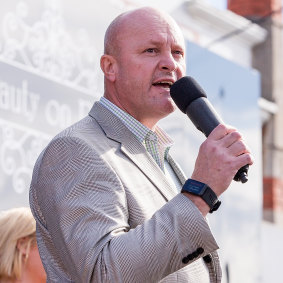 Victoria has its own curriculum, used by all government and Catholic schools. It is underpinned by the Australian curriculum, which is used more fully by most of the state’s independent schools. After a long deadlock over proposed content, education ministers signed off on a new Australian curriculum in April in an attempt to declutter the national document, which had not been reviewed since 2014. Victoria is expected to begin adapting to that from next year.

He said the Coalition would allocate $200 million to develop a new one and establish an expert panel that would advise on ways to simplify and streamline it to make it easier to teach within the four school terms.

“We want to reduce the stress on teachers and provide them with a streamlined and simplified curriculum that is realistic and delivers better outcomes for students,” he said.

“The Victorian curriculum is chock-a-block. Whether I speak to parents, teachers or academics, they always raise the clogged curriculum as an issue.”

One teacher, a primary school principal in Melbourne’s south-east, said schools had become the “cure-all for society’s ills” and were being forced to teach “non-core curriculum areas instead of the basics”.

“Rather than teach history, you might find yourself trying to incorporate an ethical component, which is fine in VCE, but that’s impractical for primary school,” he told The Age on the condition of anonymity so he could speak freely.

The principal, who has been in the role for more than a decade, said teachers at his school, which has between 400 and 500 students, were spending two to three hours a week teaching “other areas” not considered “the basics” of a curriculum.

“We can’t be the parents, nurses and legal guides for the kids. There is a bit of parental responsibility required but there is just an expectation that schools will do it.”

When asked to pick areas of the curriculum that should be dumped, Hodgett listed “stranger danger” and “cyber safety” as two social issues that could be removed to give teachers more time to focus on literacy and numeracy.

“It’s not that these lessons aren’t important, it’s all good stuff. But teachers are telling us that it’s not giving them the chance to do what they do best,” Hodgett said. 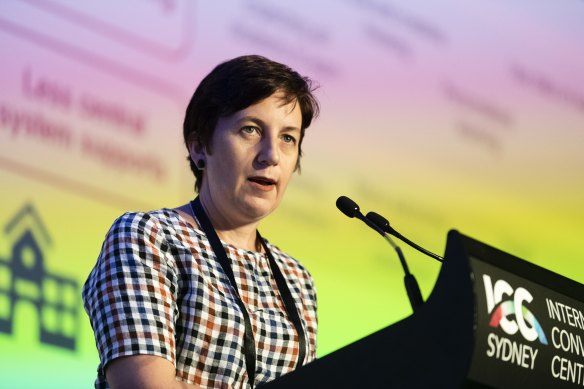 Grattan Institute education program director Dr Jordana Hunter warned against stripping back the curriculum too far, but acknowledged it had to be “achievable” for teachers.

“Particularly for disadvantaged students, it’s critical the curriculum is achievable but also covers a broad foundation of knowledge so that students have the tools they need to engage with a complex world,” she said. “Teachers have a limited time with students, and they have to make sure every minute counts.”

As part of the curriculum overhaul, the Coalition says it wants to give schools the flexibility to teach students’ areas of interest. It has also promised to develop common lesson plans and teacher resources to save teachers time.

Hunter said providing teachers with “high-quality curriculum material” was one of the “most effective things governments could do to support teachers”.

She pointed to a Grattan Institute survey of more than 5000 teachers that found a large majority – 88 per cent – said expanded access to high-quality, comprehensive materials and teaching guides would save them about three hours a week on average.

“Not only would it save them time, it could help make sure teachers could deliver high-quality lessons every day,” Hunter said.

When compared with other Organisation for Economic Co-operation and Development countries, Hunter said, Australian teachers had fewer materials available and were often expected to develop curriculum materials from scratch.

“This is a real area where we think governments could shift the dial.”

She said that while Victorian students performed “quite well” compared with other Australian pupils, there was room for improvement.