Controversial congresswoman Marjorie Taylor Greene has refused to apologise to the school shooting survivor she called “an idiot, trained by a dog”.

The far-right Georgia congresswoman who amplified QAnon conspiracy theories which focus on the debunked belief that top Democrats were involved in child sex trafficking, was captured on film running after David Hogg, one of the survivors of the Parkland school shooting in Florida.

Back in February 2018, a 19-year-old gunman walked into Marjory Stoneman Douglas High School and opened fire, killing 17 students and staff. 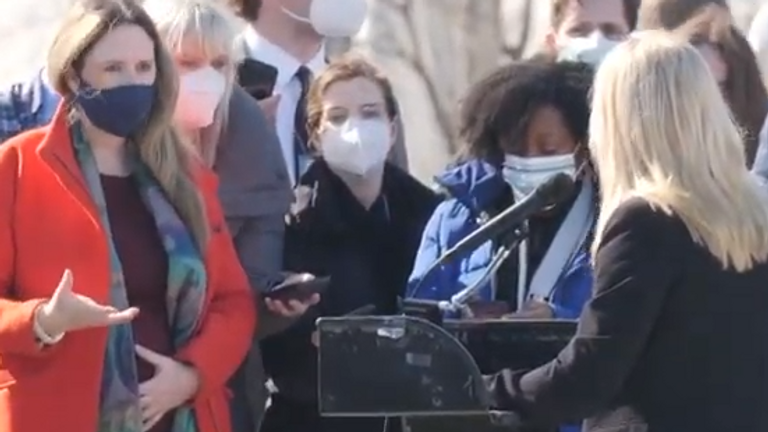 After the ordeal, a video emerged online of Ms Greene harassing him in the street. In the now-deleted footage she is seen telling him he is “trained – like a dog” and is “an idiot”.

And standing outside the US Capitol building in Washington on Friday, in the aftermath of the Democrat-led House’s decision to strip her of her committee memberships, Sky News’ Cordelia Lynch asked Ms Greene if she wanted to apologise to David. 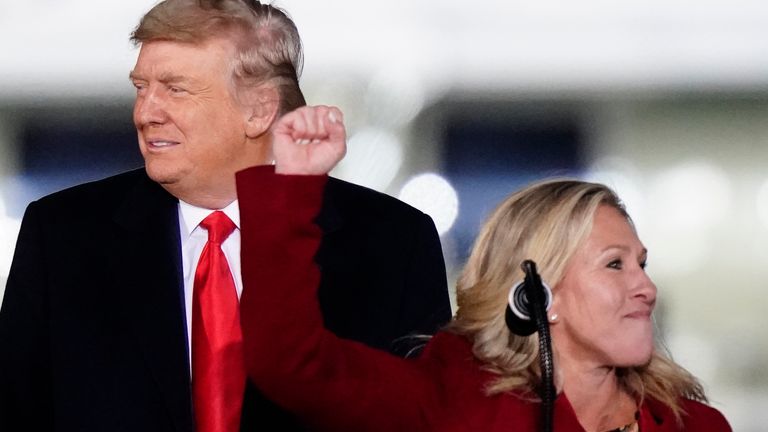 She said: ‘David Hogg was working with an organisation that was going around working hard for strict gun control laws.

‘I’m very opposed to those policies and ….my voice matters too.

“So no, I’m not sorry for telling him he shouldn’t push for gun control.”

Then, she was thrown off two congressional committees.

Nearly all of Ms Greene’s fellow Republicans voted against the move but none of the 199 representatives defended her controversial social media posts.