COPS have released pictures of ten men wanted by police in connection with the chaos caused at Wembley Stadium during the Euros final.

The Met Police issued an appeal for help identifying "those who we think have questions to answer". 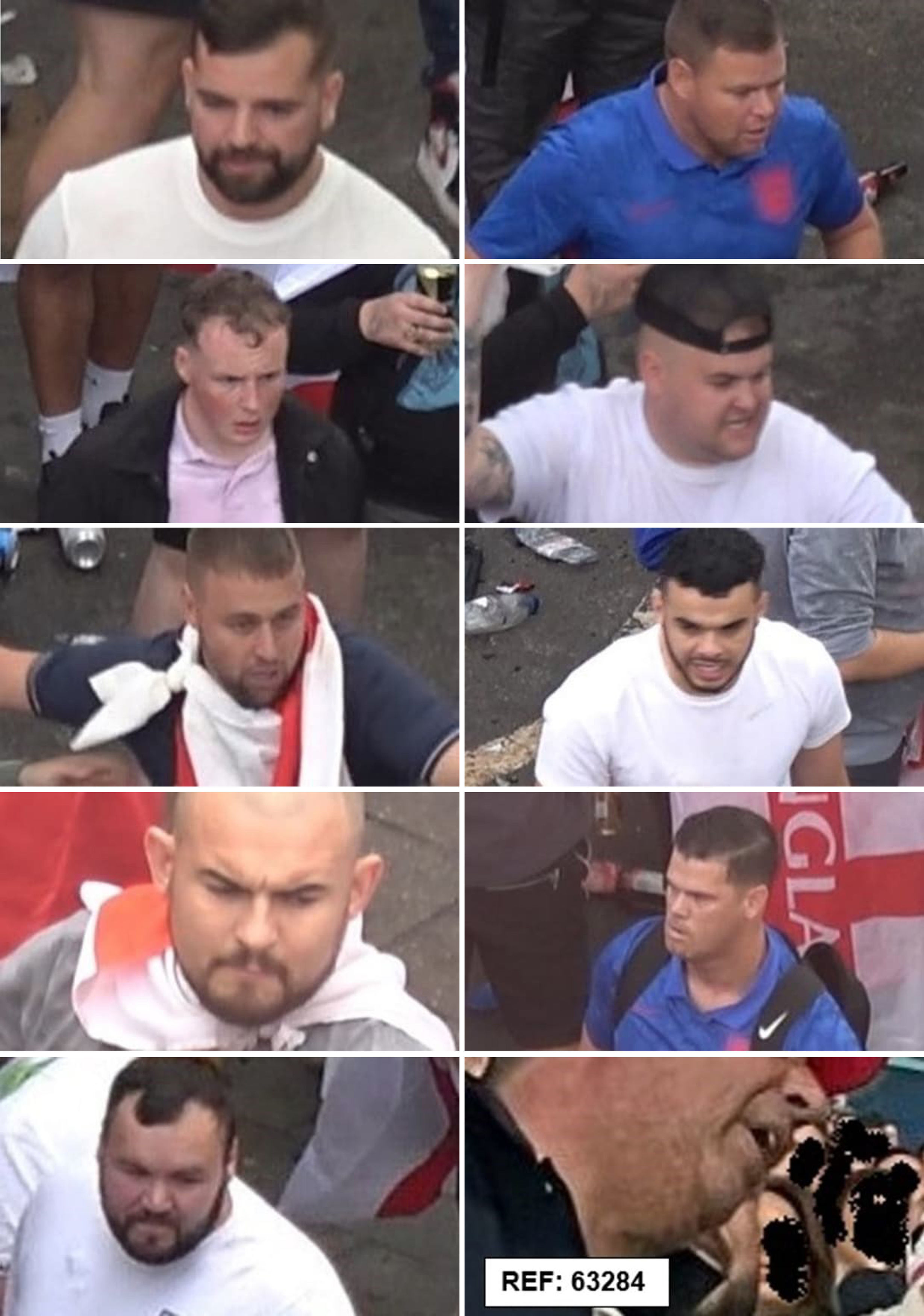 An estimated 2,500 ticketless thugs barged and blagged their way into Wembley Stadium last Sunday in an attempt to watch the game between England and Italy.

Crowds of people were filmed streaming up Wembley's outer stairwells ahead of the match, which saw England defeated 3-2 in an agonising penalty shootout.

The Met Police said in a statement that after the match "officers began the painstaking process of reviewing hundreds of hours of CCTV and body-worn video content from Wembley Stadium and other key locations".

It added: "The meticulous investigation will continue to identify further people of interest or indeed other offences which may have occurred."

Anyone who can identify the people in the released images is urged to contact the police.

Detective Sergeant Matt Simpson, from the Met's Public Order Crime Team, said: "Following the scenes of disorder both at Wembley Stadium and in central London, we made a commitment that those responsible would face consequences.

"Today's action is being taken to help identify those who we think have questions to answer.

"If you know who they are, we urge you to get in touch as soon as possible.

"This investigation is in its very early stages and I am in no doubt that further appeals and arrests will follow.

"We also continue to support police action across the UK to identify those responsible for the racist and offensive comments posted on social media."

The Met said on Friday that two men, both aged 18, were arrested on suspicion of stealing items that helped ticketless fans storm Wembley Stadium

Investigators have refused to comment on the alleged stolen objects.

The pair, from Ilford and Newham, East London, have now been released under police investigation for theft while inquiries continue.

The racial abuse of some England players following the match also marred its aftermath.

It prompted the Government to announce it is changing the terms of the football banning order regime to cover online racism.

Since the final, five people have been arrested over their alleged social media posts.

As of June 13, 897 football-related incidents and 264 arrests had been recorded across the country in the 24-hour period surrounding the final, according to the United Kingdom Football Policing Unit.

That took the number of football-related incidents during the tournament to 2,344, and arrests to 630. 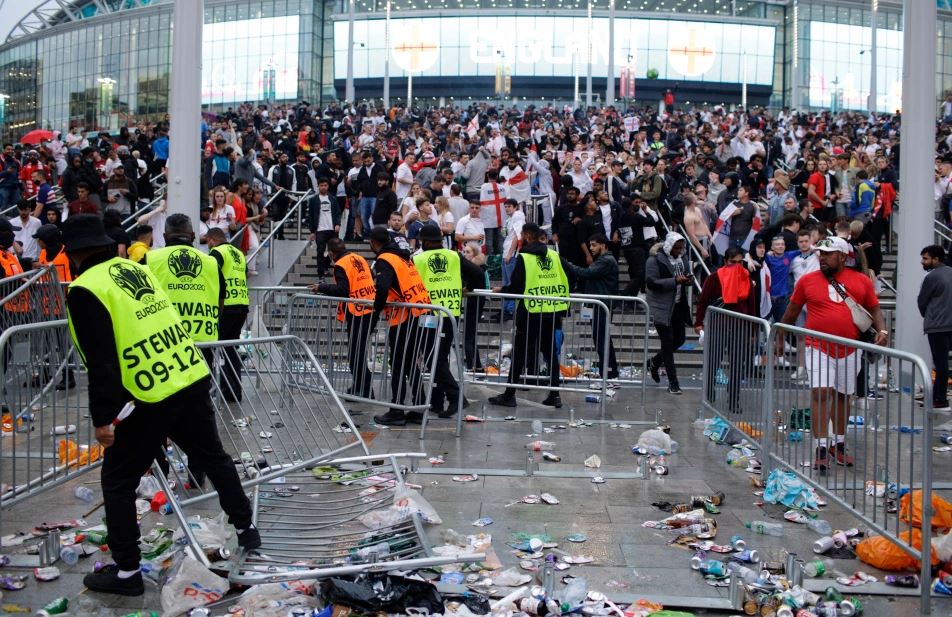 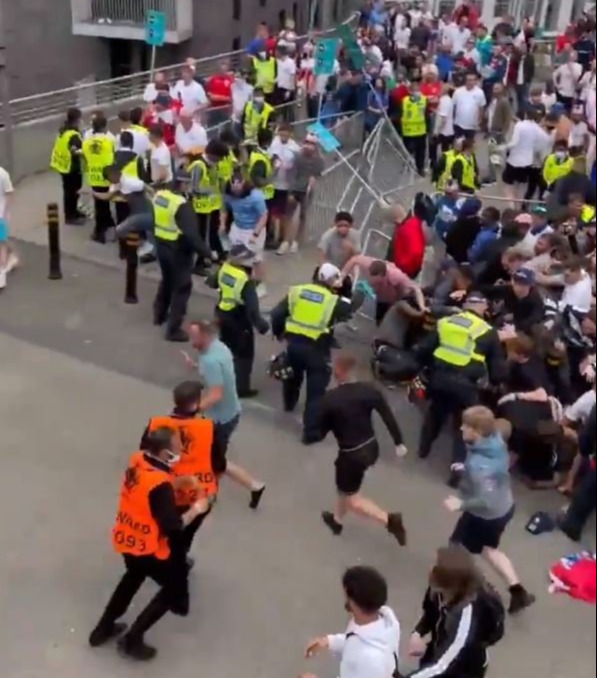