The boss of a popular holiday park in Cornwall has asked guests to clean the toilets for free as ‘healthy staff’ are being forced to self-isolate after being pinged by the NHS app.

The odd request for unpaid lavatory cleaners at Mother Ivey’s Bay holiday has sparked dozens of complaints, with many holidaymakers branding the request ‘outrageous’.

But park director Patrick Langmaid says he is ‘desperate and fearful’ because ‘healthy staff’ are having to self-isolate at the 15-acre park.

Under current rules people are told to self-isolate even if they test negative for the coronavirus and have already had both vaccines.

Latest NHS statistics shows the NHS app issued more than 350,000 alerts during the last week of June, 60 per cent up on the previous week. 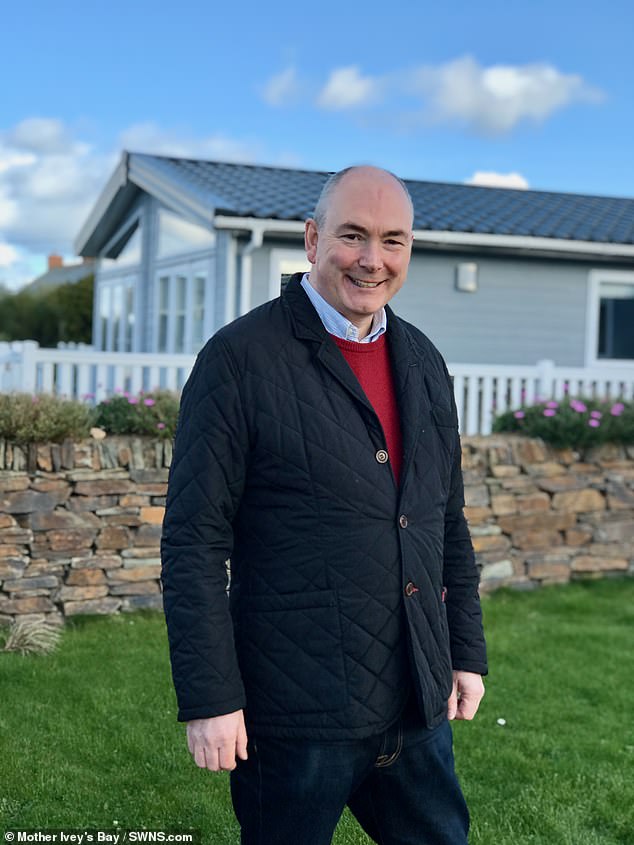 Patrick Langmaid, director of Mother Ivey’s Bay holiday park, asked guests to clean the toilets for free as ‘healthy staff’ are being forced to self-isolate after being pinged by the NHS app 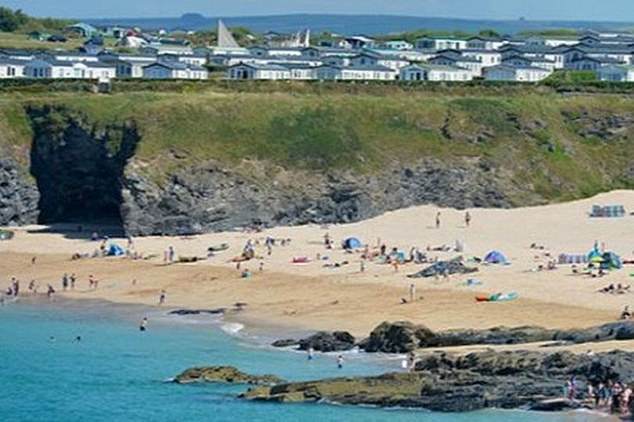 Holidaymakers at the park (pictured), overlooking the beach at Trevose Head, near Padstow, recieved the bizzare request via email

The growing number of people being forced into quarantine has led to growing fears it may create a lockdown ‘by stealth’ even after the country officially ends restrictions on July 19.

The rules could change after ‘Freedom Day’ next week if government advice on double jabs and isolation rules are reexamined.

Holidaymakers at the park, overlooking the beach at Trevose Head, near Padstow, recieved an email asking the staycationers if they would be willing to give up some of their holiday time to clean the park’s loo blocks.

Mr Langmaid wrote in the email that the park has been perilously close to closing its toilet blocks and cancelling holidays ‘because healthy staff who’ve tested negative are nevertheless required by law to self-isolate following an NHS ping’.

He said ‘With your help, toilet blocks could be kept open, and touring holidays saved.

‘The crunch time will be from now through to end-August. We reckon that by September the law will have been changed to allow healthy staff with negative tests to continue working.

‘I appreciate this is a very big ask, and many of you will either not be able to help, or will not wish to help, and that is of course fine.

‘These are, however, desperate times and we are exploring all our options, so we know which way we have to jump if too many of our team is ‘pinged’, leaving us unable to keep toilet blocks cleaned and guests safe.

‘Please be assured that if we are forced to cancel holidays then we will be making full refunds, not rearranging dates. 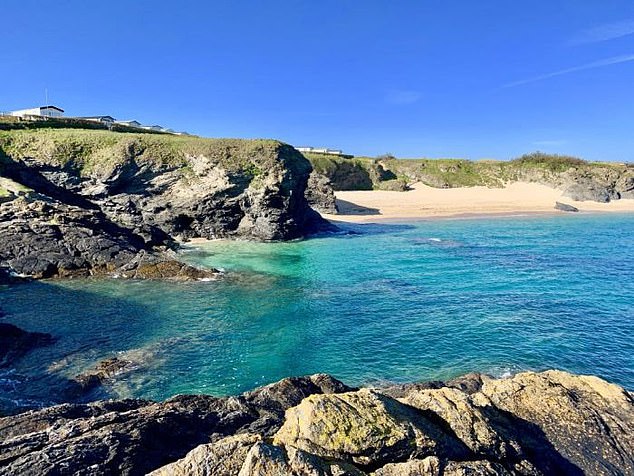 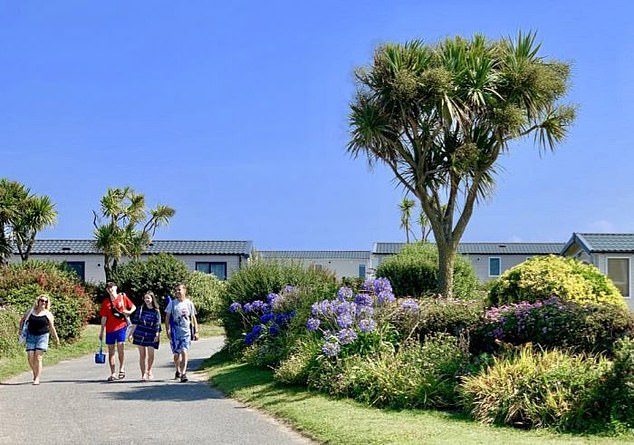 The holiday park said the plea had been ‘appreciated by the majority of guests’, but dozens of others complained

‘We are sending this email to test the water, and we look forward to hearing from any touring guest who is able to offer help cleaning toilet blocks during July and August.’

Mr Langmaid apologised to anyone offended by his email, but said he was ‘anxious’ and ‘desperate’ for help.

The holidaypark boss said his plea had been ‘appreciated by the majority of guests’, but he had been contacted ‘by a couple of dozen’ visitors who were angry and upset.

One guest who received the email said she thought the request was ‘outrageous’.

Mr Langmaid said: ‘I am only testing the water, but that’s how desperate, fearful and anxious I am about the current situation.

‘It would affect those that are tenting or whose caravans don’t have modern toilet facilities.

‘About 25 private caravan owners, who would be unaffected, have told me they will pitch in and will help clean the toilets when they’re down in order to help save other people’s holidays.’

Mr Langmaid hit the headlines last year when he decided to put his park, which has pitches for touring and static caravans, into lockdown ten days before the official Government date.

He says he’s concerned about the effects on businesses of healthy staff having to self-isolate. 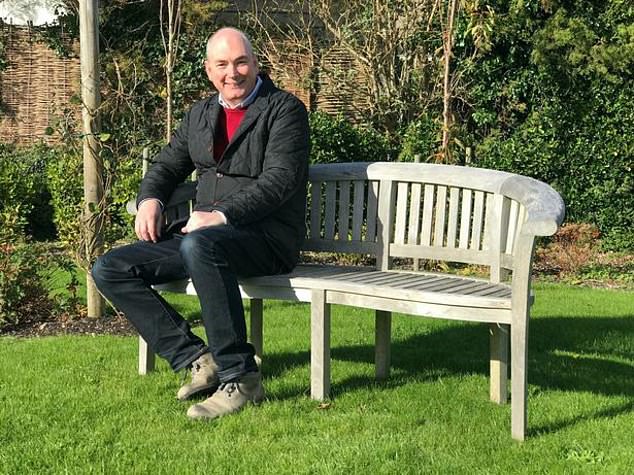 Mr Langmaid hit the headlines last year when he decided to put his park, which has pitches for touring and static caravans, into lockdown ten days before the official Government date

‘My primary concern is for the safety of my guests and my staff, so if we cannot keep the toilet blocks clean then we will be cancelling people’s holidays, which is the last thing I want to do,’ he said.

He said two of his 26 staff are currently self-isolating and if others are ‘pinged’ by the track and trace app, it will seriously affect the park’s ability to keep the toilets clean.

‘In my opinion, if staff are pinged and an initial PCR test is negative, they should then have daily lateral flow tests and if those are also negative they should be allowed to work.

‘People should be allowed to test and release, and not be trapped by self-isolating.

‘But I would not want to be the business that forces staff to work if they have been pinged.’

He was concerned that the Prime Minister would ‘smash business recovery if he does not sort our pinging and self-isolation’.

He has now consulted his lawyers to see if he can set up a system to allow healthy staff to work if they are tested following a track and trace alert.

‘What really breaks my heart is that I might have to cancel people’s holidays and I don’t want to do that.

‘People are holiday hungry…their emotional well-being is about having that family time.

‘What nonsense if I have to cancel people’s tenting holidays where they will be outside and in the safest place.’

Mother Ivey’s Bay takes its name from the legend of Mother Ivy who was a white witch who cursed a local family.

The 15-acre holiday park, which dates back to the 1930s, has access to a beach and has an on-site shop and other facilities.