During a Downing Street press conference led by Boris Johnson this afternoon, Chief Medical Officer Chris Whitty said rates of the deadly bug are surging among people in their late teens and early 20s. 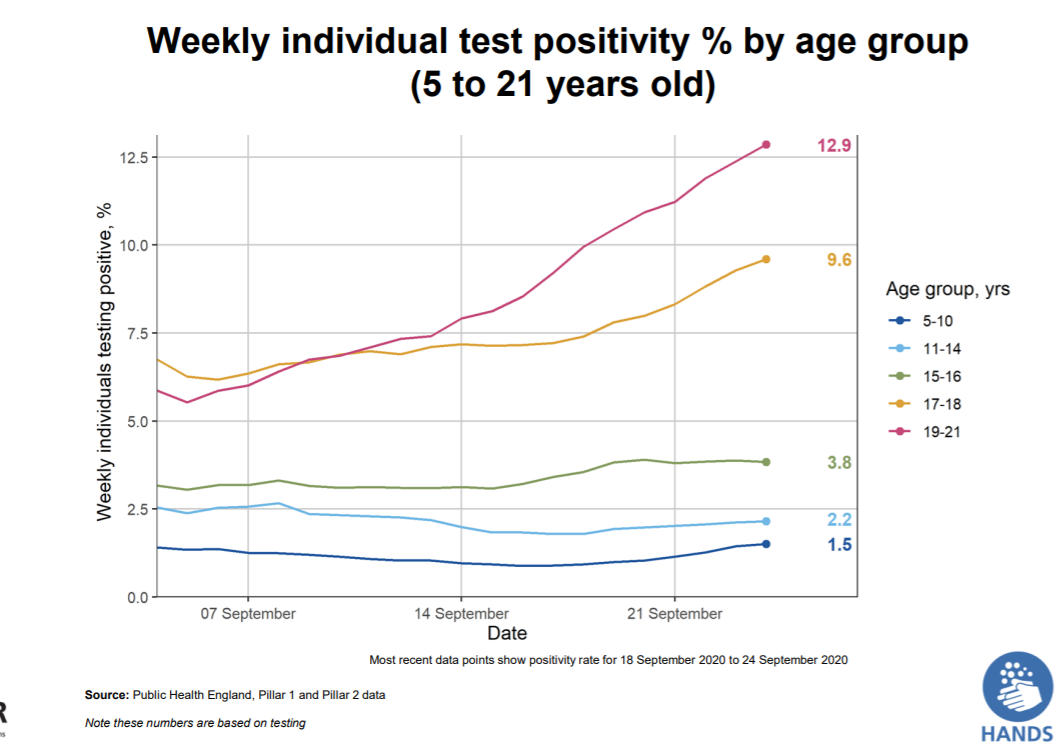 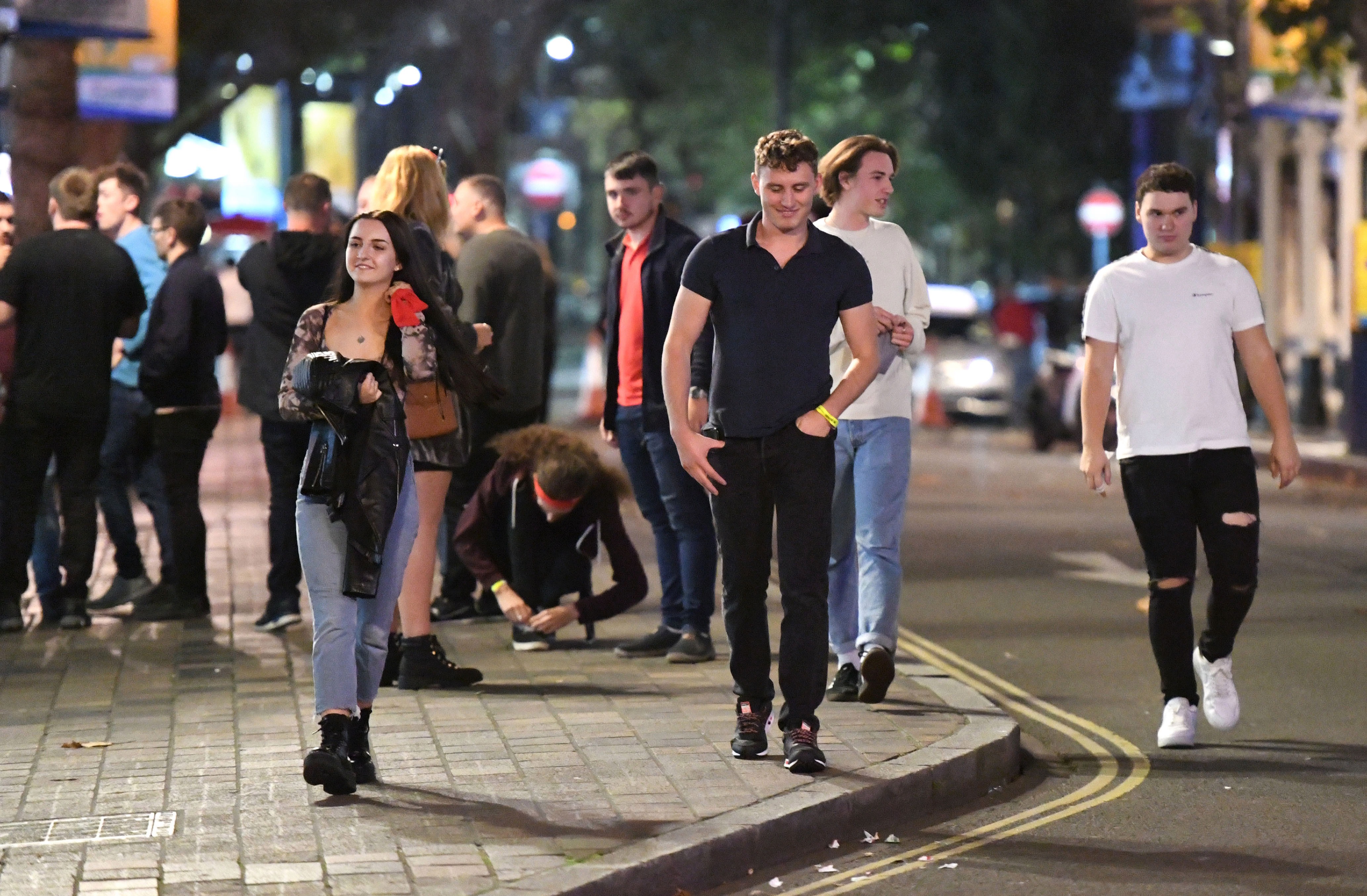 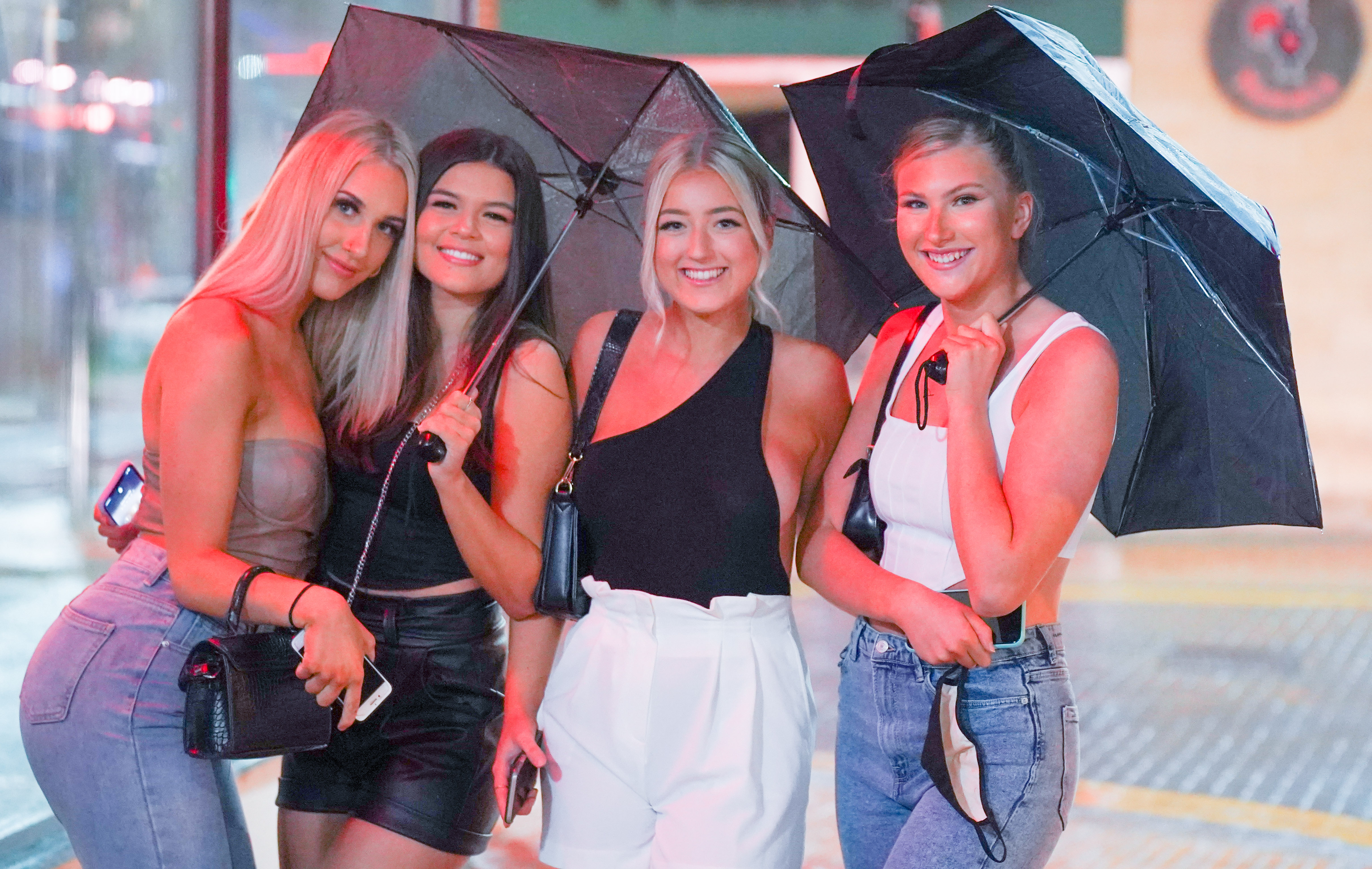 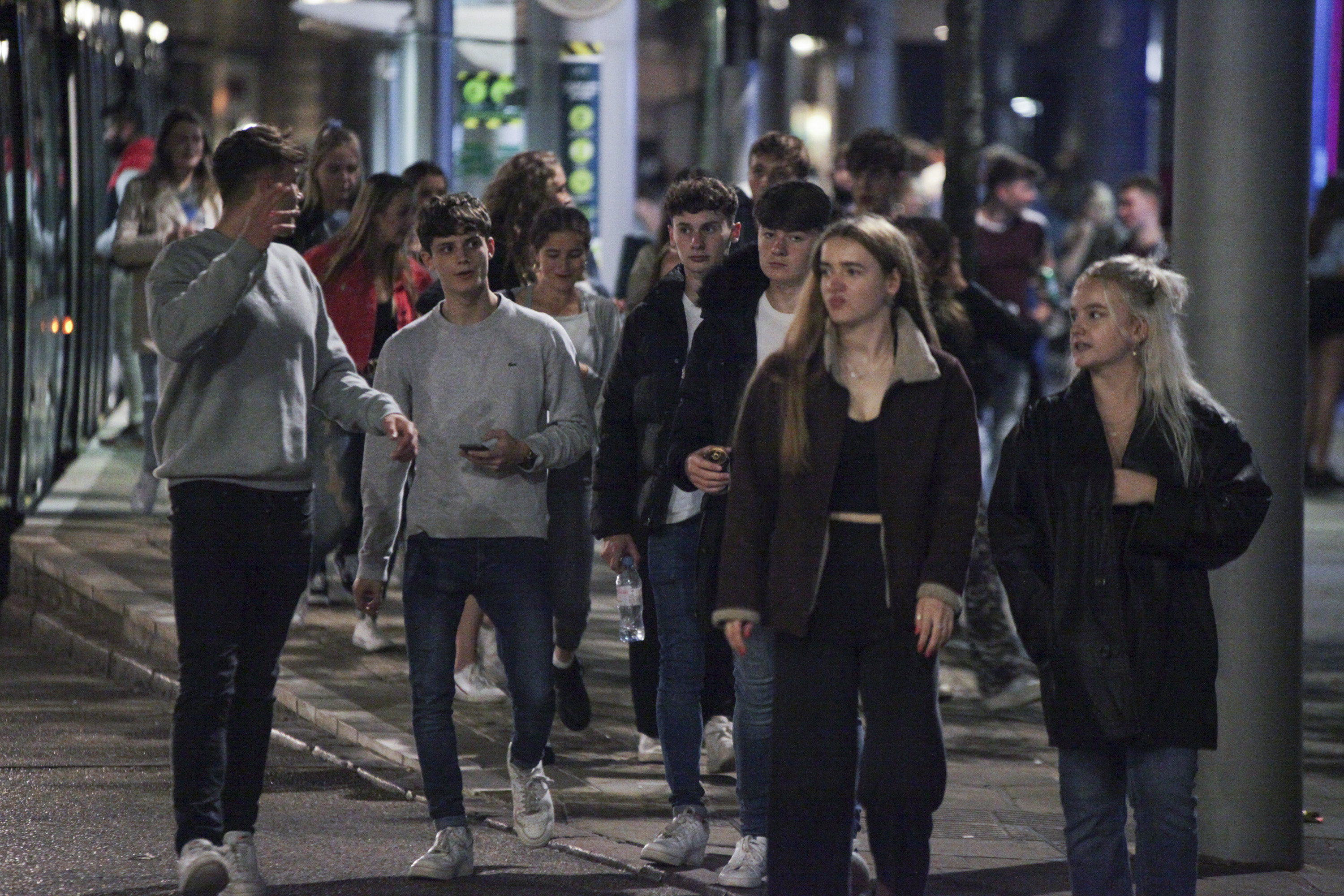 Universities have this month reopened to young people – leading to lockdowns at halls around the UK.

A graph shown during the conference shows how cases are rising among different age groups.

Professor Whitty said that in younger groups, "the rates are actually really not changing very much".

However, he said that for older children and young adults aged between 17 and 21, cases are increasing "quite rapidly".

"School age children is one of the areas where rates are not going up, and this is true across the country," he said.

During the same press conference, the PM told Brits they can't "throw in the sponge" in the fight against coronavirus now "no matter how impatient or fed up" we are with rules and restrictions.

And he again begged the nation to pull together and follow the rules in order to avoid another wide-spread lockdown.

He said only a "collective" effort and willingness to make "sacrifices" for others would bring cases down.

It comes as daily coronavirus cases stay above 7,000 for the second day in a row.

And another 71 Covid deaths were confirmed, meaning 42,143 have now died from the bug in Britain. 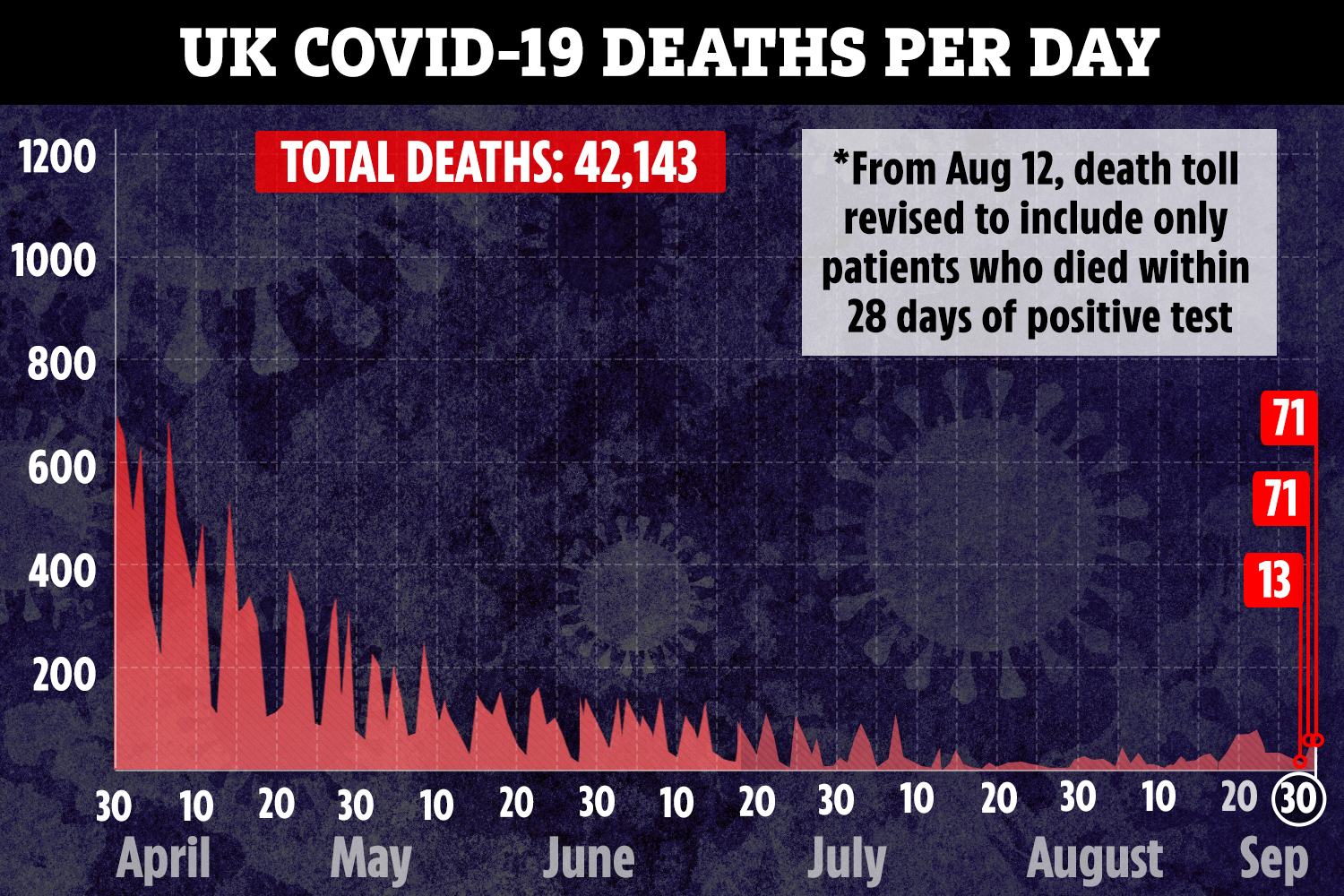 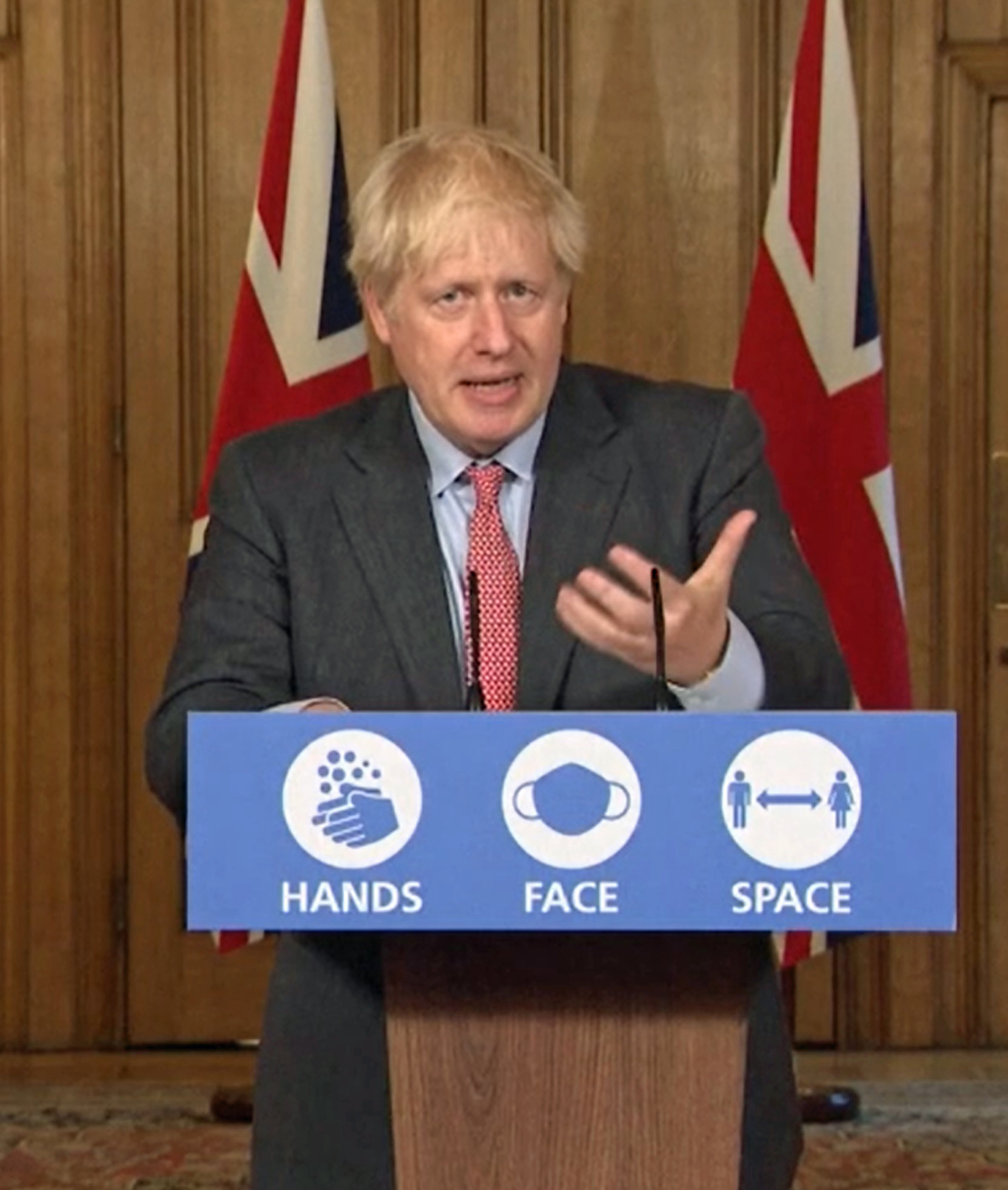 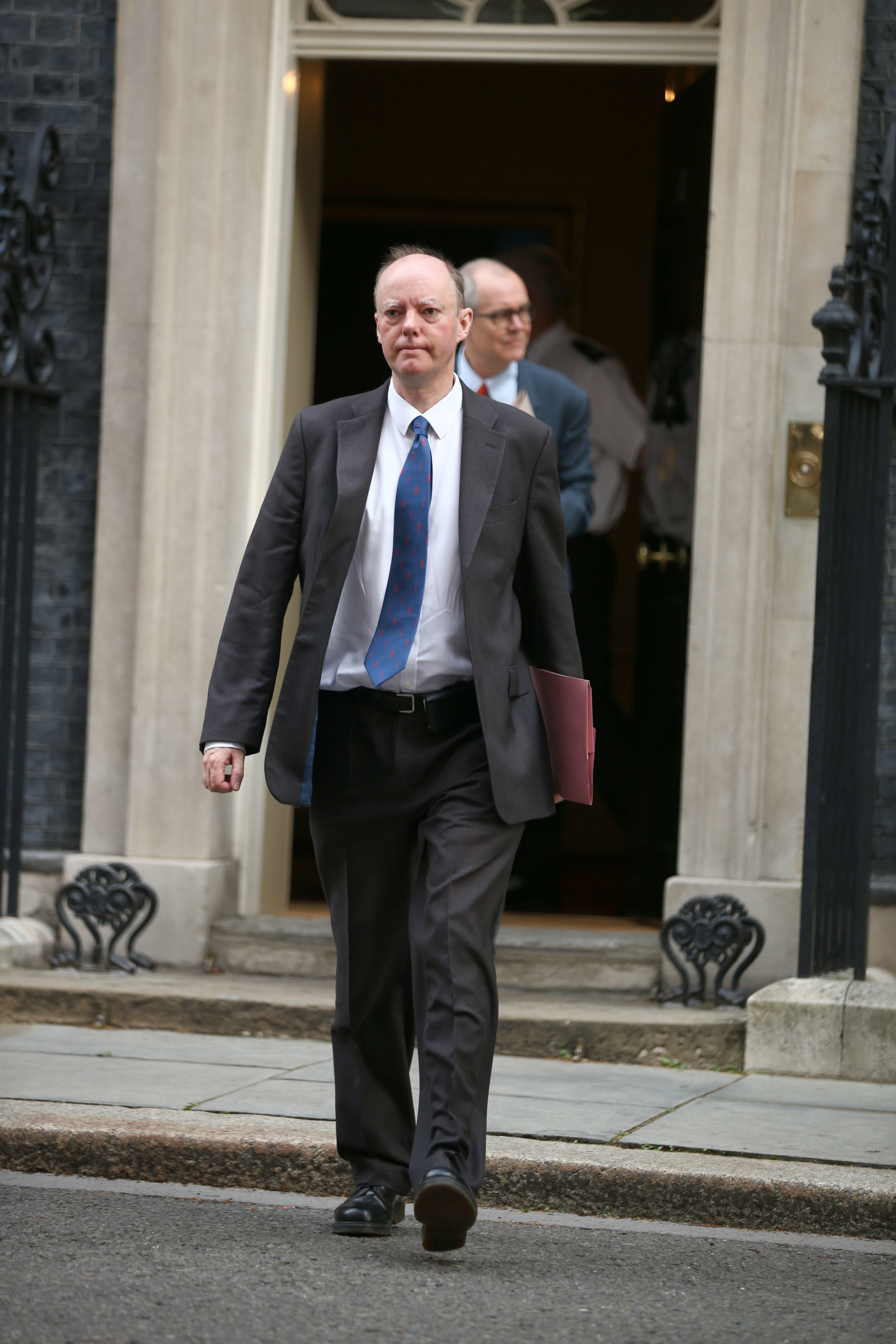 And today, it was revealed that one super-spreader who went to a house party is responsible for an outbreak that has hit 32 people at Swansea Uni.

Meanwhile, across the country, thousands of students are imprisoned in halls.

More than 500 cases have been reported across 30 sites, forcing students to be isolated in areas rife with the virus.

Manchester's Metropolitan University has been particularly badly hit, with 1,700 students trapped after 127 infections.

And this week, hundreds of students were filmed gathering at a late-night party in Coventry.

At least 200 students were videoed climbing on top of ping pong tables and raving at Arundel House, close to Coventry University's main campus.

The University and College Union called the situation “the latest catastrophe in a week where wholly predicted Covid outbreaks have caused havoc on campuses across the UK”.

Earlier this month, the Health Secretary blamed "affluent" young people for the rise in cases.

Matt Hancock told radio interviewers the dramatic rise in positive tests has been pinpointed to people aged under 25 living in some of the country's richest areas.

"We are seeing problems with social distancing. The rise in cases is largely among younger people, under 25s, especially between 17 and 21," he said.

"The message is that even though you are at lower risk of dying of Covid if you are of that age, you can still have really serious symptoms and consequences.

"Also, you can infect other people." 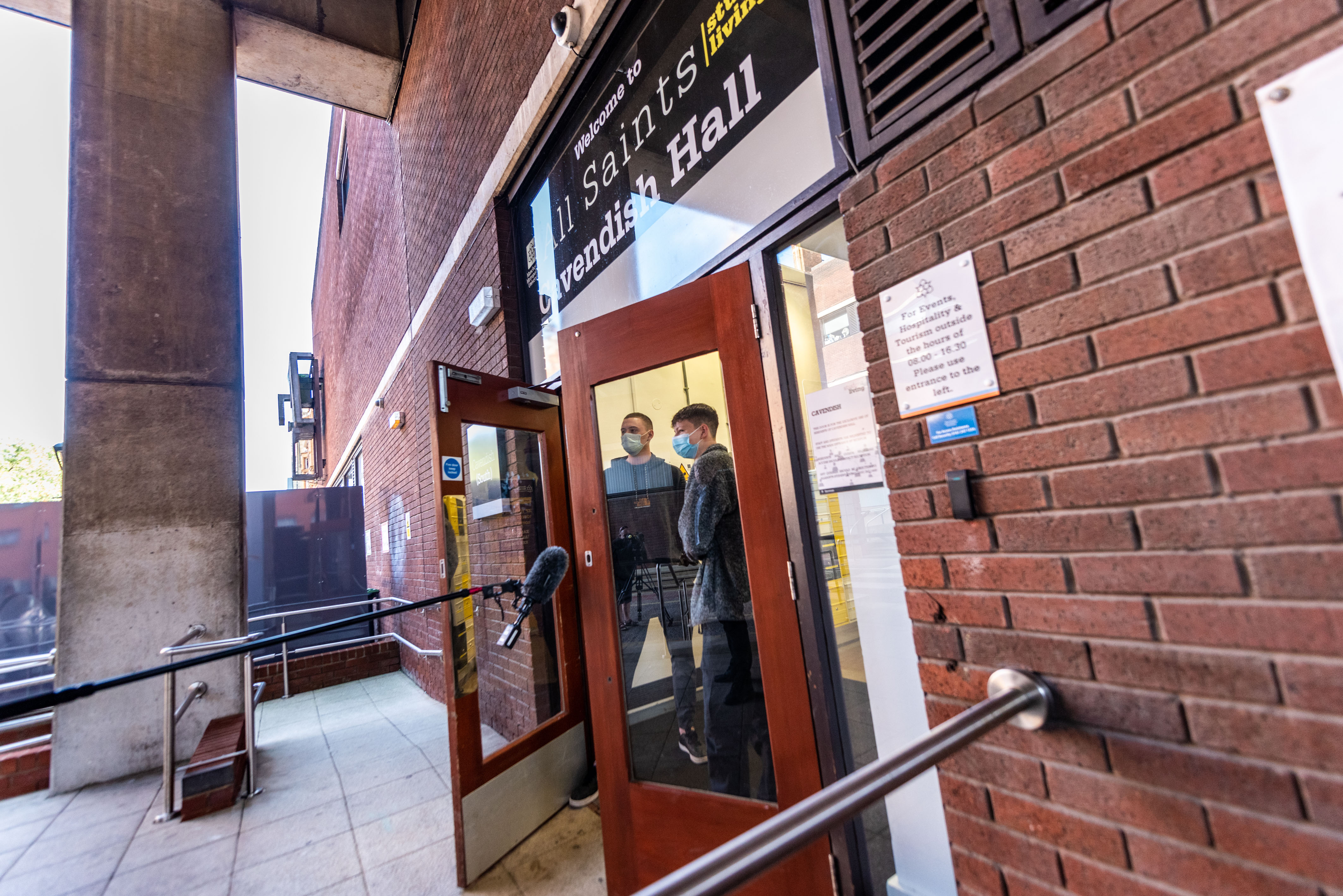 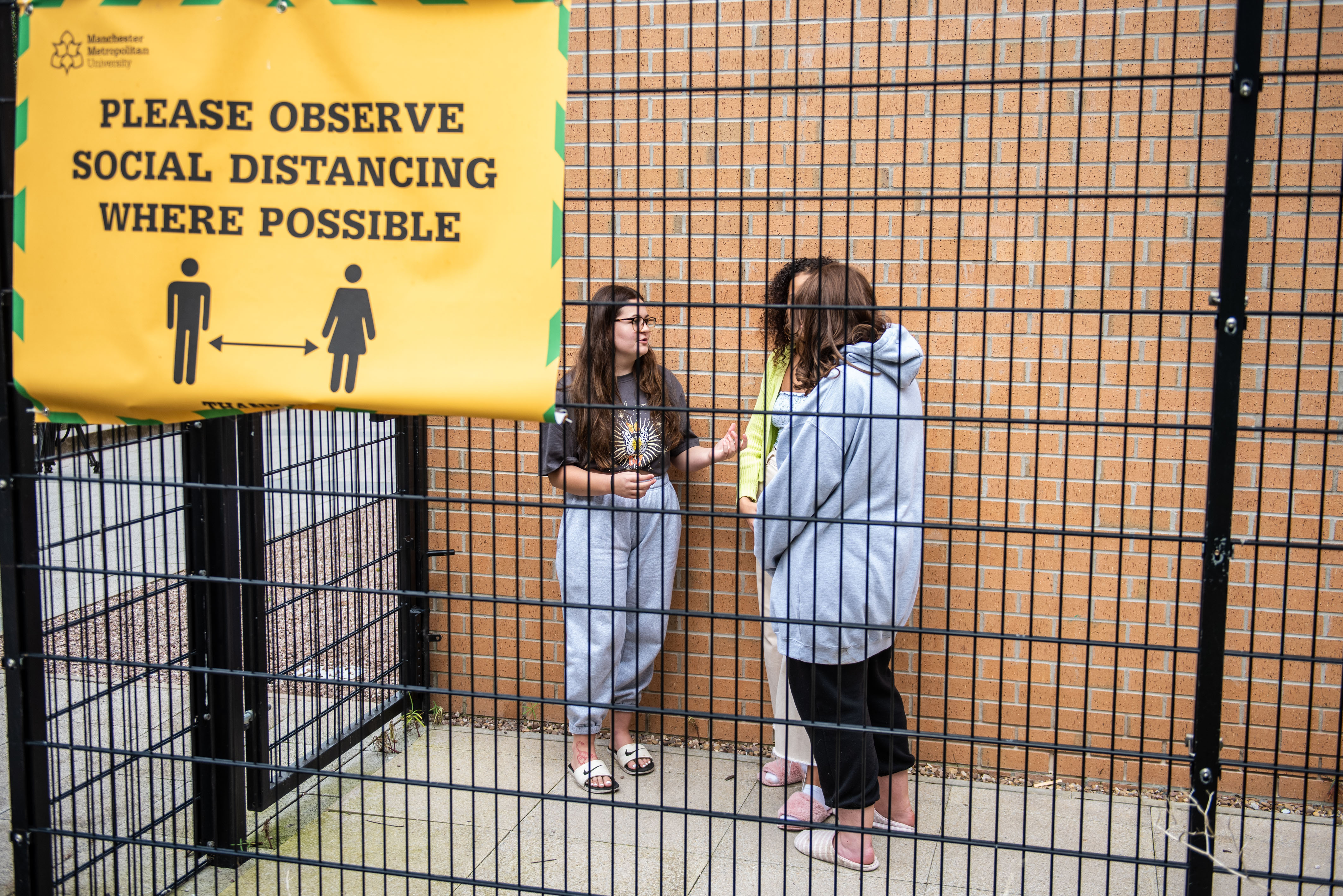 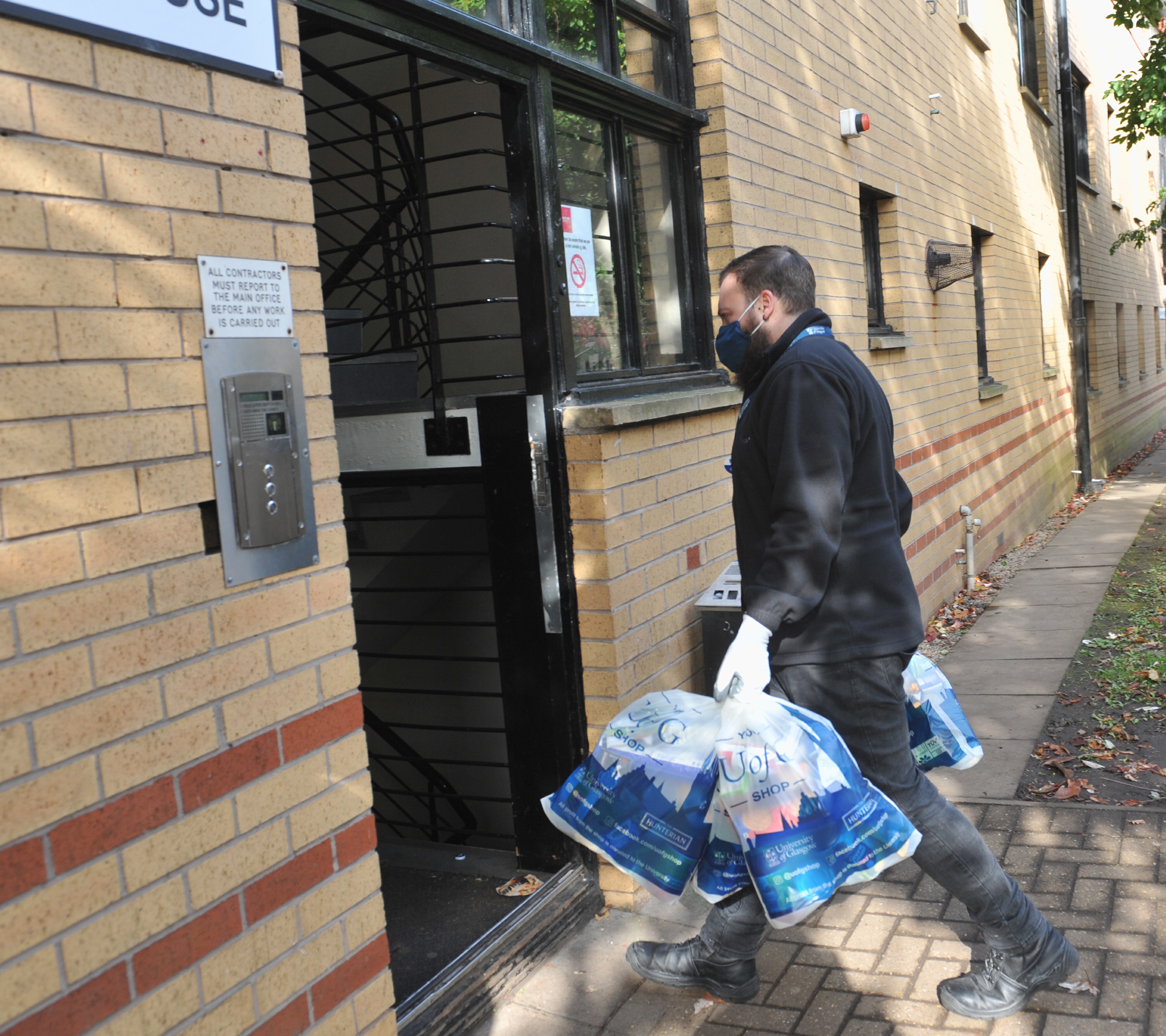 Family violence workers burnt out in midst of ‘shadow pandemic’