A MARRIED couple who suffered horror injuries when they were assaulted by a gang have been blamed by a judge for provoking their attackers with a hammer.

During a shocking brawl in May 2019, Teresa McIver, 50, was left seriously hurt with head injuries, broken ribs and a punctured lung, while husband Neil suffered a gaping head wound. 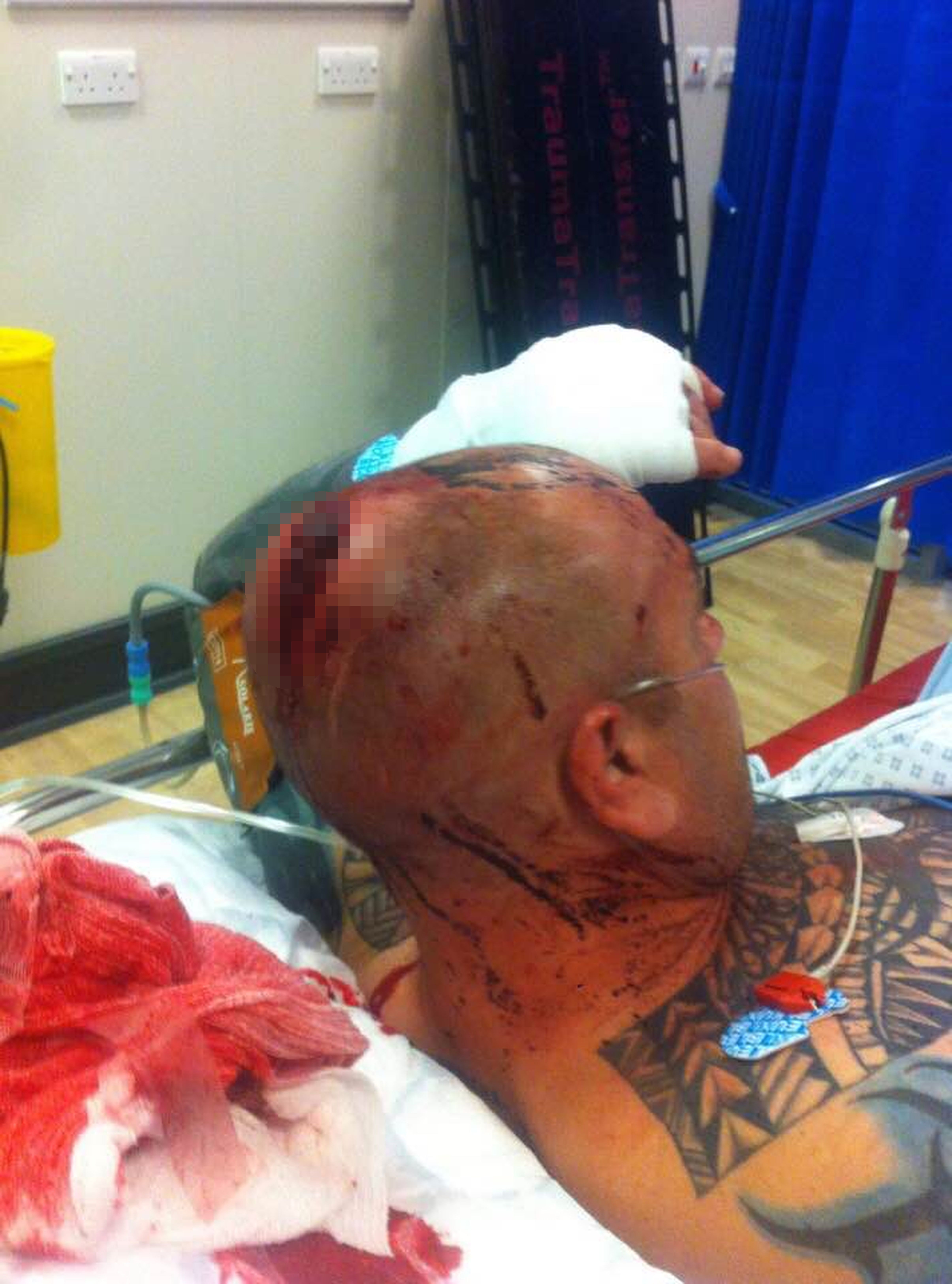 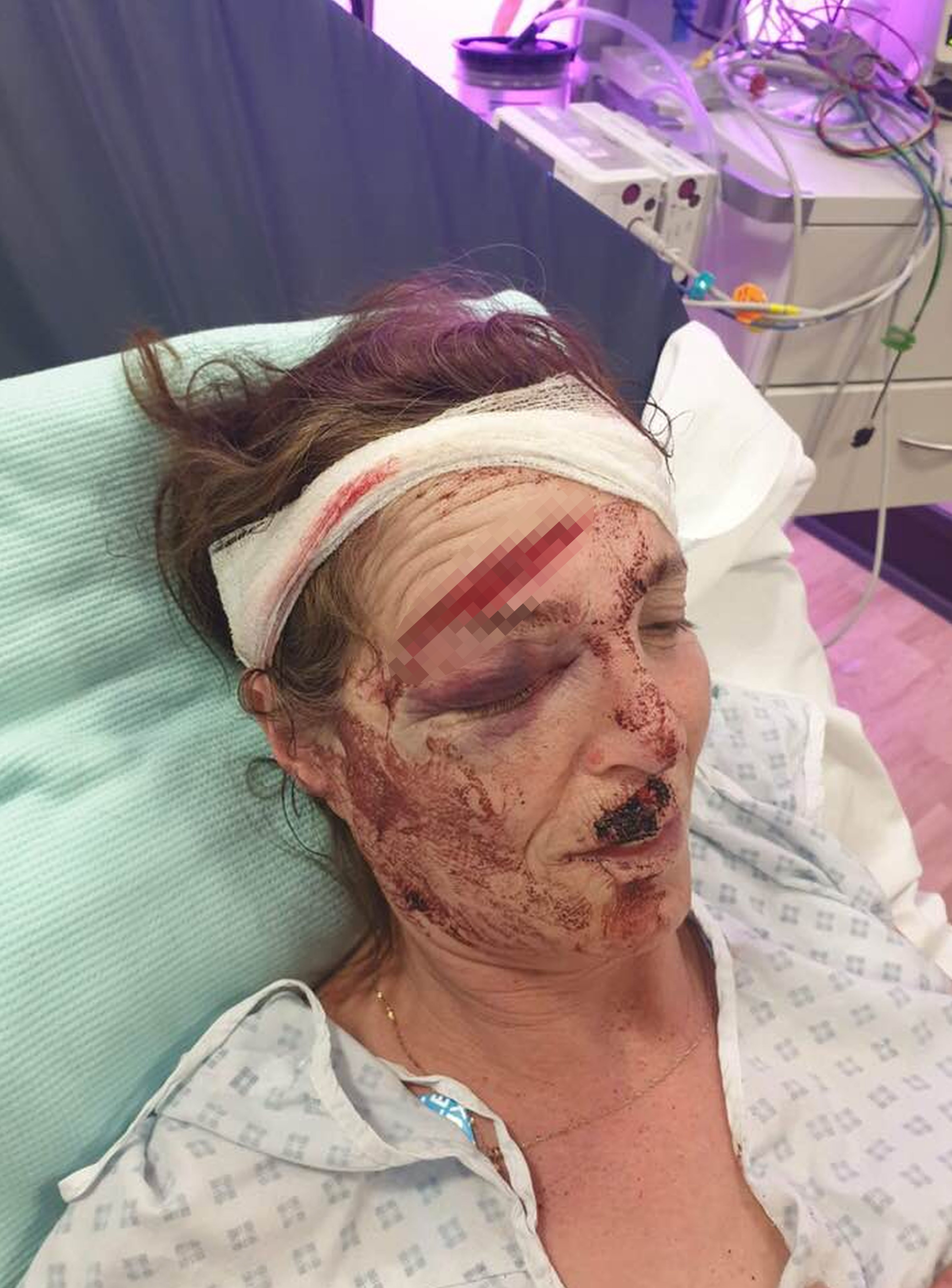 But this week, the couple were told in court there wouldn't have been any violence if they hadn't riled up their attackers.

And none of the men in the gang who battered the pair have been punished after proceedings were dropped.

The couple been married for just six months when they were involved in the terrifying incident outside their home in Grimsby.

Both were both badly hurt when a huge group of 12 men ripped off fence panels and began hurling them at the newly-weds.

But this week a crown court judge said the attack would never have happened in the first place if Neil McIver hadn't gone out to confront the gang armed with a hammer.

He remains the only person to be sentenced in connection with the case after admitting affray.

Prosecuting at Grimsby Crown Court, Michele Stuart-Lofthouse said a brawl broke out after McIver was involved in a row with a youth in the street.

He walked back into the house where he had been drinking with friends and picked up a hammer, the court heard.

And it was claimed a member of the gang heard McIver say: "I'm going to arm myself and take this grass out."

He then chased the gang into a nearby street, it was said. 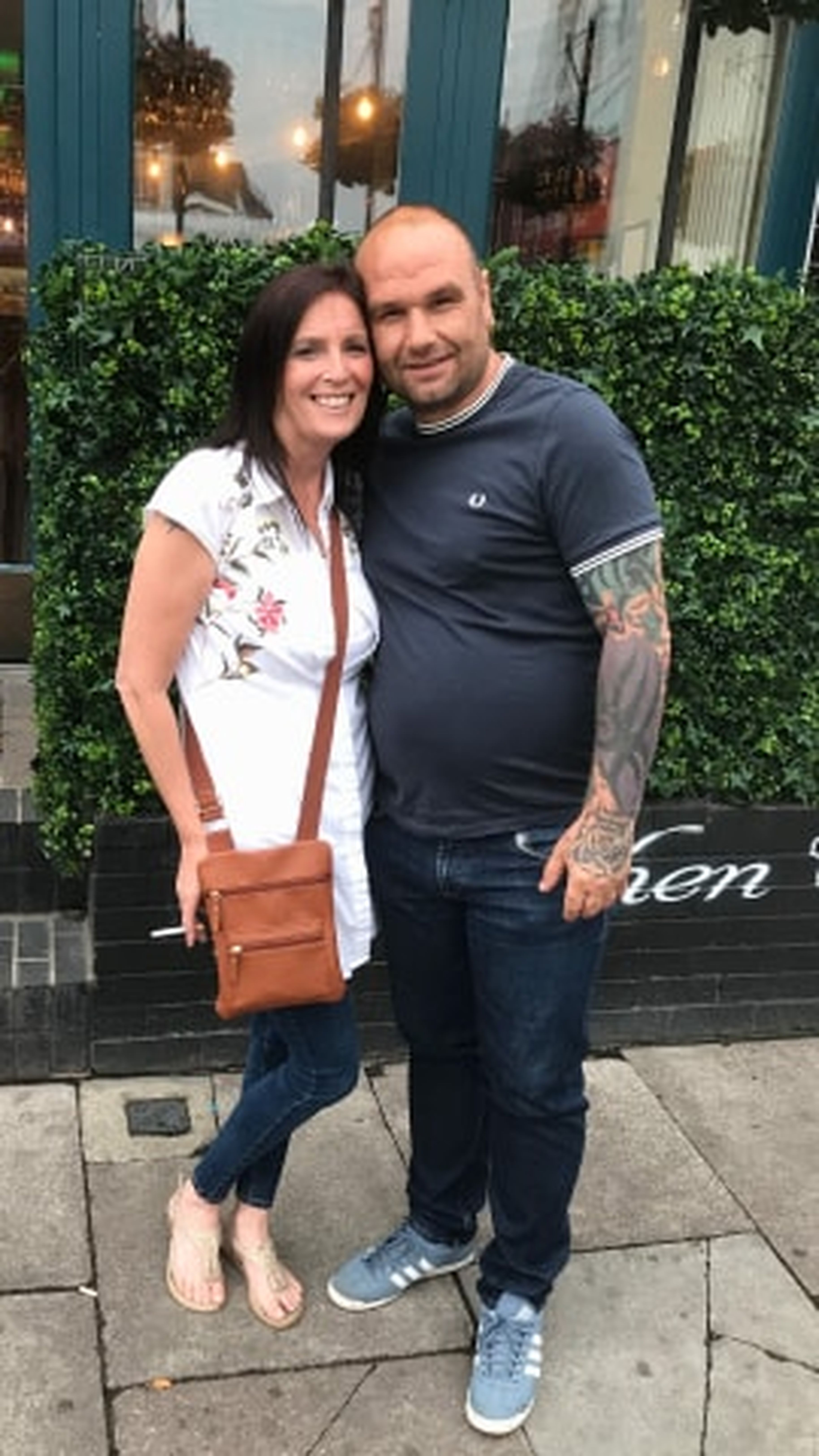 "A large scale fight broke out which residents described as mayhem. Many of those involved were bleeding," the prosecutor said.

“There were fence posts used and the other males threw objects. Teresa
McIver ended up on the floor."

The defendant denied carrying a weapon when he was later interviewed
by police and said it was "a mobile phone or car keys".

He claimed he was passed the hammer during the fight. There's no evidence the weapon was used to cause injury, the court heard.

During the sentencing hearing, Recorder Carl Gumsley said 47-year-old McIver was "let down by himself".

“If he had gone back into the house and stayed there, it would not have
happened. He provoked them by going out with a weapon," the judge said.

"It was terrifying. People have to live around people like you with this kind of behaviour.

"You could have stopped all this by not pursuing it."

It was heard that one member of the gang had been charged with wounding with intent. However, proceedings were dropped before the case came to trial.

Andrew Bailey, representing McIver in court, said the defendant has a "sense of grievance".

McIver was spared a prison sentence for his role in the brawl, and was instead ordered to comply with an 18-month community order and a six-month electronically-monitored curfew.

Mrs McIver, 50, told Grimsby Live she believed her husband had been killed during the fight.

The dementia care worker said: "At one point, Neil was hit over the head and knocked to the floor and I thought he was dead.

“It was just carnage.

“I think one of the neighbours must have called the emergency services and we were both rushed to hospital."

She said she still suffers with nightmares.

“My son and daughter were devastated. My mother also collapsed on the shoulder of my daughter and sobbed when she found out," she said.

“It’s not been easy at all. I have nightmares and I wake up fighting and throwing punches.

"We are both struggling to sleep and are watching the cameras all night waiting to see if someone knocks on the door.

“I don’t know where we would be if we didn’t have each other.

“Neil has been left feeling so guilty as he said that he should have protected me, but I wasn’t going to step back and watch."