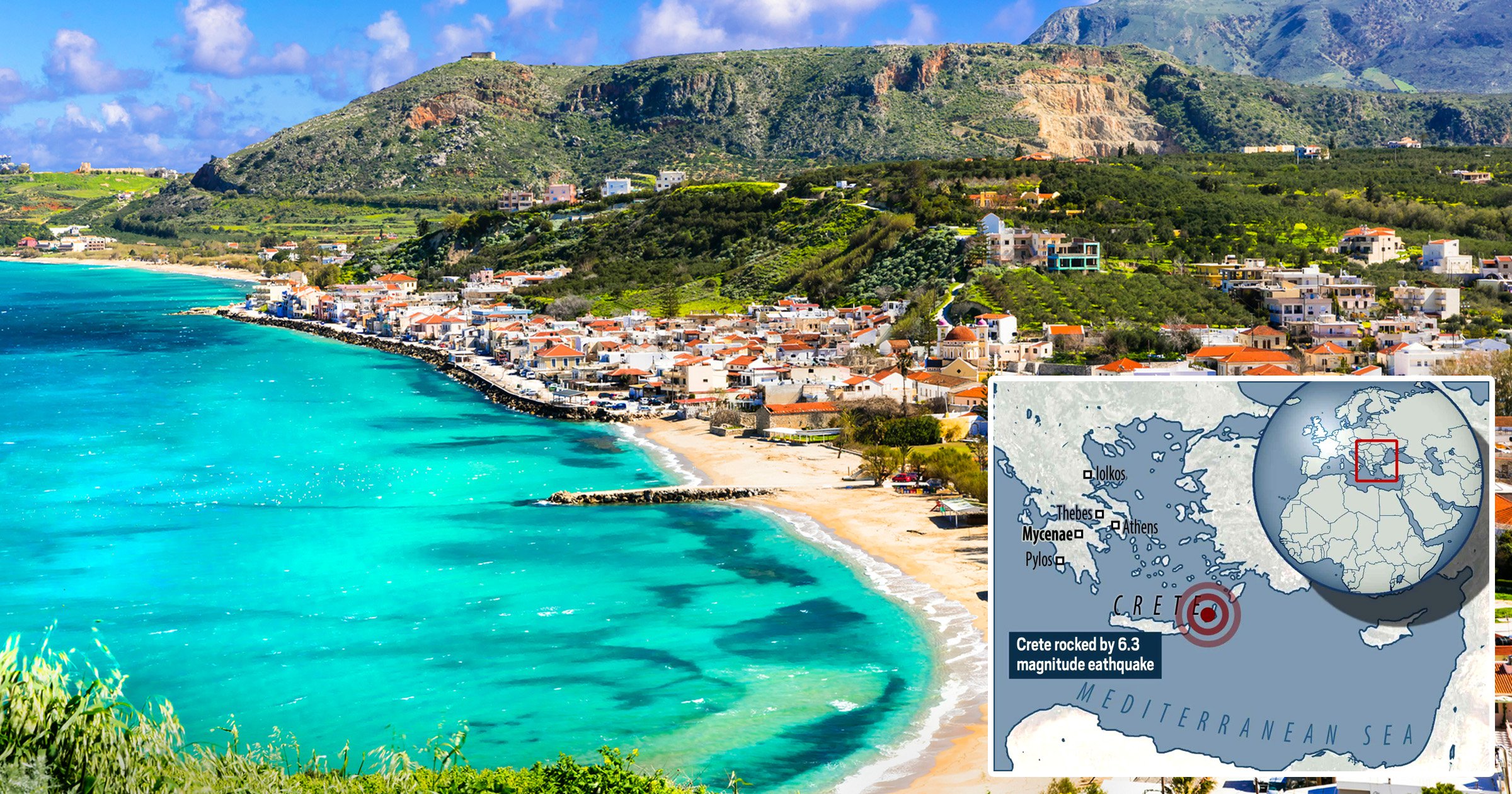 A 6.3 magnitude earthquake has struck the Greek island of Crete.

It comes just two weeks after another quake on the island killed a man and damaged hundreds of building.

There were no immediate reports of damage or injury.

The Geodynamic Institute in Athens said Tuesday morning’s had a preliminary magnitude of 6.3 and occurred under the sea off the eastern coast of the island.

That makes it closer to the surface than the 6.0 quake late last month and slightly stronger – though provisional reading then had registered it as more ferocious than it later turned out to be.

The epicentre was 23 km east of the village of Zakros and had a shallow depth of just 2 km, the organisation said.

The fire brigade had not received any immediate calls for help, a police official said.

A Greek seismologist said that Tuesday’s quake came from a different fault line to the incident on September 27.

This is a breaking news story, more to follow soon… Check back shortly for further updates.

Got a story? Get in touch with our news team by emailing us at [email protected] Or you can submit your videos and pictures here.